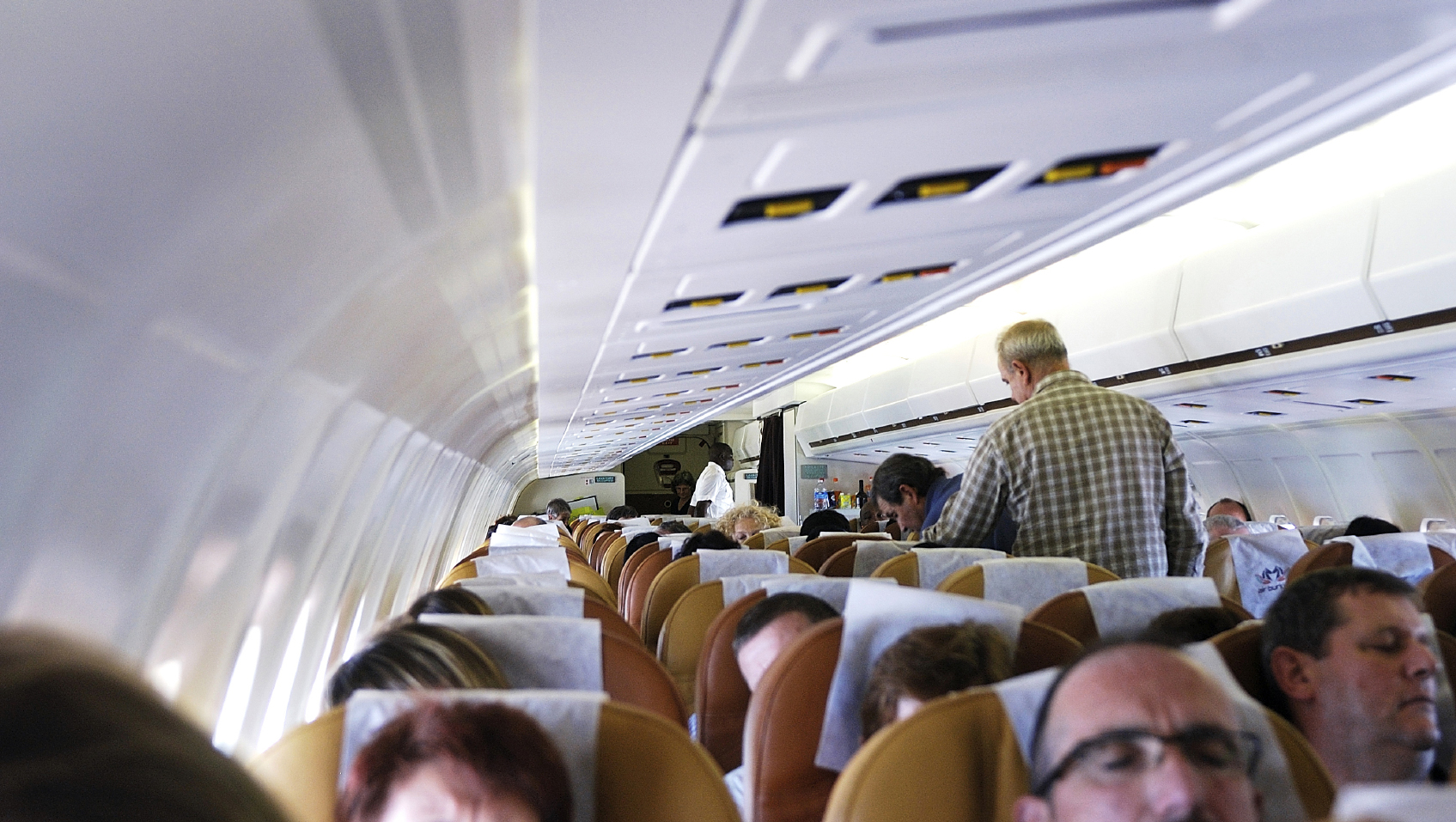 NEW YORK — As the indignities of modern air travel go, the latest ban on laptops and tablets on some international flights falls somewhere between having to take off your shoes at the security checkpoint and having your baby food and milk tested for bomb residue.

It’s yet another inconvenience in the name of security for weary travelers, especially those from or passing through the 10 mostly Middle Eastern and North African countries covered by new U.S. and British policies. While it’s not quite as disruptive as an outright ban on smartphones — much less a travel ban based on nationality — the laptop limitation loomed large for some people as they prepared to travel.

“Why are only Middle Eastern airlines subject to this ban?” asked Kelsey Norman, a doctoral student who plans to fly home Friday to Los Angeles from Beirut — and expects to have to check her laptop, a Kindle tablet and her DSLR camera. “Overall this policy is inconvenient, discriminatory, and continues to hurt America’s rapidly deteriorating reputation globally.”

The logic of the ban

The U.S. Department of Homeland Security rules forbid laptop computers, tablets, Kindles, some gaming devices, cameras and other electronics larger than a smartphone in carry-on baggage. The U.S. government cited unspecified threats as the reason for the ban. The U.K. government instituted a similar ban; neither government’s restrictions affect U.S.-based airlines.

On the positive side, items people can still bring with them to their seat items like smartphones, duffel bags, coats, tiny bottles of hand lotion, snacks, earplugs, nose hair trimmers, and babies. For now, at least — tomorrow could bring a new unspecified threat and with it a new ban.

Some, especially of the dutiful business traveler, worry that laptops in checked bags could be stolen, damaged or compromised - no to mention hours of down time in the air. Some tried rerouting flights to avoid the affected airports, but this is not easy.

Banu Akdenizli, a native of Turkey, said having to fly 17 hours without her laptop will cost her precious time to work and prepare for a conference.

“It might seem trivial to a lot of people, but what you get from these parts of the world are usually business travelers,” said Akdenizli, an associate professor of communications at the Doha, Qatar, campus of Northwestern University. “It’s not just about watching movies, but also being able to get some work done.”

Of course, others may well revel in a few hours of laptop-free time, stretched out in their luxurious middle coach seats rather than hunched over Excel spreadsheets. It wasn’t so long ago that such this was the norm for air travelers.

And there still are a few ways to make do without those laptops, tablets and portable DVD players. Sort of.

If you simply must work, it’s possible to take import documents into Google Docs and thumb away on your smartphone’s keyboard, at least so long as you remember to save them to your phone before you take off. But features can be limited with some apps; Microsoft’s Office app, for instance, only lets you open one document at a time.

Such apps are OK for simple proofreading and minor editing, but probably won’t do if you’re working on your novel. Among other things, the text is tiny on a phone screen, though there’s a way to temporarily reformat text for the smaller display.

Catching up on email or cleaning out your inbox could be another way to pass time without your laptop, especially if you shell out for in-flight Wi-Fi.

If you can resist the urge to work, you can download shows from Netflix or Amazon onto your phone. You might want to stick with comedies or TV shows rather than epics designed for big screens.

At least it’s not phones

For most of us, laptops and other gadgets play only a supporting role next to our smartphones. We go to sleep with it and greet it first thing in the morning.

Last fall, Samsung asked users of its fire-prone Galaxy Note 7 to “power down and stop using the device” when getting on a plane. (The phone was later banned, and then recalled.) People followed the directions but found clever workarounds, such as borrowing non-Note 7 phones from friends.

One big difference with that ban and today’s regionally based restrictions is that with the Galaxy, there were widely circulated videos of Note 7s bursting into flames. There was no doubt that this would be bad thing at 30,000 feet. Here, the threat is much harder to envision, travelers say.

A few manage anyway. Nick Lieber, a dual U.S.-Israeli citizen living in Jerusalem, plans an April trip to Chicago that will take him through Amman, Jordan, and therefore subject him to the ban. He said stowing his laptop in his checked luggage won’t be too inconvenient because he doesn’t anticipate having to work on the flight.

But he worries about laptop lithium-ion batteries — which have been blamed for past aircraft fires — stored in the plane’s cargo hold. “I’m a nervous flyer already,” Lieber said.