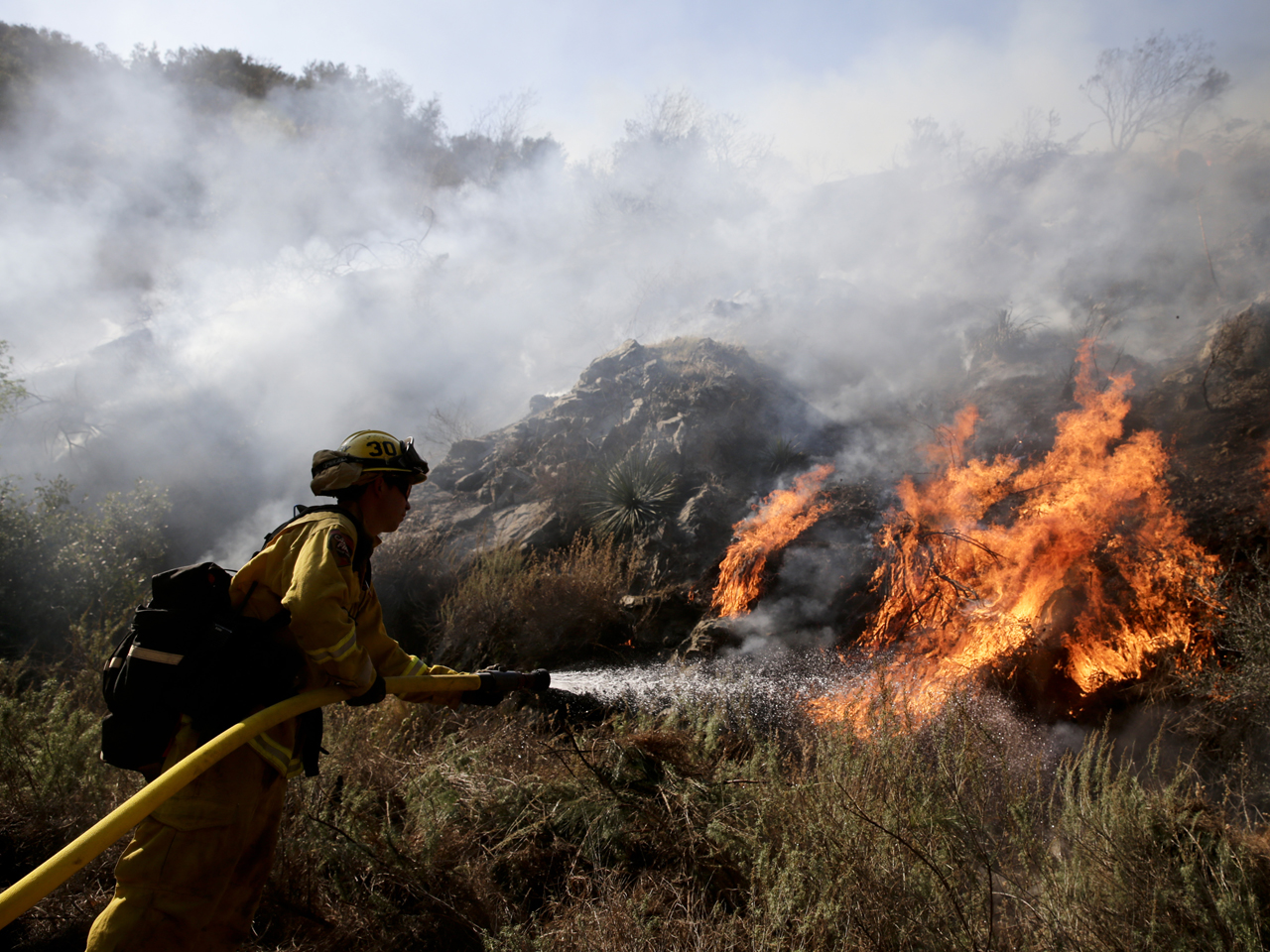 "It's starting to look fairly good," Brady said. "We're still in very dry conditions, so I would remind people to be careful out there."

The fire erupted early Thursday in the Angeles National Forest when Santa Ana winds hit a campfire that authorities said was recklessly set by three men. Gusts quickly spread flames from the San Gabriel Mountains into Glendora and Azusa, where some 3,700 people had to evacuate at the fire's peak.

Five homes were destroyed and 17 other houses, garages and other structures were damaged, according to early assessments.

The state is in a period of extended dry weather compounded in Southern California by repeated periods of the regional Santa Anas, dry and powerful winds that blow from the interior toward the coast, pushing back the normal flow of moist ocean air and raising temperatures to summerlike levels.

The dry conditions statewide led Gov. Jerry Brown to formally declare a drought Friday in order to seek a range of federal assistance.