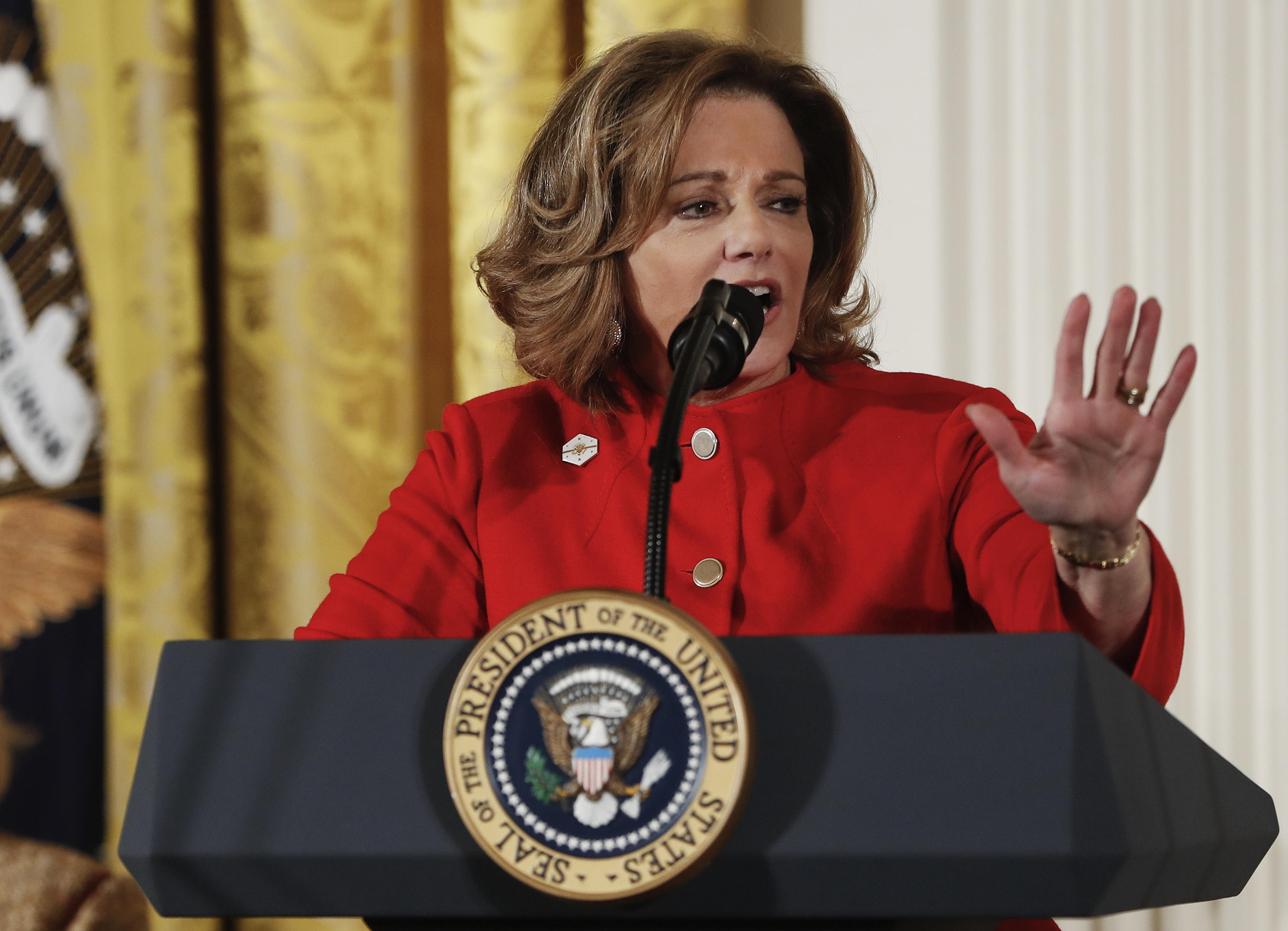 WASHINGTON -- President Donald Trump’s deputy national security adviser, K.T. McFarland, is leaving the White House and will be nominated to become U.S. ambassador to Singapore, according to a source close to the situation.

McMaster is still determining who will fill McFarland’s role. Dina Powell, deputy national security adviser for strategy, is one possibility. But the former Goldman Sachs executive is reluctant to give up her economic portfolio.

McFarland was offered the ambassador position last week, and submitted the paperwork, although she has not yet been formally nominated by the president. The position requires Senate confirmation.

The White House’s thinking behind the new role is that Singapore is one both one of four key Asia posts and an English-speaking location. The administration thinks she can represent the White House well to the business community.

McFarland was expected to brief reporters at the White House on events in Syria Friday, but the White House canceled the briefing an hour after it was supposed to start, perhaps a sign that her position was in jeopardy.

Political pundits have noted signs of Bannon’s waning influence with the administration, particularly in the national security realm, while McMaster’s grows.