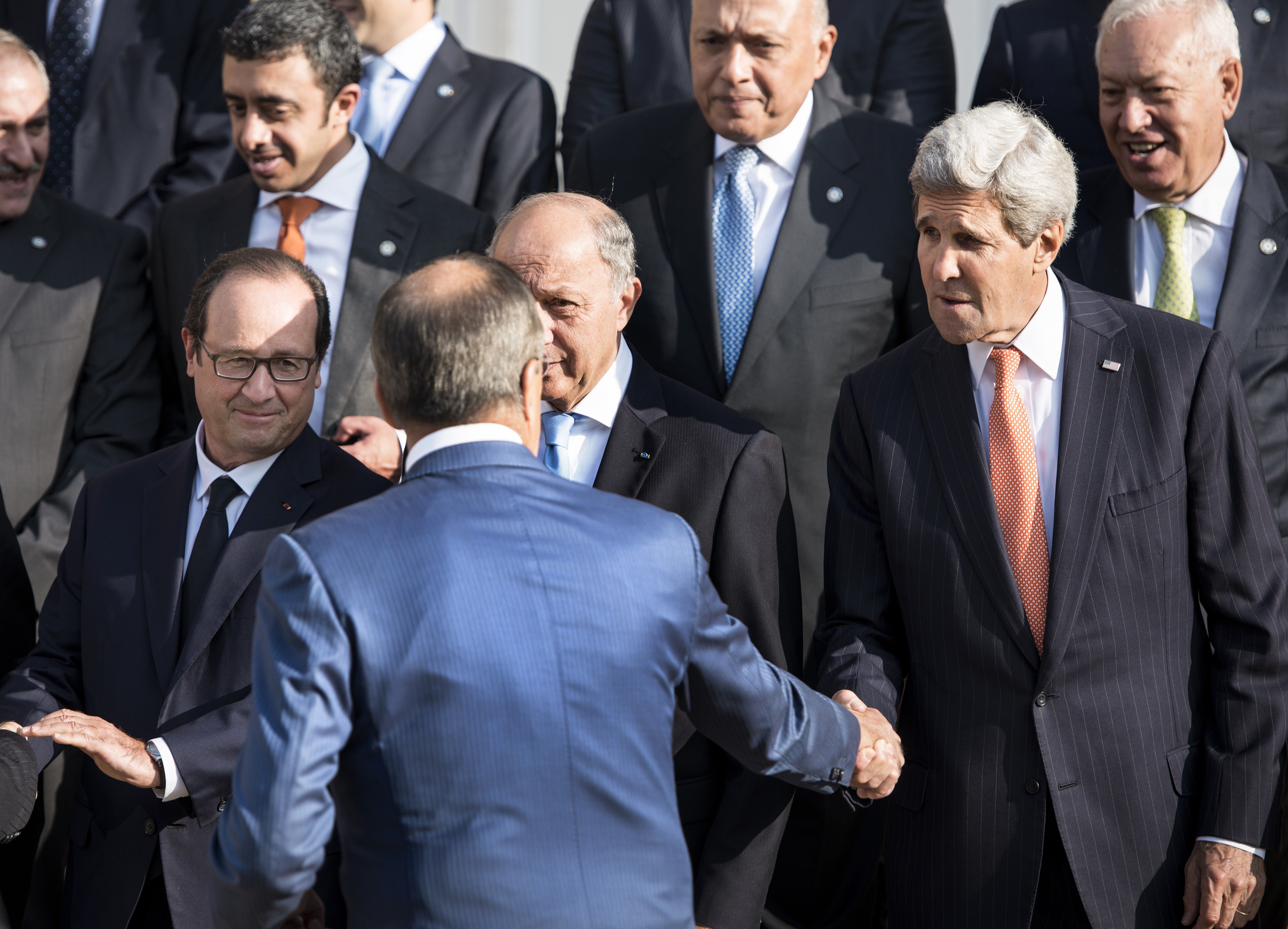 Secretary of State John Kerry on Monday said that stopping the flow of foreign fighters joining the Islamic State of Iraq and Syria (ISIS, also known as ISIL) will be far more important than airstrikes in the mission to stamp out the extremist group.

"The military piece is one piece. It's one component of this. It's a critical component, but it's only one component," Kerry said from Paris after meeting with representatives from 26 countries to discuss the effort.

"Probably far more important than the military, in the end, is going to be what countries are able to do to help Iraq to be able to step up -- and other places, by the way -- to step up and start drying up this pool of jihadis who get seduced into believing there's some virtue in crossing into Syria to fight or to join ISIL.

"What this effort has to do is literally dry up the money, dry up the foreign fighters, prevent the foreign fighters from going home back to various places to do harm," Kerry continued. "It has to start major efforts to delegitimize ISIS's claim to some religious foundation for what it's doing and begin to put real Islam out there and draw lines throughout the region."

After traveling through Europe and the Middle East for nearly a week to build a coalition against ISIS, Kerry returns to the United States on Tuesday. He'll brief politicians on Capitol Hill on Wednesday and Thursday and chair a United Nations Security Council session in New York on Friday.

Kerry said that there are "ample countries," both European and otherwise, that have offered to participate in air strikes against ISIS, "if you need to have a strike."

Retired Gen. John Allen, the leader of the international mission, has yet to decide on an operational strategy, but Kerry insisted, "We have the capacity and we have the people prepared to do it."

Allen is meeting with President Obama on Tuesday to update him on the process of devising a strategy.

"Part of what the United States is doing in terms of leading this coalition is assessing what contributions are necessary," White House spokesman Josh Earnest said Monday. "And then this will be a role for General Allen to play, is to match up those needs with the capacity and willingness of partners to fill those needs."