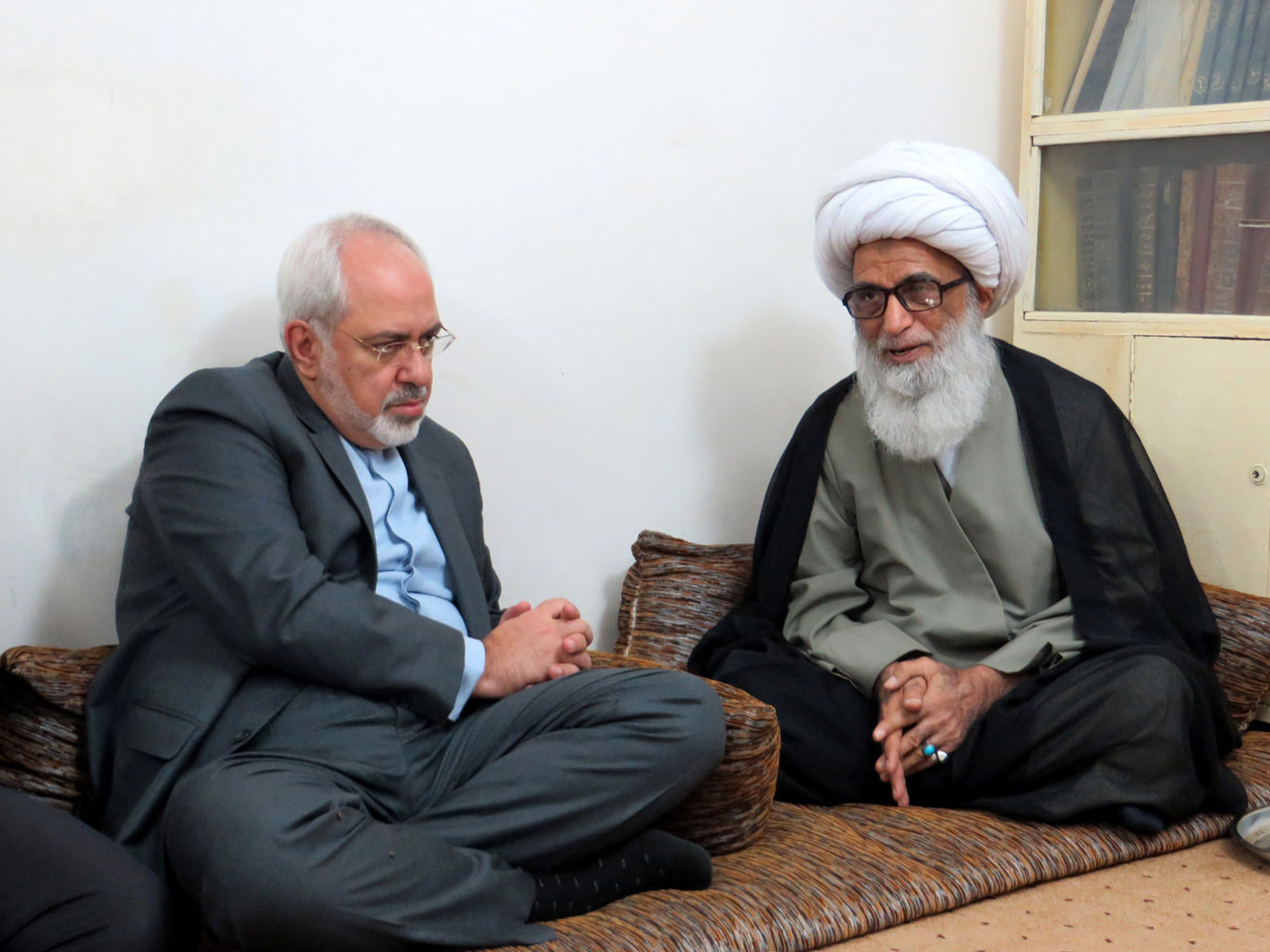 PARIS - Diplomats from around the world sought a global strategy to fight Islamic State of Iraq and Syria extremists Monday, while Iran ruled out working with any international coalition and rejected American requests for cooperation against the militants.

Neither Iran nor Syria, which together share most of Iraq's borders, was invited to the international conference in Paris. The gathering opened as a pair of French reconnaissance jets took off over Iraqi skies.

Muslim-majority countries are considered vital to any operation to prevent the militants from gaining more territory in Iraq and Syria. Western officials have made clear they consider Syrian President Bashar Assad part of the problem, and U.S. officials opposed France's attempt to invite Iran, a Shiite nation, to the conference in Paris.

Iranian Supreme leader Ayatollah Ali Khamenei, speaking on Iranian state television, said his government privately refused American requests for cooperation against the Islamic State of Iraq and Syria (ISIS, also known as ISIL), warning that another U.S. incursion would result "in the same problems they faced in Iraq in the past 10 years."

The state-run FARS News agency reports Khamenei said he rejected any cooperation because "they have a corrupt intention and stained hands."

Iran's ruler repeatedly cited Western nations' policy on Syria -- where Assad is a key regional ally for Iran but is considered illegitimate in the West -- as a roadblock to his government's ability to trust American intentions.

ecretary of State John Kerry said Monday the U.S. and Iran have discussed whether there was any way they could work together against ISIS.

A French intelligence official, speaking on condition of anonymity, last week told The Associated Press that "it would please a certain number of countries for Iran to step in to establish order" in Syria. He said that was the view of some Western powers.

The reluctance of the U.S. and its major Sunni allies in the region to engage the two nations most eager to combat ISIS is one of the bigger underlying problems, explains CBS News foreign affairs analyst Pamela Falk.

"The only nations which have been out front to offer boots on the ground are Iran and Syria," said Falk, "and the U.S. doesn't want it."

Again on Monday, SKerry ruled out coordinating with the Syrian government, although he vaguely described ways to communicate to avoid mistakes should the U.S. and its allies begin bombing the Sunni extremist group's safe haven there.

He spoke to a small group of reporters Monday after international diplomats met in Paris, pledging to fight ISIS "by any means necessary."

Speaking Sunday on "Face the Nation," Kerry insisted the objective was not to secure guarantees of boots on the ground -- from any nation.

"There are some who have offered to do so, but we are not looking for that, at this moment anyway," Kerry said.

U.S. State Department spokeswoman Jen Psaki declined to comment on specifics of any U.S. approaches to Iran, but said "we are not and will not coordinate militarily."

Russian Foreign Minister Sergei Lavrov insisted Monday that Syria and Iran are "natural allies" in the fight against the extremists, and therefore must be engaged, according to Russian news agencies.

"The extremists are trying to use any disagreements in our positions to tear apart the united front of states acting against them," he said.

Iraq's president, who has said he regretted Iran's absence, appeared ambivalent about Arab participation, saying his country needed the support of its neighbors - but not necessarily their fighter jets or soldiers.

Gulf states, particularly Saudi Arabia and the United Arab Emirates, have some of the region's best-equipped militaries, and they could theoretically provide air support to a broader international coalition. U.S. officials say the Emirates and Egypt were behind airstrikes against Islamic-backed militants in Libya last month.

With memories of the 2003 U.S. invasion of Iraq still fresh, the U.S. has so far been alone in carrying out airstrikes and no country has offered ground troops. An American official said several Arab countries had offered to conduct airstrikes, speaking on condition of anonymity to discuss the sensitive issue.

"The threat is global and the response must be global," French President Francois Hollande said, opening the diplomatic conference intended to come up with an international strategy against the group. "There is no time to lose."

The killing of David Haines, a British aid worker held hostage by the militants, added urgency to the calls for a coherent strategy against the brutal and well-organized Sunni group, which is a magnet for Muslim extremists from all over the world and rakes in more than $3 million a day from oil smuggling, human trafficking, theft and extortion, according to U.S. intelligence officials and private experts.

Iraq's President Fouad Massoum called for a coordinated military and humanitarian approach, as well as regular strikes against territory in the hands of the extremists and the elimination of their funding.

"There can be no sanctuary," Massoum said. "We have to dry up their sources of financing."

Speaking in his first interview since becoming Iraqi prime minister, Haider al-Abadi told state-run al-Iraqiyya in comments aired Sunday that he had given his approval to France to use Iraqi airspace and said all such authorizations would have to come from Baghdad.

British Prime Minister David Cameron said his country would continue offering logistical help to U.S. forces and that counterterrorism efforts will increase, describing ISIS as a "massive" security threat that cannot be ignored.