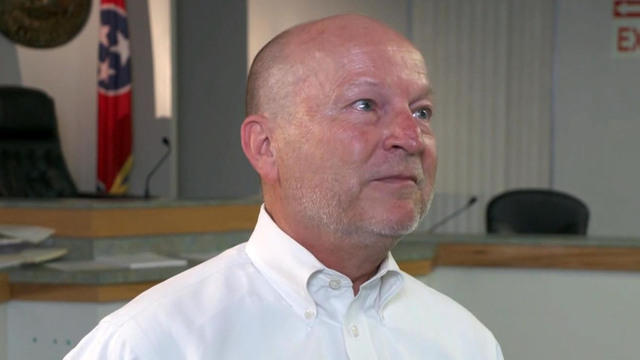 A judge in Tennessee has rescinded a controversial order that offered reduced sentences for inmates who underwent a birth control procedure and completed an educational course about addiction in newborns.

Judge Sam Benningfield in White County, Tennessee, initiated the program to combat the rise in infants born addicted to opioids, he told "CBS This Morning" last week. Benningfield said 80 to 90 percent of cases he encounters involve drug or alcohol abuse. The number of babies born with symptoms of withdrawal has increased 10-fold since the early 2000s.

Benningfield said he wanted to help prospective mothers and fathers from passing on addictions to their children, and conceived of the sentence reduction plan to provide an incentive for inmates.

Under the standing order issued in May, inmates could receive a two-day reduction in their sentence for completing a course provided by the Tennessee Department of Health on the dangers of neonatal abstinence syndrome, or NAS. Male inmates who underwent a vasectomy procedure and women who got a Nexplanon contraceptive implant in their arms -- offered free of charge from the health department -- would have an additional 30 days shaved off their sentences.

Participation in the program was voluntary. Vasectomies are reversible, but the results of the procedure can not always be guaranteed. Meanwhile, and the female implants last for three years. As of last week, 38 men and 24 women had participated.

Critics slammed the order as unconstitutional, saying it amounted to coercive sterilization of inmates. The ACLU in Tennessee (ACLU-TN) said the program "amounted to the government coercing people not to procreate" in a statement.

In a court document released Thursday, Benningfield rescinded the original order, writing that the health department had told the court it would no longer offer its services free of charge.

Benningfield told CBS News he stood by the program and was forced to shut it down after the health department pulled its services.

"I did not change my mind," he said in a text message. "The health department succumbed to the pressure and withdrew their offer of services. I had nothing to offer so rescinded the order. I bet they didn't tell [you] that part."

Reached on Thursday, Shelley Walker, the deputy director of the office of communication and media relations at the Tennessee Health Department, explained that the agency began its services to the prison population in February and did not withdraw an offer of services to them. She said the department was "never part of development of any program to offer reduced sentences to any incarcerated persons in exchange for receipt of health services."

But Walker later acknowledged that the department talked to Benningfield and "let him know we would not be able to provide services consistent with his previous order." She said "doing so would raise concerns about influences on personal choice and patients' ability to provide informed consent."

Walker said inmates "may be counseled to contact the health department upon their release" to receive services, which are provided "to any patient who requests them."

The ACLU-TN celebrated Benningfield's decision to rescind the order.

"To the individual faced with these collateral consequences of time spent behind bars, a choice between sterilization or contraception and a reduced jail sentence is not much of a choice at all," said Hedy Weinberg, the group's executive director. "The judge's order crossed a constitutional line and we are pleased that he rescinded it."

This story has been updated to correct Shelley Walker's title at the Tennessee Health Department.