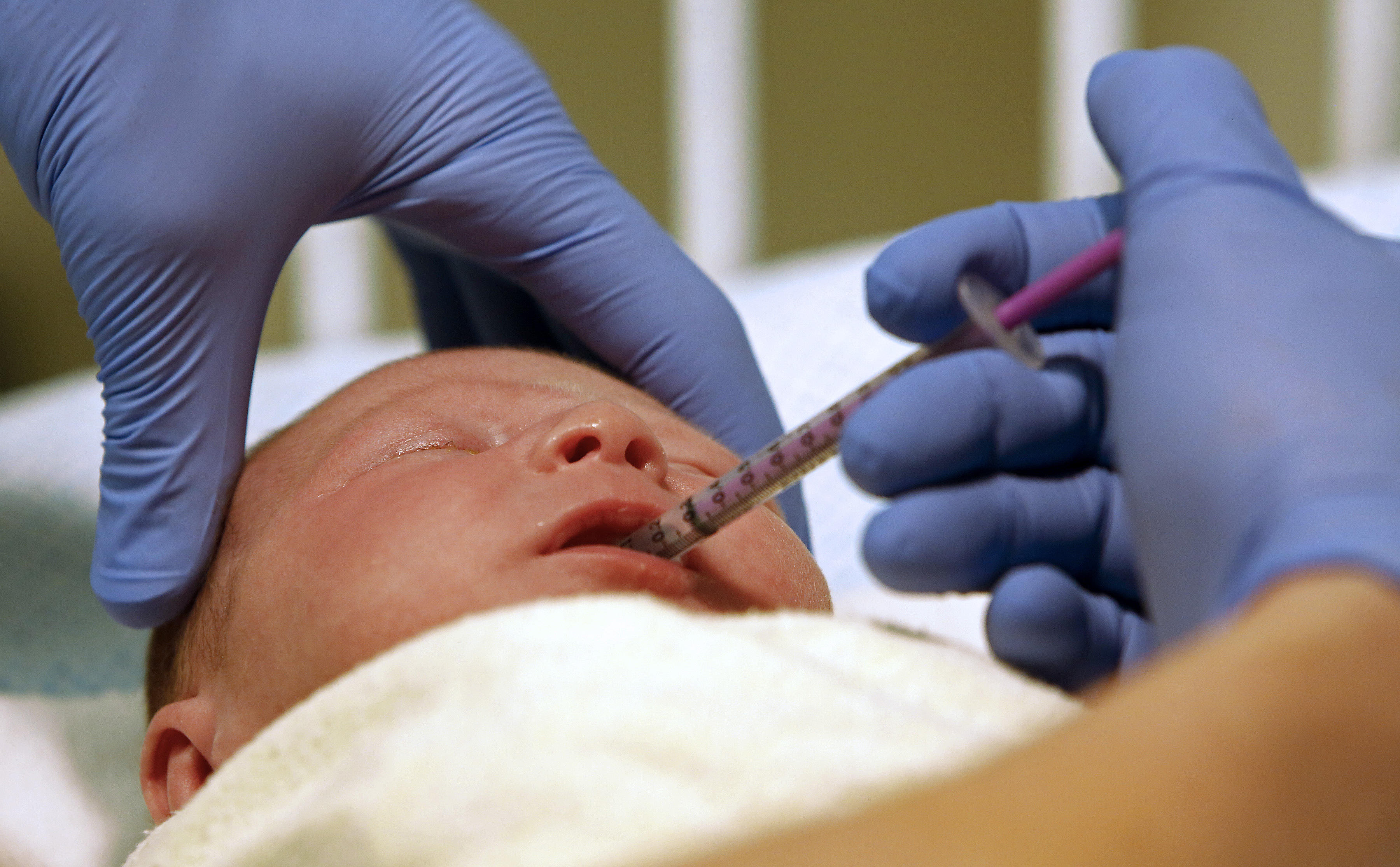 America's opioid crisis is expanding to a new class of victims—unborn children.

Infants are being born with symptoms of withdrawal, also known as Neonatal Abstinence Syndrome, or NAS. In the last decade, states like Tennessee have seen a ten-fold rise in the number of babies born with NAS.

One judge in White County, Tennessee is offering a controversial solution to the problem.

Judge Benningfield says he wants to stop prospective mothers and fathers from passing their drug addiction to their children and to do that, he's offering what he believes is a heartfelt incentive with nothing but good intentions. But critics say the judge may be crossing the line, reports CBS News correspondent David Begnaud.

Benningfield estimates 80 to 90 percent of the cases that come before him are tied in some way to drugs or alcohol.

So the local health department proposed an educational class for inmates at the county jail on the risks of babies being born addicted.

"It seemed to me almost a no-brainer. Offer these women a chance to think about what they're doing and to try to rehabilitate their life," Benningfield said.

He issued a two-fold standing order. Inmates could get two days knocked off their sentence if they completed the Department of Health's NAS educational program and on top of that, he offered an additional 30 days off an inmate's sentence if they undergo a birth-control procedure -- meaning, a vasectomy for men and a contraception implant for women.

"I think it is potentially unlawful," said Bryant Dunaway, the local district attorney general whose prosecutors handle cases in front of Judge Benningfield. "It's not the place of the government or the courts, or the state of Tennessee to encourage the trading of fertility procedures for a reduction in sentences."

While the judge isn't explicitly encouraging the option, Dunaway said, "I think that by offering that as an option on his own he's encouraging that."

So far, 24 women have had the implant procedure and 38 men have signed up for a vasectomy.

"This is not forced on them," Benningfield said.

He feels blindsided by the criticism.

"I'm trying to help these folks, you know, begin to think about taking responsibility for their life and doing right and giving them a leg up. And when they get out of jail to perhaps rehabilitate themselves and not be burdened again with unwanted children and all that comes with that," Benningfield said.

The county sheriff fully supports the judge's standing order that was originally issued in May. But the ACLU believes the offer is unconstitutional.

This is not sterilization. The female implants last up to three years and men can have vasectomies reversed. These procedures are free of charge to any inmate who wants it.

Judge Benningfield says he will reverse his order if a higher court tells him what he has done is wrong.