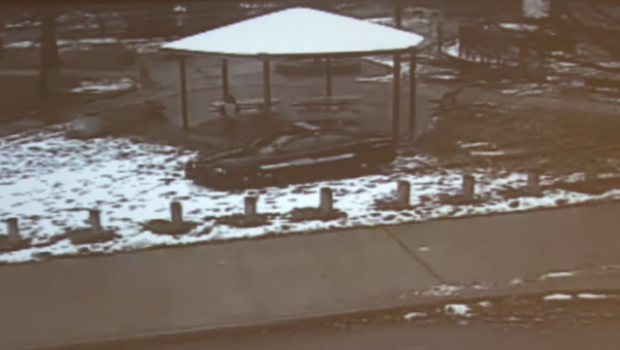 CLEVELAND -- A judge has ruled there is probable cause to charge a Cleveland police officer with murder and other charges in the shooting death of 12-year-old Tamir Rice, a spokesperson for the city's municipal court told CBS News on Thursday.

Surveillance video released by police shortly after the November 22, 2014 shooting shows rookie officer Timothy Loehmann firing at the boy within two seconds of a patrol car stopping within a few feet of him at a park.

The video shows Tamir holding what police later discovered was an airsoft gun, which shoots nonlethal plastic projectiles. He died the next day.

The Cuyahoga County Medical Examiner ruled the boy's death a homicide in December, the result of a single gunshot wound to the abdomen which caused internal hemorrhaging.

"The video in question in this case is notorious and hard to watch," Adrine wrote in his ruling. "After viewing it several times, this court is still thunderstruck by how quickly this event turned deadly."

Adrine's ruling is largely symbolic because the judge cannot compel prosecutors to act.

Earlier this month, the Cuyahoga County sheriff's department completed its investigation into the shooting and gave its file to the county prosecutor, whose staff is reviewing it.

Cuyahoga County prosecutor Tim McGinty said Thursday that the case, like all other fatal use-of-deadly-force incidents involving law enforcement officers, will go to a grand jury.

"Ultimately," he said, "the grand jury decides whether police officers are charged or not charged."

On Tuesday, a group of activists submitted affidavits asking the court to charge the officers.

"The boy was killed over six months ago," said Edward Little, who described himself as criminal justice consultant. "We really need the court to move one way or another."

Little and a civil rights attorney said there is a state statute and case law that permit ordinary citizens to ask for charges to be filed when they have knowledge or possess evidence that a crime has occurred.

Ohio law says a private citizen can file an affidavit with a clerk of courts that asks a judge to determine if a prosecutor should file a criminal complaint.

The killing of Tamir has become part of a national outcry about minorities, especially black boys and men, dying while in police custody.

Cleveland and the U.S. Department of Justice are moving forward on a reform-minded consent decree after a DOJ investigation found Cleveland police had engaged in a practice of using excessive force and violating people's rights.

"I think it's a blueprint for the rest of the nation with respect to citizen participation," Madison said. "They're able to participate through engagement. They can witness the transparency. A transparency leads to legitimacy."

"We are grateful that the wheels of justice are starting to turn," the boy's family said in a statement. They filed a wrongful death lawsuit against the city of Cleveland and the two officers in December.