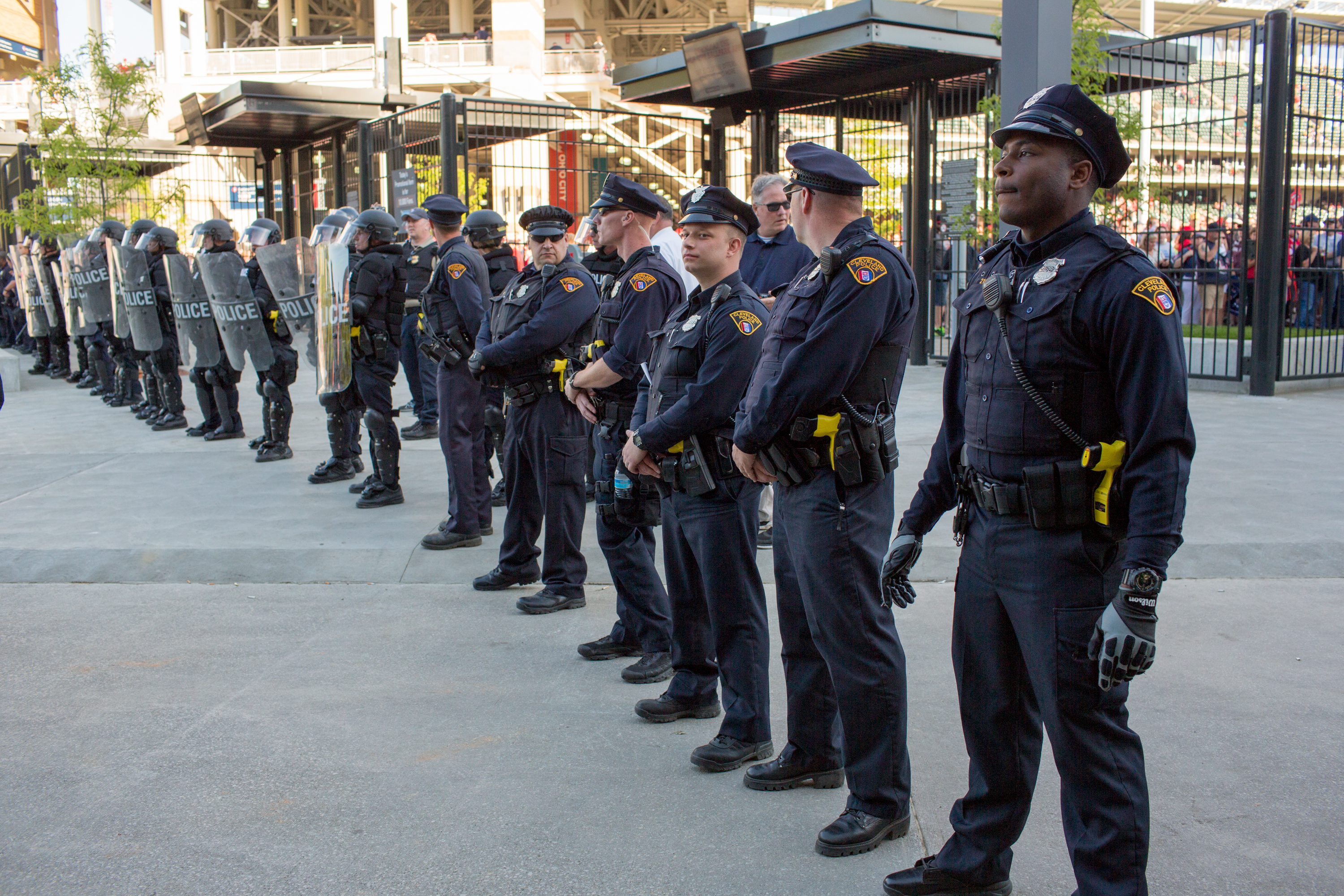 The Justice Department (DOJ) and the city of Cleveland have agreed to a plan to address the Cleveland police's pattern of unconstitutional policing.

"This is a transformative time in the city of Cleveland with the division of police, and most importantly, all the citizens of the city of Cleveland," Mayor Frank Jackson said. The agreement, he said, "marks a new way of policing in the city... built on the strong foundation of progressive change, sustained trust and accountability."

The 105-page, comprehensive consent decree will serve as "a model of community-oriented policing that will make both police officers and the people they serve safer," said Vanita Gupta, head of the civil rights division at the Justice Department."

To emphasize the need to restore trust between police and communities, the consent decree requires the city to establish a community-police commission to provide meaningful input into police matters.

With respect to the use of force, the police department will adopt "state of the art" training for officers on its proper use. Officers will be trained to use de-escalation techniques instead of force whenever possible and to provide emergency first aid when necessary. When force is used, it will be reported and reviewed.

The consent decree also requires a revamp of the support, equipment and resources available for officers. Gupta said the revamp reflects the fact that law enforcement are an "integral part of the community" and need the proper resources to do their difficult job. The revamp will specifically include updates to the police department's IT abilities, as well as improving access to employee assistance programs to deal with issues such as stress and mental health concerns.

In the area of accountability, the consent decree lays out a plan to reform existing watchdog offices, such as the Office of Professional Standards, and to create new ones. For instance, a new police inspector general will be appointed by the mayor.

All of the consent decree reforms will be implemented under the watch of an independent monitor. The process will come to an end once the city demonstrates to a federal judge that it's come into compliance with certain standards.

"I am deeply optimistic that transformation is coming to Cleveland," Gupta said. "Today's agreement should serve as a model for those seeking to address similar issues around the country."

The agreement comes just days after Cleveland police officer Michael Brelo was acquitted of criminal charges for his role in the deaths of two black residents in November 2012. He faced as many as 22 years in prison for two counts of voluntary manslaughter after he fired 49 shots at Timothy Russell and Melissa Williams, including 15 through the windshield while standing on the hood of Russell's car.