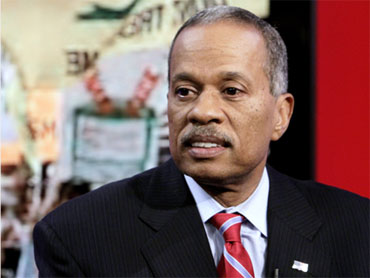 Fired NPR news analyst Juan Williams said Thursday that he stands by the controversial comments about Muslims he made on a Fox News program and suggested that his dismissal was rushed and unfair.

"I'm not a bigot," Williams said. Then he talked about getting nervous on a plane when he sees people in Muslim dress. Fair game for one of his employers, Fox News Channel, but a firable offense for the other, NPR.

Muslim groups were outraged, saying that Williams' remarks Monday on Fox's "The O'Reilly Factor" endorsed the idea that all Muslims should be viewed with suspicion. But conservatives and even some liberals said NPR went too far in firing him for being honest about his feelings in an interview where he also said it is important to distinguish moderate Muslims from extremists.

The opinions Williams expressed on Fox News over the years had already strained his relationship with NPR to the point that the public radio network asked him to stop using the NPR name when he appeared on Bill O'Reilly's show. NPR CEO Vivian Schiller said Thursday that Williams had veered from journalistic ethics several times before Monday's comments.

Controversial opinions should not come from NPR reporters or news analysts, Schiller said, adding that Williams was not a commentator or columnist for NPR.

Schiller said whatever feelings Williams has about Muslims should be between him and "his psychiatrist or his publicist - take your pick." In a post later on NPR's website, she apologized for making the "thoughtless" psychiatrist remark.

In a memo to her staff and affiliate stations, Schiller said the comments violated NPR's code of ethics, which says journalists should not participate in media "that encourage punditry and speculation rather than fact-based analysis."

Fox News, meanwhile, announced it had re-signed Williams to a multiyear deal at a reported $2 million that will give him an expanded role with the network - and that Williams will host O'Reilly's show on Friday. Chairman Roger Ailes described Williams as "a staunch defender of liberal viewpoints" and "an honest man whose freedom of speech is protected by Fox News on a daily basis."

Williams stood by his remarks Thursday. He told Fox News his statement was not bigoted, as he said NPR news executive Ellen Weiss implied Wednesday when she fired him by phone.

"I said, 'You mean I don't even get the chance to come in and we do this eyeball-to-eyeball, person-to-person, have a conversation? I've been there more than 10 years," Williams said. He said Weiss responded that "there's nothing you can say that would change my mind."

Williams made the comments at issue while discussing whether O'Reilly was wrong to have said "Muslims killed us on 9/11" during an appearance last week on ABC's "The View." O'Reilly's comment prompted co-hosts Whoopi Goldberg and Joy Behar to walk off the set, but Goldberg defended Williams on Thursday.

"The point he was trying to say is, 'I get nervous,' and that's OK," Goldberg said. "Firing him for saying that, I think, is kind of ridiculous."

Federal grants provide less than 2 percent - or $3.3 million - of NPR's $166 million annual budget. It is funded primarily by its affiliates, corporate sponsors and major donors.

O'Reilly had invited Williams on his show Monday to discuss his spat with hosts from "The View."

"Where am I going wrong here, Juan?" O'Reilly asked.

Williams told O'Reilly, "I think you're right," and said that "political correctness can lead to some kind of paralysis where you don't address reality."

"I mean, look, Bill, I'm not a bigot. You know the kind of books I've written about the civil rights movement in this country," he said. "But when I get on a plane, I got to tell you, if I see people who are in Muslim garb and I think, you know, they are identifying themselves first and foremost as Muslims, I get worried. I get nervous."

He went on to say that it is wrong to believe all Muslims are extremists, just as it would be wrong to think all Christians are extremists because of the actions of a few.

"We don't want, in America, people to have their rights violated, to be attacked because they hear rhetoric from Bill O'Reilly and they act crazy," Williams said.

Before Williams was fired, the Council on American-Islamic Relations said a news organization would not tolerate such commentary from a journalist about other racial, ethnic or religious minority groups. Early this month, CNN fired anchor Rick Sanchez for comments that included questioning whether Jews should be considered a minority.

"NPR should address the fact that one of its news analysts seems to believe that all airline passengers who are perceived to be Muslim can legitimately be viewed as security threats," CAIR National Executive Director Nihad Awad said.

Society of Professional Journalists President Hagit Limor said Thursday that although the group supports Williams' right to free speech, "Based on our code of ethics, which advises avoiding stereotyping for any reason ... we understand the rationale that may be behind NPR's decision."

Williams was a longtime reporter, columnist and editorial writer at The Washington Post. He has written extensively on the civil rights movement, including a book on the African-American religious experience and a biography of Supreme Court Justice Thurgood Marshall, the first black justice.

Williams has been with Fox News since 1997. His appearances have been an issue for NPR in the past, including his remarks about Michelle Obama on a 2009 episode of "The O'Reilly Factor."

"Michelle Obama, you know, she's got this Stokely-Carmichael-in-a-designer-dress thing going. ... her instinct is to start with this 'Blame America,' you know, 'I'm the victim,"' Williams said, according to an account by NPR's Ombudsman Alicia Shepard. Carmichael was a civil rights activist who coined the phrase "black power."

One NPR employee, national political correspondent Mara Liasson, remains a Fox News contributor, and there was no sign that would change. "Mara's work on NPR and elsewhere is consistent with our standards and practices," NPR spokeswoman Anna Christopher said.

Dori J. Maynard, the president of the Robert C. Maynard Institute for Journalism Education - a renowned institute that trains minority journalists - said NPR may have missed an opportunity by firing Williams. It could have broadcast a town hall-style program, or even a series, exploring why Williams made the remarks and feels the way he does.

"I hate what he said," Maynard said during the Associated Press Managing Editors conference in St. Petersburg, Fla. "But he didn't say something, unfortunately, that other people aren't thinking. So we have to talk about it. Not talking about things don't make them go away."