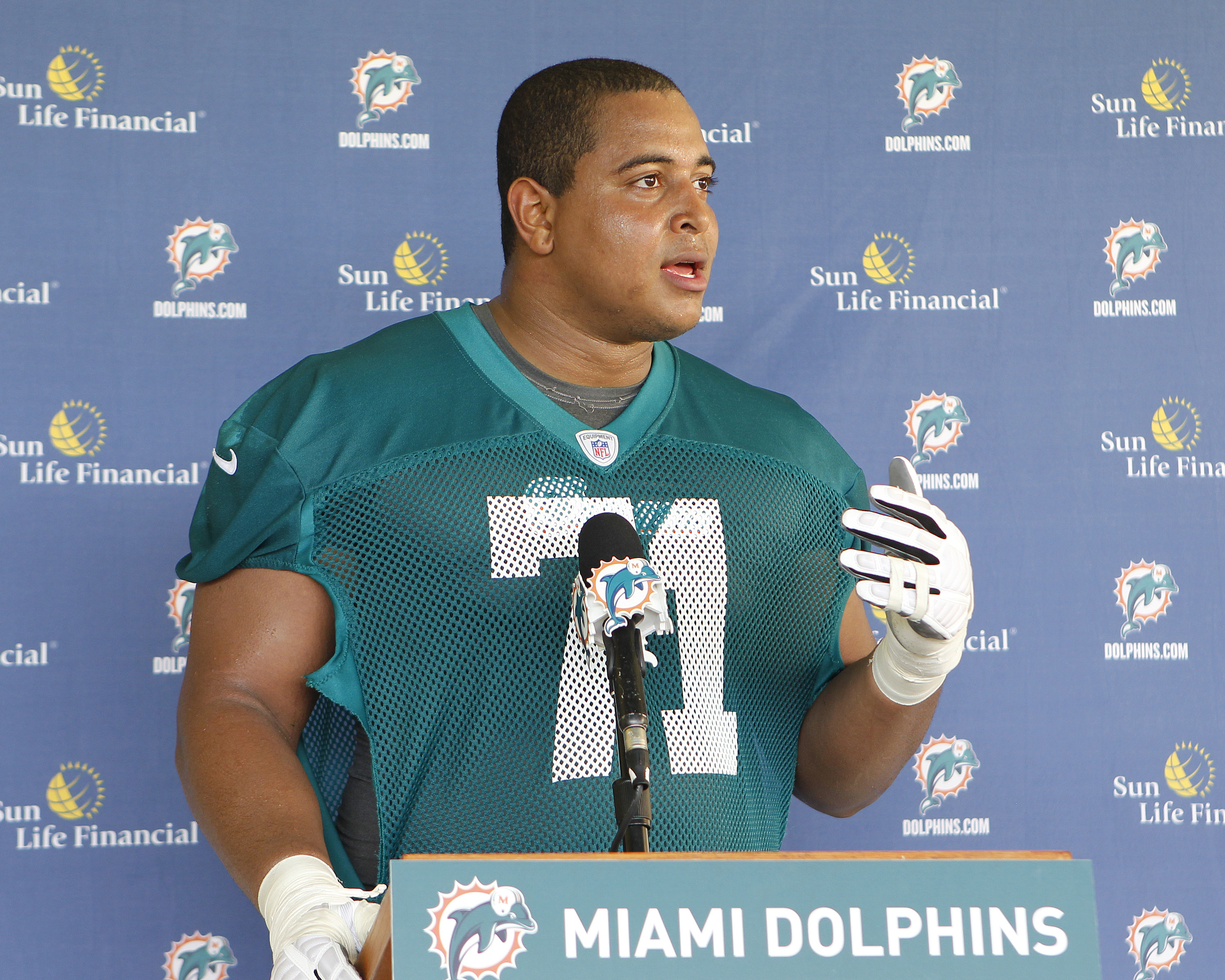 Two Miami Dolphins offensive linemen joined Richie Incognito in bullying Jonathan Martin, and at least one other player and an assistant trainer were also targets of the vicious taunts and racist insults, according to a report ordered by the NFL.

Lawyer Ted Wells released the report Friday, saying guard John Jerry and center Mike Pouncey followed Incognito's lead in harassing Martin, who left the team in October. They threatened to rape his sister, called him a long list of slurs and bullied him for not being "black enough."

Martin is biracial, Incognito is white, and Jerry and Pouncey are black.

"He feels a great sense of relief," Zuckerman told The Associated Press. "Jonathan Martin is a great man and he's only shown me that he is very honest since the day I met him. He loves football and is eager to get back on the field, regardless of what team he plays for."

In a statement, Incognito's attorney Mark Schamel said that Wells' report was "replete with errors" and that Martin "was never bullied by Richie Incognito or any member of the Dolphins' offensive line."

Martin, who has two years left on his contract with the Dolphins, declined interview requests.

Incognito was suspended in November, but Pouncey and Jerry remained starters throughout the season.

The report mentioned another offensive lineman and an assistant trainer who also routinely came under attack from the trio. Neither was identified in the report.

The report chronicled Martin's struggle to deal with a "pattern of harassment," including emotional text exchanges with his parents and a description of him crying in the bathroom after one particularly painful attack.

Martin told the investigators that he had been bullied in middle and high school, and that his experience with the Dolphins led him to contemplate suicide on two occasions last year. In a text message to his mother in April last year, he wrote, "I care about my legacy as a professional athlete. But I'm miserable currently....I really don't know what to do Mom".

Martin also told investigators that he "believed that trying to engage in a physical confrontation with these three - whom he viewed as a united group - would only make matters worse."

The inquiry said Martin was taunted and ridiculed almost daily. After Martin left the team, Incognito boasted about "breaking Jmart" in a notebook the linemen used to tally fines and bonuses among themselves. When the investigation began, Incognito asked another player to destroy the book, saying "They're going to suspend me."

The other harassed player was "subjected to homophobic name-calling and improper physical touching," while the assistant trainer, who was born in Japan, was subjected to racial slurs.

"It was not difficult to conclude that the Assistant Trainer and Player A were harassed, but the questions raised in Martin's case were more complex, nuanced and difficult," the report says.

Although Wells concluded that Martin was abused by three teammates, the report said "they did not intend to drive Martin from the team or cause him lasting emotional injury."

Evaluating Martin's claims was difficult, "given his mental health issues, his possible heightened sensitivity to insults and his unusual, 'bipolar' friendship with Incognito," the report said.

"Nonetheless, we ultimately concluded that Martin was indeed harassed by Incognito, who can fairly be described as the main instigator."

In a statement emailed by a league spokesman, the NFL did not make any mention of possible punishment stemming from the case. Wells said he does not intend to comment further.

The report comes about three months after the league hired Wells to investigate the case, which prompted a national debate about hazing and workplace bullying.

"To a great extent, Incognito dictated the culture," the report said. "We doubt that matters would have gotten so out of hand had Incognito not set a tone on the offensive line that made extremely vulgar taunting a typical form of communication."

Dolphins offensive line coach Jim Turner didn't attempt to stop the behavior and even took part in some of the taunting of "Player A," the report said. Several people interviewed told investigators that Turner gave Player A, a male sex doll as a gag gift around Christmas 2012. Turner told investigators he did not remember the incident, but investigators said they did not believe him.

The 6-foot-5, 312-pound Martin abruptly left the team Oct. 28. He was briefly hospitalized and then joined his family in California and underwent counseling for emotional issues. Incognito was barred from the season's last eight games.

Incognito expressed regrets about the racist and profane language he used with Martin, but said it stemmed from a culture of locker-room "brotherhood," not bullying.

Incognito defended himself in an interview in November.

"This isn't an issue about bullying," he said then. "This is an issue of mine and Jon's relationship where I've taken stuff too far and I didn't know it was hurting him."

Martin has said he tried to be friends with Incognito. The two players traded more than a thousand text messages in a year's span, and the teasing and vulgar banter went both ways.

As CBS News correspondent Mark Strassmann reported , in a conversation between the players in December of 2012, Martin wrote "Ima egg your house & light a bag of [expletive] on fire then ring your doorbell."

Martin also participated in the teasing of Player A, although investigators say he was simply trying to fit in with the other linemen.

As for Martin's suicidal thoughts, the report said: "Whether or not Incognito, Jerry and Pouncey fully appreciated the effect of their actions on Martin, there is no doubt that, from Martin's perspective, their actions were abusive and hurtful.We are not, however, in a position to evaluate Martin's assertion that the abusive conduct of his teammates was, in fact, the exclusive triggering cause of his depression and contemplation of suicide."

The report concluded that head coach Joe Philbin was not aware of any mistreatment and found no evidence that the Dolphins' front office knew anything either.

Dolphins owner Stephen Ross said in a statement: "As an organization, we are committed to a culture of team-first accountability and respect for one another."

The NFL Players Association said it will review the findings closely, confer with players and all relevant parties involved.