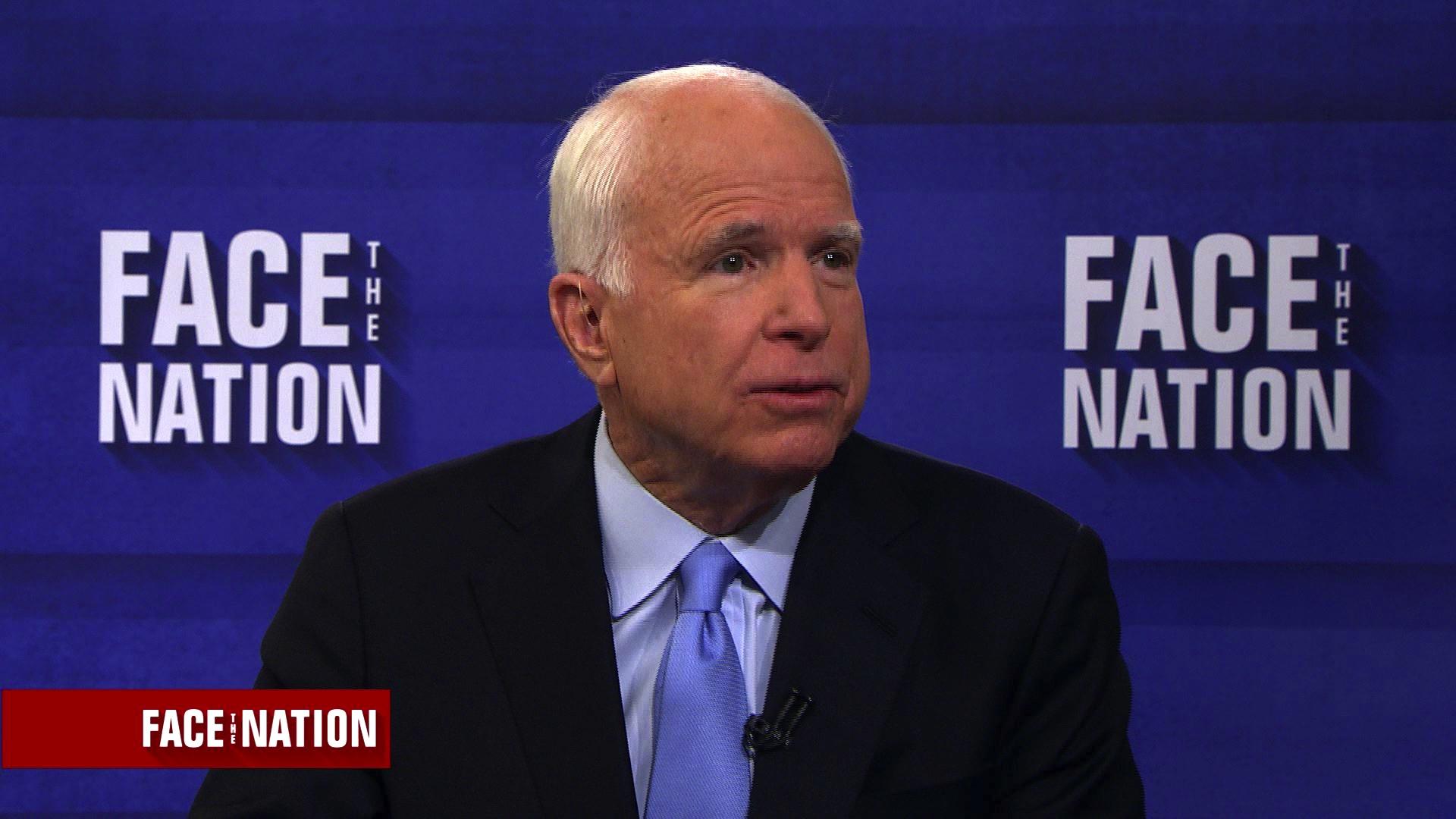 “I don’t know what to make of it because it’s clear the Russians interfered,” he told CBS’ “Face the Nation.” “Whether they intended to interfere to the degree that they were trying to elect a certain candidate, I think that’s a subject of investigation. But facts are stubborn things. They did hack into this campaign.”

In an interview with “Fox News Sunday,” Mr. Trump said Sunday that new revelations about Russia’s influence on his behalf are “ridiculous.”

“It’s just another excuse. I don’t believe it,” Trump said. “… Every week it’s another excuse.  We had a massive landslide victory, as you know, in the Electoral College.”

McCain called for a select committee to further investigate the extent of Russia’s influence and intentions.

“I would like in an ideal world to have a select committee,” he said, adding that he would hope such a committee would be made up of leaders on the Senate Intelligence Committee, Foreign Relations Committee and Armed Services Committee.

In the meantime, McCain said, senators are putting together a plan to investigate the issue through a subcommittee on the Senate Armed Services Committee -- and that he’s “confident” it will be handled on a bipartisan basis.

“We’ll go to work on it, we’ll go to work immediately because the issue of cyber is not a static issue,” he said. “...You can’t make this issue partisan, it’s just -- it’s too important. A fundamental of a democracy is a free and fair election.”

McCain also said he’s concerned about Mr. Trump’s posture toward Russia and Russian President Vladimir Putin, reminding the public that Putin is not someone to be underestimated.

“Vladimir Putin is a thug and a murderer and a killer and a KGB agent,” he said. “...Let’s call Vladimir Putin for what he is. Does that mean you don’t deal with him or talk to him? Of course you talk to him. But you do it the way that Ronald Reagan did, and that’s from a position of strength.”

McCain said he hopes Mr. Trump takes the advice of people like his appointee for the Defense Department, retired Gen. James Mattis, on how to deal with Russia.

“I hope that he would call people that he respects and who the American people respect and get the facts,” McCain said. “The facts are there about Russian behavior and Russian -- not just hacking into the United States 2016 election campaign, but throughout the world.”

Along those lines, McCain expressed “concern” about the leading candidate to be Mr. Trump’s secretary of state, Exxon Mobil CEO Rex Tillerson. Tillerson has worked closely with Putin: the pair first met during the 1990s and have worked together on a handful of deals relating to Tillerson’s position at Exxon.

“It’s a matter of concern to me that he has such a close personal relationship with Vladimir Putin,” he said. “And obviously they’ve done enormous deals together and that would color his approach to Vladimir Putin and the Russian threat.”

Still, McCain said the Senate would give Tillerson a fair hearing should Mr. Trump formally choose him for the post: “We will give him his chance,” he said.