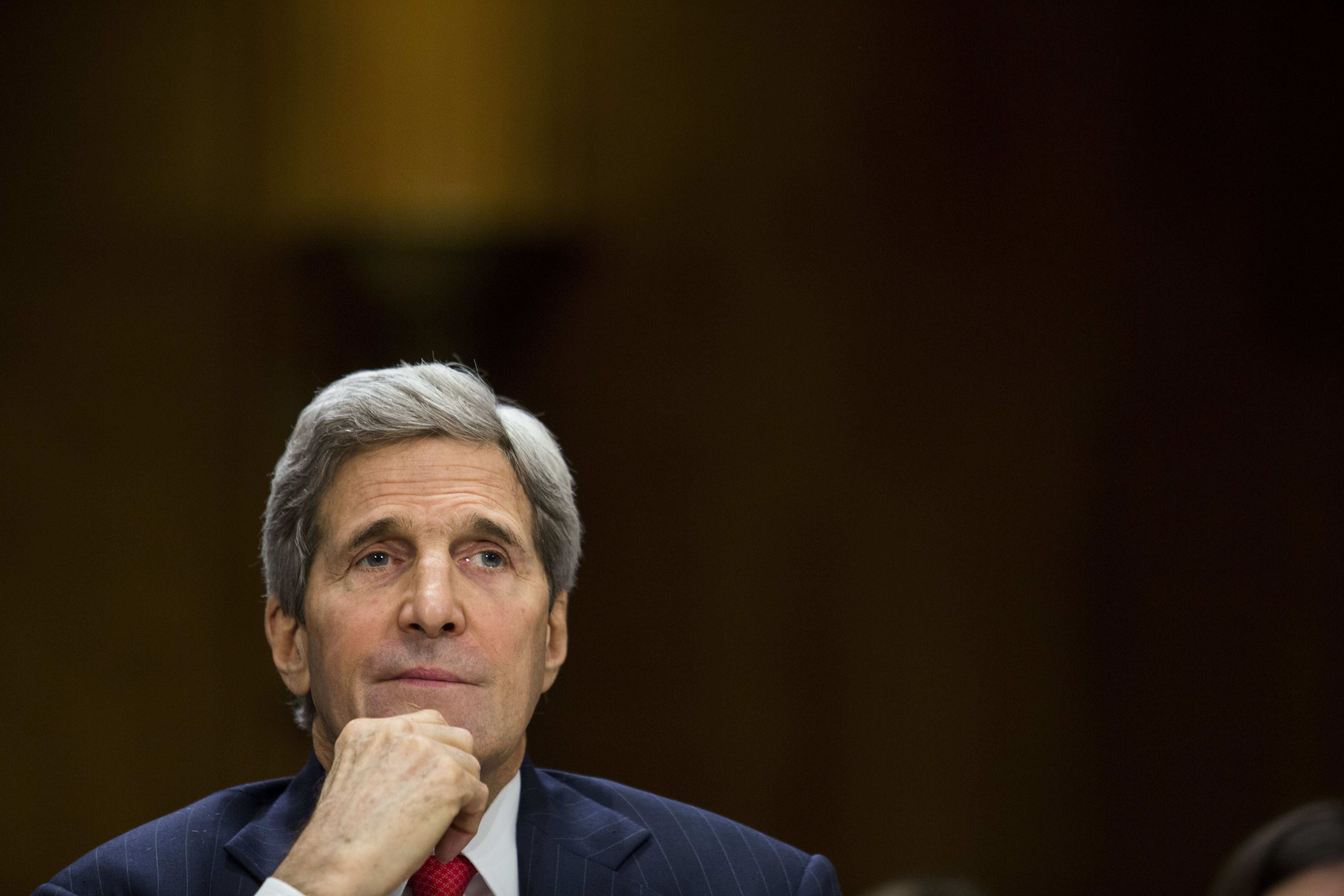 The Republican chairman of the House Oversight and Government Reform Committee is subpoenaing Secretary of State John Kerry to testify this month on the deadly 2012 attack in Benghazi, Libya.

Rep. Darrell Issa, R-Calif., wants Kerry to appear before the panel on May 21 about why emails released this week by a conservative watchdog were omitted from previous administration submissions to Congress.
"Compliance with a subpoena for documents is not a game," Issa said in a statement. "Because your Department is failing to meet its legal obligations, I am issuing a new subpoena to compel you to appear before the Committee to answer questions about your agency's response to the congressional investigation of the Benghazi attack."
The email from deputy national security adviser Ben Rhodes shows that within days of the attack the White House embraced talking points for U.N. Ambassador Susan Rice that blamed the turmoil that erupted in North African and Middle East cities in September 2012 on an anti-Islamic video.
U.S. Ambassador Chris Stevens and three other Americans died in the attack.
The committee's top Democrat, Rep. Elijah E. Cummings, D-Md., took issue with Issa's move, saying it doesn't follow precedent and, more frankly, that it's all for show.
"These actions are not a responsible approach to congressional oversight, they continue a trend of generating unnecessary conflict for the sake of publicity, and they are shockingly disrespectful to the Secretary of State," Cummings said in a statement.
State Department spokeswoman Marie Harf told reporters Friday there is "not one shred of evidence" that the Obama administration covered up anything.

"I am confident that what the Republicans allege - that there was an attempt to spin or cover up what happened - is 100 percent false," she added.

Issa's subpoena of Kerry comes a day after his committee heard from Retired Brig. Gen. Robert Lovell, who was in the U.S. military's operation center during the attack and said the U.S. should have tried to do more to counter the attack that led to the deaths of four Americans.
House Armed Services Committee Chairman Howard "Buck" McKeon, R-Calif., pushed back against Lovell's testimony. In a statement, McKeon said he appreciated Lovell's service but noted that "Lovell did not serve in a capacity that gave him reliable insight into operational options available to commanders during the attack, nor did he offer specific courses of action not taken."
CBS News' Margaret Brennan contributed to this report.
View CBS News In
CBS News App Open
Chrome Safari Continue