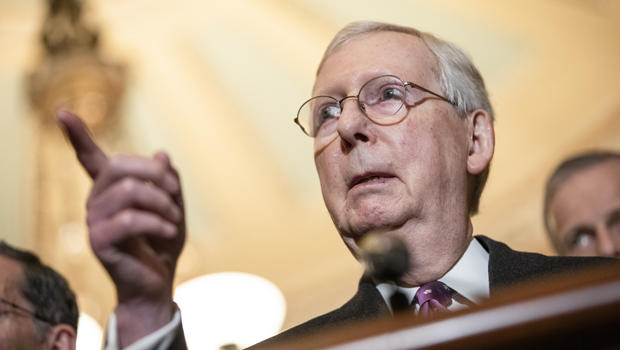 Some of the worst moments of modern American political life can be conjured by mentioning the names of Supreme Court nominees: Robert Bork … Clarence Thomas … Brett Kavanaugh.

Now we are going to have another of these "worst moments" at the worst possible moment. In keeping with the rapid pace of things, this election's October Surprise has come in September with this Supreme Court vacancy.

The seams of our national fabric are already tearing. Nearly 200,000 are dead from COVID-19; protests over racial injustice and violence have rocked cities; and the peaceful transfer of power – once the hallmark of the American system – is under threat.

How grim things will get was clear from the moment news hit that Justice Ruth Bader Ginsburg had died.

There was only a flickering pause to memorialize her before the political jockeying started. Supreme Court fights are so hot because they touch issues we are most passionate about – religion, freedom, equality – and the outcomes can affect generations.

1968 was the last time there was a court seat at play this close to an election. A group of Senate Republicans tried to block President Johnson, saying he shouldn't be able to fill a seat in an election year, but the Republican leader Everett Dirksen blocked them. When those GOP Senators threatened to filibuster, Republican presidential candidate Richard Nixon said they shouldn't.

Then, there was restraint.

Now, the opposition party, the Democrats, is united against the president. They are inspired by Republican Majority Leader Mitch McConnell. In 2016 McConnell took what he said was one of the "proudest" stands of his life: Blocking President Barack Obama's Supreme Court pick, Merrick Garland.

On March 16, 2016, McConnell told the Senate, "Give the people a voice in filling this vacancy."

In 2020, he has dropped that principle, and is pushing to seat President Donald Trump's pick. The Senate, which was supposed to be the saucer to cool political passions, is now the hot plate.

Whichever side succeeds, the escalation will continue. It's "an eye for an eye," which is the wrong way to make Justice blind.

Travels with the "Green Book"