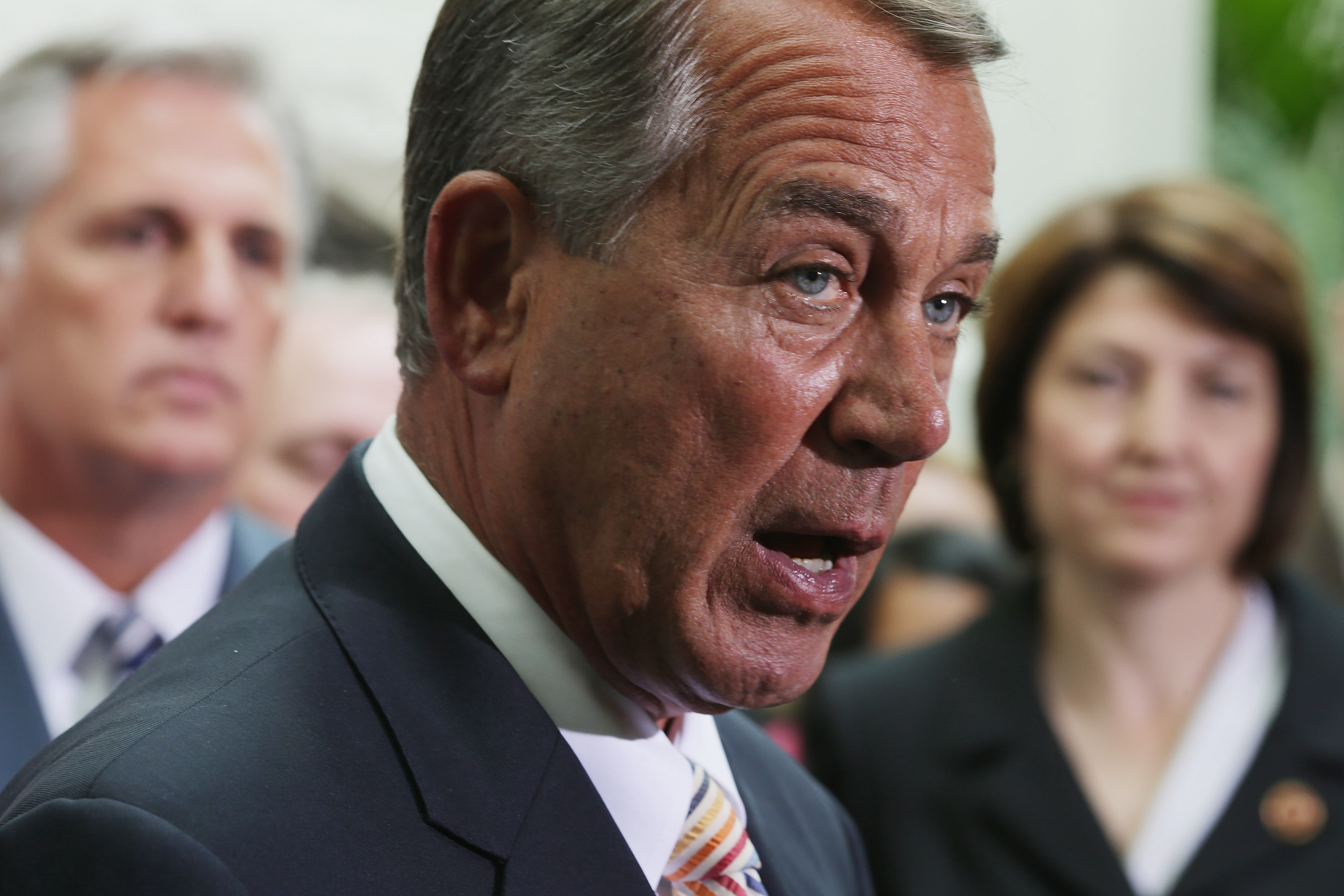 "This whole talk about impeachment is coming from the president's own staff and coming from Democrats on Capitol Hill. Why? Because they're trying to rally their people to give money and to show up in this year's election," Boehner said.

"We have no plans to impeach the president. We have no future plans," he added, for emphasis.

Democratic campaign organizations have peppered their supporters with emails warning about impending impeachment proceedings to raise money. The Democratic Congressional Campaign Committee (DCCC) - which sent reporters an email with the subject line, "House Republicans Refuse to Rule Out Impeachment" just minutes before Boehner spoke - reportedly raised $2.1 million in online donations over the weekend. It was their best four days of the current election cycle.

But Boehner says it's all politics.

House Republicans do plan to vote this week on a bill that authorizes a lawsuit against Mr. Obama that charges he has failed to implement the Affordable Care Act as written. Last week, the measure cleared the House Rules Committee on a party-line vote.

It's that move that has spurred Democratic fundraising appeals. The DCCC also points to incoming House Majority Whip Steve Scalise, R-La., who declined to give a firm "no" to the question of whether the House would impeach Mr. Obama during a "Fox News Sunday" interview over the weekend.

"We've made it clear we're going to put options on the table to allow the House to take legal action against the president when he overreaches his authority," Scalise said.

When pressed on whether that meant impeachment was off the table for Republicans, Scalise merely pointed back at Democrats who stirred up impeachment talk.

"The White House will do anything they can to change the topic away from the president's failed agenda," Scalise said. "We're going to continue focusing on solving problems for everyday people. I'd like to see the president engaged in that, too - that's his job. But for whatever reason he wants to change the topic, talk about things like this."

White House senior adviser Dan Pfeiffer said last Friday that he would "not discount that possibility" that Republicans would try to impeach the president.

"Impeachment is a very serious thing that has been bandied about by the recent Republican vice presidential nominee and various others in a very un-serious way," Pfeiffer said in reference to former Gov. Sarah Palin, R-Alaska, who joined the impeachment caucus earlier this month. "It would be foolish to say Republicans would not consider going down that path."