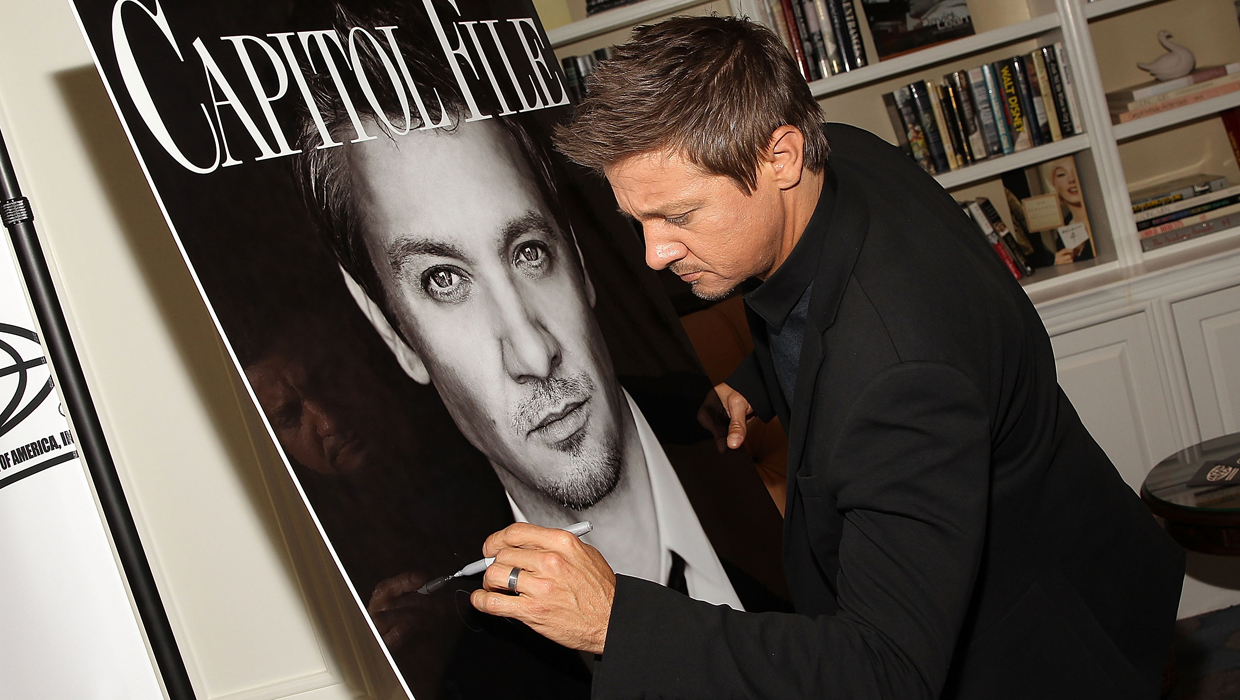 Jeremy Renner is both a new dad and a new husband.

The "American Hustle" star revealed to Capitol File magazine that he is married to model Sonni Pacheco, the mother of his 17-month-old daughter, Ava Berlin.

The two-time Oscar-nominated actor explained that he has kept his marital status secret until now for a reason.

"I have tried to protect my family's privacy, my wife's privacy," Renner said. "I don't need her to get hammered with my life. Privacy issues are important because I want her to go about her day without being bothered."

The 43-year-old actor went on to explain that he prefers not to have his wife and daughter chased around by photographers, fully realizing that makes the media even more interested in his personal life in the long run.

"Paps follow me, that's fine. But it's annoying being followed when I'm with my family," Renner revealed. "It's not just me -- everyone [in Hollywood] has to deal with that. I've been talked about a whole lot, because the less I put out there, the less people know, and it makes it interesting, I assume."

Renner was seen sporting his wedding band during a Washington press conference Tuesday for his new action thriller, "Kill the Messenger," in which he stars as a reporter who falls under the wrath of the CIA after exposing one of their more unethical operations.

"Kill the Messenger" opens in theaters on Oct. 10.