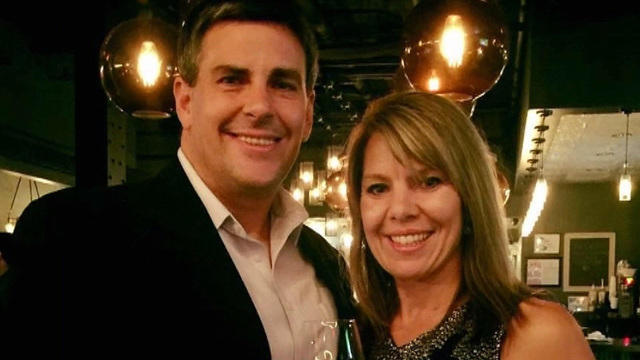 ALBUQUERQUE, N.M. -- Family and friends gathered Sunday to mourn an Albuquerque bank executive who died after the Southwest Airlines plane she was on blew an engine in midair. Nearly a thousand people attended the evening service for Jennifer Riordan, the Albuquerque Journal reported. The service was held at Popejoy Hall on the University of New Mexico campus, her alma mater.

"We appreciate the outpouring of support from the community. It truly touches our hearts," the Riordan family wrote in a statement. "We know there are many in the community who want to celebrate Jennifer."

CBS affiliate KRQE-TV writes that a video tribute, music performance and a poetry reading were part of Riordan's service.

"In life, she really brought everyone together and always had a smile on her face, always had something to say and with her passing, I think it's going to bring a ton of people together," Ivan Wiener told the station.

Sunday night, her husband Michael spoke first by bringing humor to the somber crowd, according to KRQE-TV. He said the kind of memorial Jennifer would have wanted was one filled with joy and laughter.

"Why's everybody so quiet this is a celebration? Jennifer was 10 minutes late to our wedding so I'm paying her back a little bit," Michael said.

KRQE-TV reports that Michael asked the audience to stand if they had every received an encouraging note from Jennifer, shared a glass of wine with her or if she ever cheered for their kids at sporting events. The entire auditorium was reportedly on their feet.

"Everyone is here tonight because Jennifer helped to fill our hearts with love and I just want you to know and leave here tonight, you filled her heart with love too," he said.

"I think Jennifer in all her faith she followed the teachings of Christ. When He said let your life shine in such a way that people will see your good works and give praise to God," Jennifer's minister Bennett Voorhies said.

The 43-year-old community leader and mother of two had been heading home from a business trip Tuesday on a flight from New York's LaGuardia Airport bound for Dallas.

Early in the flight as the plane was at 32,000 feet, one of its twin engines suddenly exploded. The impact showered the jet with debris and shattered the window next to Riordan.

Authorities said Riordan was fatally injured when she was sucked partway through the window, sending passengers scrambling to help her as the aircraft shook violently and went into a rapid descent. The plane made an emergency landing in Philadelphia. Riordan was the only one of the 149 people on board who suffered severe injuries.

The National Transportation Safety Board believes one of the engine fan blades snapped.

Riordan was well known in the Albuquerque area for an established career in community engagement and volunteerism. She served as vice president of community relations for Wells Fargo's New Mexico operations. She oversaw the company's corporate giving program in New Mexico and volunteered her time with a number of area nonprofit groups and boards.

She graduated from the University of New Mexico with a communications degree in 1999 and previously worked as the media relations manager at UNM Hospital.

Riordan and her husband, Michael Riordan, a former chief operating officer for the city of Albuquerque, were married for more than 20 years.

Moments after the 737's engine exploded, Southwest passengers rushed to help the injured and dying.

"I'm very proud of him ... This is a calling that he has and he did amazing," said Stephanie Needum, who was on board Flight 1380. Her husband Andrew, a firefighter from Texas, knew something was wrong and it was happening seven rows behind him.

"I looked at her eyes and she basically gave me the approval to go back there ... I felt moved to act, as well as other people on that plane ... Tim McGinty, he was my big guy. Had my back," Andrew Needum said.

Fellow Texan Tim McGinty was also on the Southwest flight, along with his wife, Kristen. He and Andrew helped pull Riordan back inside the plane.

"Force of the wind, it was just impossible for him alone to pull her back in ... There was nothing we could do to help or nothing he could do to save her and we just feel for them, 'cause I know they're grieving," Kristen McGinty said.

Southwest has confirmed it is giving passengers on the flight $5,000.