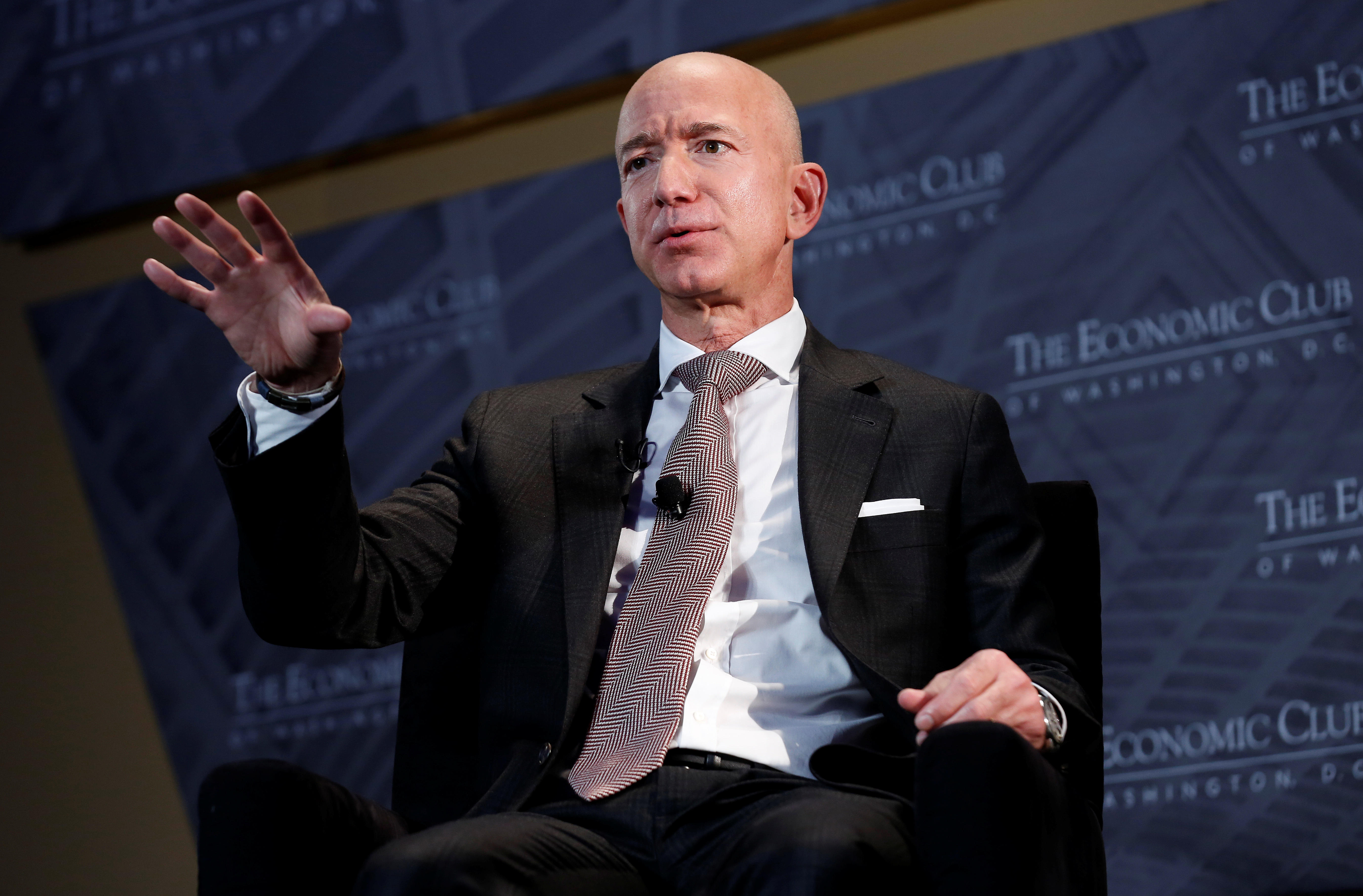 CBS News has learned investigators hired by Amazon CEO Jeff Bezos have now turned over their findings to law enforcement. They are trying to find out how the National Enquirer obtained private photos and messages from Bezos, who claimed the tabloid was trying to blackmail him.

That revelation came weeks after the tabloid revealed Bezos was having an affair with TV host Lauren Sanchez.

A lawyer for the Enquirer's parent company, AMI, says it is the real victim of Bezos' claims, which he called "defamatory."

But Bezos and his team of investigators say it was all part of an extortion plot and are zeroing in on Sanchez's brother as a possible leaker, even though he has denied doing so.

On Sunday, Elkan Abramowitz, the attorney for AMI, stopped short of revealing the source of the leaks. "I'm not going to answer who the source was," he told ABC News. "It was somebody close to both Bezos and Ms. Sanchez."

But a source close to Bezos' private investigators tells CBS News they have conducted multiple interviews with Michael Sanchez, the brother of Bezos' girlfriend. They say Sanchez, a Trump supporter, discussed the matter with Roger Stone and Carter Page, two of Mr. Trump's staunchest defenders.

Contacted by CBS News, a person close to Michael Sanchez dismissed allegations of his involvement as "sloppy leaks and crazy conservative conspiracy theories."

CBS News law enforcement analyst Paul Viollis thinks someone Lauren Sanchez confided in was the likely leaker. "If I was conducting the investigation, I would be starting it with Miss Sanchez," he said. "The highest probability of risk here, where this leak came from, would be Sanchez – whether it was her brother, whether it was a friend, whether it was anybody."

In emails released by Bezos last week, Enquirer officials purportedly claim to have "a naked selfie" and other lewd images of Bezos. They offered not to publish the pictures if the Amazon CEO dropped his investigation.  "I hope common sense can prevail – and quickly," one email said.

Elkan Abramowitz denied the explicit photos were part of blackmail plot. On ABC' "This Week" yesterday he said, "It was part of a legitimate negotiation. Each side had something that they wanted."

Abramowitz says the tabloid wanted Bezos to stop falsely claiming its coverage of his affair was politically motivated.

Bezos and the newspaper he owns, the Washington Post, are frequent targets of President Donald Trump. The National Enquirer is published by another Trump ally, David Pecker. (Last month, Mr. Trump mockingly tweeted about Bezos, calling him "Jeff Bozo.")

On Friday, the White House tried to distance the president from the controversy. "We're not going to get into a conversation about something between Jeff Bezos and a tabloid magazine," said White House deputy press secretary Hogan Gidley.

Regardless of how the texts got leaked, Viollis says he's surprised someone as high-profile as Bezos was not better protected. "For somebody like Mr. Bezos to be operating in such a rudimentary fashion with respect to electronic communications is shocking, to say the least," he said.

Prosecutors could revoke that immunity if they determine the Enquirer broke the law.