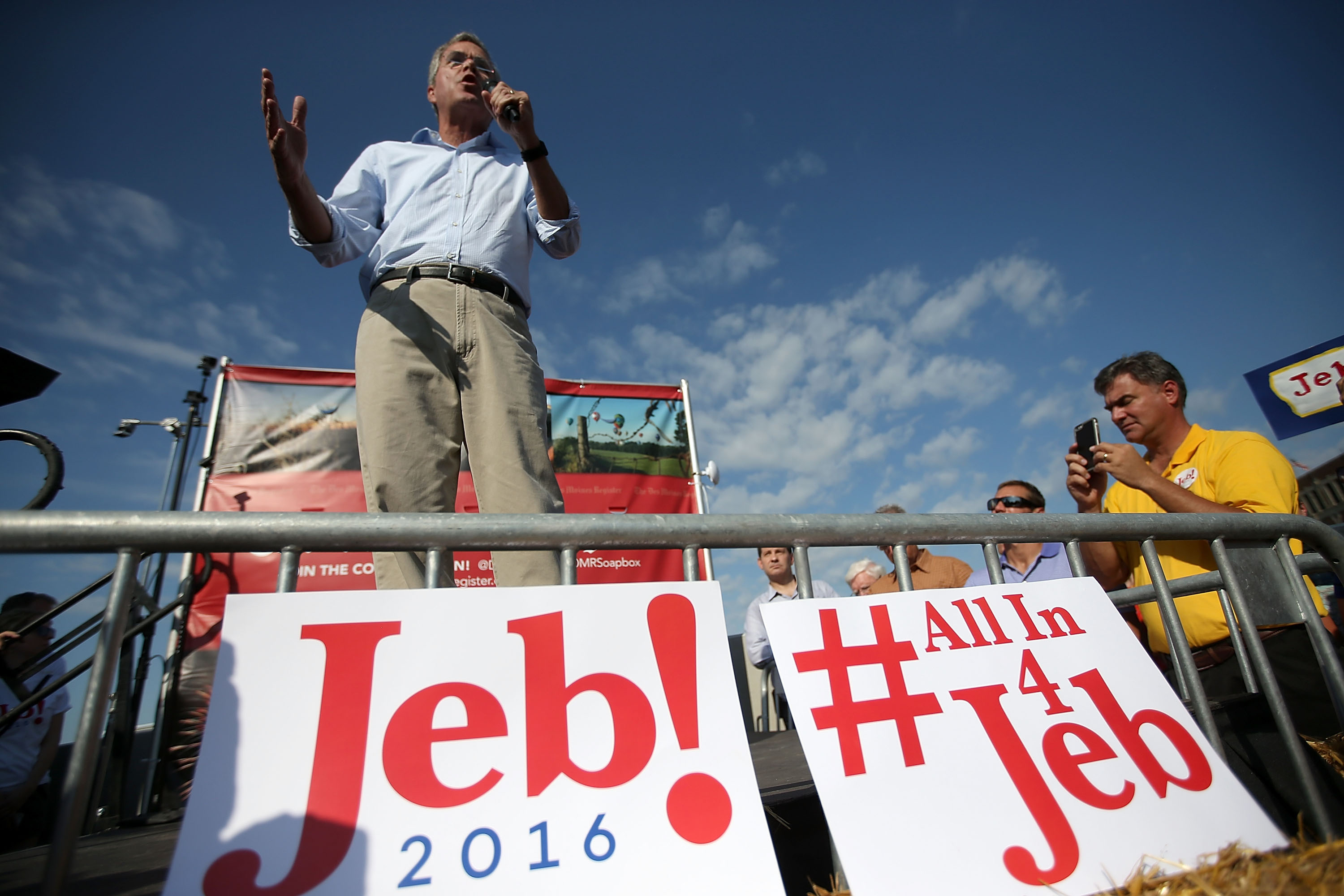 Jeb Bush developed a reputation as a prolific user of email during his tenure as Florida's governor and last year released roughly 250,000 messages he exchanged with Floridians.

Now, he's turned those emails into a book called "Reply All," which will be published Oct. 30. The campaign released a copy of Chapter 6, called "We will prevail" which covers the year 2004. Four hurricanes hit Florida that year, and Bush was fighting to prevent the husband of Terri Schiavo, a brain-damaged woman in a coma, from removing the feeding tube that was keeping her alive artificially.

Bush's campaign says he spent 30 hours a week emailing with staff, reporters and Florida residents. The messages in the published chapter cover a subjects ranging from his leadership during Florida's hurricanes to the state's schools, to Bush's exercise and diet habits (in January 2004 he wrote to someone named Mike Thomas who inquired about those things, ""I walk to work and back when in tallahassee. I workout on the weekendsbut [sic] don't lift weights. I enjoy a fine fruit buit [sic] draw the line with brocoli [sic]").

One exchange published in the chapter shows Bush responding to someone named Xavier Cortada, who wrote to Bush on March 3, 2004 to say that he was "feeling particularly denied and particularly unequal" because he and his life partner, Juan Carlos, were legally not allowed to marry.

"I am sensitive to your point of view but respectfully disagree," he wrote. "If there is discrimination, there are remedies. The cases of violence against gay [sic] and lesbians are unconscionable and the laws of Florida exist to bring justice. Your relationship with Juan Carlos can be made more permanent through contractual obligations that set forth asset disposition and other issues."

"However," Bush continued, "I don't believe that your relationship should be afforded the same status in the law as a man and a woman agreeing to marraige [sic]. The institution of marraige [sic] is under attack in our society and it needs to be strengthened."

He invited Cortada to discuss the issue again.

Other messages show constituents praising Bush for his leadership, including his work on supporting people with developmental disabilities and their families, his line-item budget vetoes. He received a number of notes from Floridians who said he did an excellent job of managing the back-to-back hurricanes that hit the state.

"I have to be perfectly honest and tell you upfront that I have never been a great fan of yours, but your leadership during this hurricane season has been EXACTLY what Floridians need," Barbara Czipri wrote on Sept. 24, 2004 in a note with the subject line, "hug from a democrat." "Every day when I see you at the 9 a.m. conference on TV, I wish that I could reach through the screen to give you a BIG hug. I'm sure you could use a lot of them about now."

He also exchanged emails with Bobby Schindler, Schiavo's sister, one day after the Florida Supreme Court ruled that "Terri's Law" - which blocked Schiavo's husband from removing her feeding tube - was unconstitutional.

"I wish yesterday's decision would have been different, nonetheless, I wantedyou [sic] to know how grateful I am for all that you have done to try and save mysister [sic], Terri's, life," Schindler wrote. "I know that many in the media have been unfair and mean-spirited with whatthey [sic] are writing and saying, but throughout it all you have remained loyalwith [sic] trying to get Terri back home where she belongs -- with my mom and dad."

"Thank you Bobby. What are your next steps," Bush wrote back minutes later.