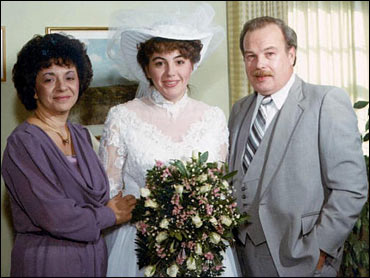 Gov. Jeb Bush asked a judge Tuesday to delay setting a date for removal of a brain-damaged woman's feeding tube so that a guardian for her can be appointed.

In a letter to state Circuit Judge George W. Greer, Bush asked that Terri Schiavo be kept alive until a court-appointed guardian can "independently investigate the circumstances of this case and provide the court with an unbiased view that considers the best interests of Mrs. Schiavo."

Schiavo has been in what doctors call a persistent vegetative state since collapsing in 1990. Her heart stopped from what doctors believe was a potassium imbalance. Since Sunday, she has been hospitalized with pneumonia and other problems.

The 39-year-old woman has been at the center of a long legal battle between her parents, Bob and Mary Schindler, and her husband and legal guardian, Michael Schiavo. The parents want her kept alive; her husband says she never wanted to be kept alive artificially.

Bush said his office has received 27,000 e-mails from people asking him to intervene in the case.

Greer said he is bound by court rulings and probably will not delay the removal of the tube and is "not inclined" to appoint a guardian.

"Frankly, I think I'm operating under a mandate from the 2nd District Court of Appeal, and frankly I don't think I can stray from that mandate," said Greer.

On Friday, the Florida Supreme Court refused to intervene in the case, clearing the way for Greer to set a date for removal of the feeding tube keeping her alive.

Michael Schiavo called Bush's intervention "crazy," accusing the governor of bending to pressure from conservatives who have taken up the e-mail campaign.

"This case has been in litigation for five years, and all of a sudden Gov. Bush wants to be involved?" Michael Schiavo said. "This isn't his concern, and he should stay out of it."