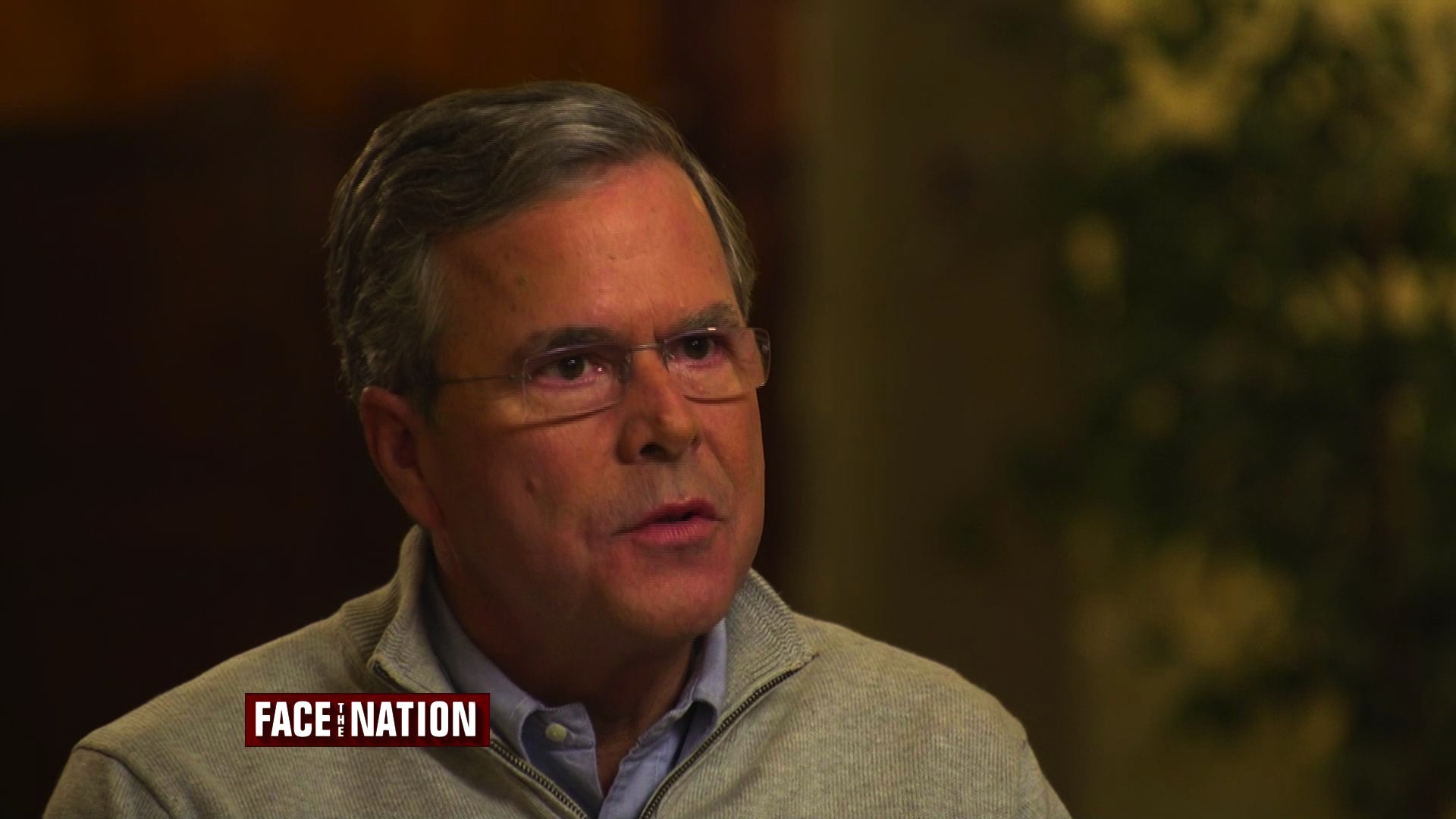 For a brief moment this summer, former Florida Gov. Jeb Bush led the 2016 Republican field. Now, he's sitting solidly in fifth place - but he says he's much happier there.

"I hated that," Bush told "Face the Nation" moderator John Dickerson in an interview that aired Sunday.

"You hated being a frontrunner?" Dickerson asked.

"I feel much better back here," Bush said.

"I've always thought that there was going to be a high expectation for me. And I totally get it," he explained. "Being the frontrunner made me feel like the other guys just dancing right through this. I have to go earn it. I have higher expectations on me than people have on me. So it doesn't bother me a bit that the expectations are high. And I want to win, which means that you garner momentum when it matters and so feel I good about where we are right now."

He said he plans to "campaign my heart out" in the early states and "show who I am."

Being in the middle of the Republican field has left Bush in the position of punching upward at his better-performing rivals. In the "Face the Nation" interview, he said Texas Sen. Ted Cruz's proposal to carpet bomb the Islamic State of Iraq and Syria (ISIS) is "absolutely foolish."

"There are 800,000 people who live in Mosul. There's probably 5,000 Islamic terrorists who control the place. We're going to destroy 800,000 lives with a carpet bombing activity? This is foolish. It is absolutely foolish. And he had to back away from it," Bush said.

"It was kind of clumsy because he's a gifted speaker. It was a little unusual to see him stumble a bit. But that's what we need to avoid," Bush mused. He said that talking about carpet bombing areas held by ISIS is going to prevent the U.S. from developing a coalition of nations to fight the group on the ground.

Bush's number one target has been businessman Donald Trump, and he told Trump during Tuesday's Republican debate, "You're not going to be able to insult your way to the presidency." At a post-debate rally, he called Trump a "jerk."

"Aren't those all insults? Are you trying to insult your way to the presidency?" Dickerson asked.

"No I'm trying to point out that he's not a serious candidate," Bush said. As an example, he said Trump's struggle to answer a question about the nuclear triad, which is the ways the U.S. can fire nuclear weapons, was "mind blowing."

"The fact that he wouldn't know what it is is kind of that's one of those questions that I think you have to answer in a thoughtful way if you're running for president of the United States," Bush said.

He said Trump is "not a serious man." Bush said he doesn't take personally the insults Trump lobs his way - but neither should Trump, because "someone needs to call him out."

"To a certain extent, it is a little liberating to be able to post up against a guy who is not qualified to be president and to share your vision about the better way," Bush said.

"We're losing influence around the world and Putin is gaining influence. He's not an ally. He's a dictator. He's a bully," Bush said. "We need a president that actually will stand up for American interests whether it's in Europe or the Middle East. That's how you create a better relationship with Putin. You don't brag about what a great guy he is. He's not. He kills journalists. Anybody that opposes him ultimately is pushed away."

Bush also had a message for all of his opponents who have shifted their positions throughout the course of the campaign.

"You've got to have a spine. You've got to have a backbone," he said. "Look, this is a tough job. You think it's hard to deal with angry people about immigration in a town hall meeting? Yeah, I mean it's not the easiest thing to do. But it's a lot harder than dealing with Putin or President Xi and the ambitions of China. Or dealing with the stagnant economy that we face."