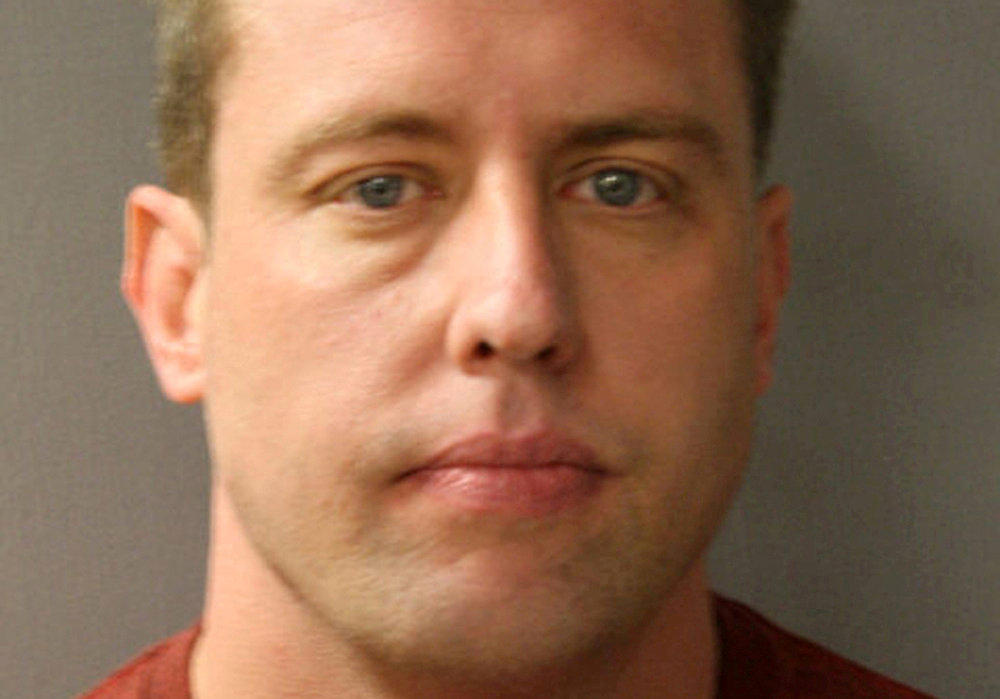 ST. LOUIS -- A white former police officer was acquitted Friday in the 2011 death of a black man who was fatally shot following a high-speed chase, with the judge declaring that he could not be swayed by "partisan interests, public clamor or fear of criticism."

The acquittal of Jason Stockley in the death of 24-year-old Anthony Lamar Smith had stirred concerns about possible civil unrest for weeks. Several hundred protesters were marching in the streets of downtown St. Louis within hours of the verdict.

Some protesters shouted, "If we can't get no justice y'all can't get no peace" and burned a St. Louis Cardinals sweatshirt, according to a reporter for CBS St. Louis affiliate KMOV-TV.

Stockley was charged with first-degree murder but insisted he saw Smith holding a gun and felt he was in imminent danger. Prosecutors said Stockley planted a gun in Smith's car after the shooting. The officer asked the case to be decided by St. Louis Circuit Judge Timothy Wilson instead of a jury. Prosecutors objected to that move.

"While officer-involved shooting cases are extremely difficult to prevail in court, I believe we offered sufficient evidence that proved beyond a reasonable doubt that Jason Stockley intended to kill Mr. Smith," Gardner said in a written statement.

Assistant Circuit Attorney Robert Steele emphasized during the trial last month that police dashcam video of the chase captured Stockley saying he was "going to kill this (expletive), don't you know it."

Less than a minute later, the officer shot Smith five times. Stockley's lawyer dismissed the comment as "human emotions" uttered during a dangerous police pursuit. The judge wrote that the statement "can be ambiguous depending on the context."

Stockley, 36, could have been sentenced to up to life in prison without parole. He left the St. Louis police force in 2013 and moved to Houston.

It is unusual for officers to be charged with killing suspects while on duty. Few officers have been convicted in such deaths.

Ahead of the verdict, activists in St. Louis threatened civil disobedience if Stockley were acquitted, including possible efforts to shut down highways. Barricades went up on Aug. 28 around police headquarters, the courthouse where the trial was held and other potential protest sites.

The St. Louis area has a history of unrest in similar cases, including after the fatal shooting of Michael Brown in Ferguson in 2014. Protests, some of them violent, erupted after the unarmed black 18-year-old was killed by a white police officer. The officer was not charged but later resigned.

In Smith's case, the encounter began when Stockley and his partner tried to corner Smith in a fast-food restaurant parking lot after seeing what appeared to be a drug deal. Stockley testified that he saw what he believed was a gun, and his partner yelled "gun!" as Smith backed into the police SUV twice to get away.

Stockley's attorney, Neil Bruntrager, argued that Smith, a parole violator with previous convictions for gun and drug crimes, tried to run over the two officers. Stockley fired seven shots as Smith sped away. A chase ensued.

At the end of the chase, Stockley opened fire only when Smith, still in his car, refused commands to put up his hands and reached along the seat "in the area where the gun was," Bruntrager said. Stockley said he climbed into Smith's car and found a revolver between the center console and passenger seat.

But prosecutors questioned why Stockley dug into a bag in the back seat of the police SUV before returning to Smith's car.

The gun found in Smith's car did not have his DNA on it, but it did have Stockley's.

"The gun was a plant," Steele said.

The case was among several in recent years in which a white officer killed a black suspect. Officers were acquitted in recent police shooting trials in Minnesota, Oklahoma and Wisconsin. A case in Ohio twice ended with hung juries, and prosecutors have decided not to seek a third trial.