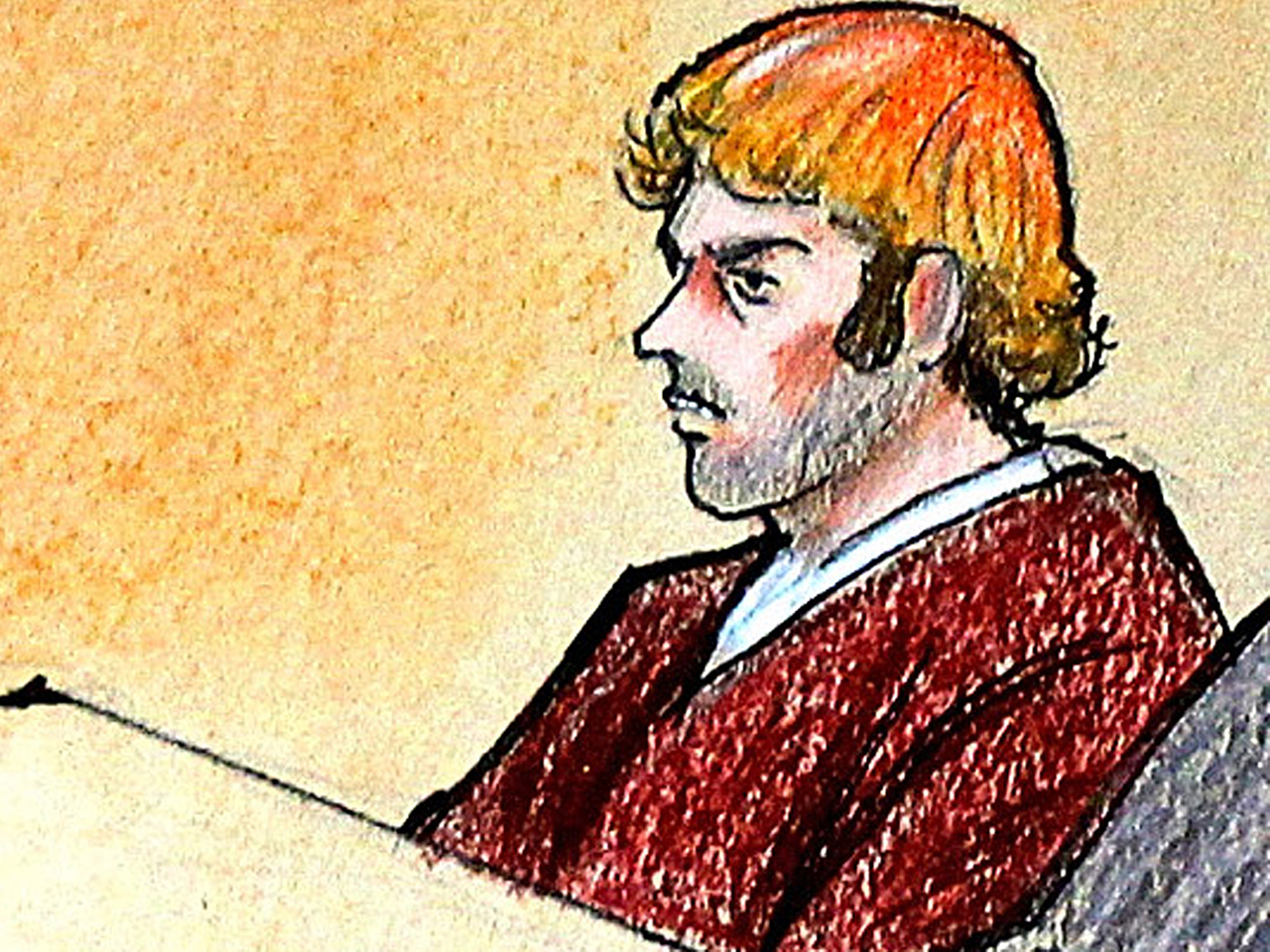 For each victim who died in the rampage, Holmes, 24, was charged with two counts of first-degree murder, one for allegedly intending to cause harm and another for allegedly acting with extreme indifference to human life, according to court documents.

A conviction under extreme indifference means that any life sentences would have to be served consecutively, not concurrently, said Craig Silverman, a former chief deputy district attorney in Denver.

Prosecutors also filed 116 counts of attempted murder against Holmes, who Aurora police said booby trapped his apartment with the intent to kill any officers responding there the night of the theater attack. Among the charges Monday was one count of possession of explosives and one count of a crime of violence.

Holmes, still with his hair dyed orange-red, appeared just as dazed as he did in his first court appearance last week, but at one point exchanged a few words with one of his attorneys in the packed courtroom. He did not enter a plea during the hearing. He ultimately could verbally enter a plea, or his attorneys could enter it for him.

At times, it appeared Holmes was trying to focus his eyes. When the judge asked if he approved of a delay in the bail hearing to November, he reacted as if his thoughts were disturbed. Holmes leaned to his lawyer, appeared to mouth "OK," then responded "yeah" to the judge.

Unlike Holmes' first court appearance July 23, Monday's hearing was not televised. At the request of the defense, District Chief Judge William Sylvester barred video and still cameras from the hearing, saying expanded coverage could interfere with Holmes' right to a fair trial.

Last week, Sylvester allowed a live video feed that permitted the world its first glimpse of the shooting suspect. With an unruly mop of orange hair, Holmes appeared bleary-eyed and distracted. He did not speak.

Before the hearing, several people in the courtroom clasped their hands and bowed their heads as if in prayer. One unidentified man glared at Holmes throughout the hearing.

Among the victims attending the hearing was Rita Paulina, who arrived in a wheelchair. Another woman with a bandaged arm was among several wearing Batman T-shirts.

Investigators said Holmes began stockpiling gear for his assault four months ago and bought his weapons well before the shooting spree just after midnight during a showing of the Batman film "The Dark Knight Rises."

The four guns retrieved from the shooting were purchased legally at three Colorado gun stores between May 22 and July 6, CBS News correspondent Bob Orr reports. A federal law enforcement source told CBS News that Holmes spent $15,000 fortifying his arsenal online. Authorities found a shipping label from BulkAmmo.com in a dumpster near Holmes' apartment, the source said.

Holmes was arrested by police outside the theater. Analysts said that means it's likely there's only one main point of legal dispute between prosecutors and the defense.

"I don't think it's too hard to predict the path of this proceeding," said Craig Silverman, a former chief deputy district attorney in Denver. "This is not a whodunit. ... The only possible defense is insanity."

One development over the weekend brought more grief. A woman who was critically wounded and whose 6-year-old daughter was killed suffered a miscarriage because of the trauma, her family said Saturday. Ashley Moser's daughter, Veronica Moser-Sullivan, was the youngest person killed in the attack.

Under Colorado law, defendants are not legally liable for their acts if their minds are so "diseased" that they cannot distinguish between right and wrong. However, the law warns that "care should be taken not to confuse such mental disease or defect with moral obliquity, mental depravity, or passion growing out of anger, revenge, hatred, or other motives, and kindred evil conditions."

Experts said there are two levels of insanity defenses.

Holmes' public defenders could argue he is not mentally competent to stand trial, which is the argument by lawyers for Jared Loughner, who is accused of killing six people in 2011 in Tucson, Ariz., and wounding several others, including Rep. Gabrielle Giffords. Loughner, who has pleaded not guilty to 49 charges, has been diagnosed with schizophrenia and is undergoing treatment at a Missouri prison facility in a bid to make him mentally fit to stand trial.

Sam Kamin, a law professor at the University of Denver, said there is "pronounced" evidence that the attack was premeditated, which would seem to make an insanity defense difficult. "But," he said, "the things that we don't know are what this case is going to hinge on, and that's his mental state."

Friends in Southern California, where Holmes grew up, describe him as a smart, sometimes awkward youth fascinated by science. He came to Colorado's competitive neuroscience doctoral program in June 2011. A year later, he dropped out shortly after taking his year-end exam.

Attorneys also argued over a defense motion to find out who leaked information to the news media about a package Holmes allegedly sent to his psychiatrist at the University of Colorado Denver.

Authorities seized the package July 23, three days after the shooting, after finding it in the mailroom of the medical campus where Holmes studied.

Several media outlets reported that it contained a notebook with descriptions of an attack, but Arapahoe County District Attorney Carol Chambers said in court papers that the parcel hadn't been opened by the time the "inaccurate" news reports appeared.

Prosecutor Tamara Brady said Monday she will subpoena psychiatrist Lynne Fenton to testify in the dispute over whether a notebook is privileged because of a possible doctor-patient relationship. A hearing on the matter was set for Aug. 16.

The University of Colorado's website identified Fenton as the medical director of the school's Student Mental Health Services. An online resume listed schizophrenia as one of her research interests and stated that she sees 10 to 15 graduate students a week for medication and psychotherapy, as well as five to 10 patients in her general practice as a psychiatrist.

Sylvester has tried to tightly control the flow of information about Holmes, placing a gag order on lawyers and law enforcement, sealing the court file and barring the university from releasing public records relating to Holmes' year there. A consortium of media organizations, including CBS News, is challenging Sylvester's sealing of the court file. Sylvester set an Aug. 9 hearing for that motion.

A hearing to update the status of the case was set for Sept. 27. A hearing to review evidence matters and to determine whether Holmes should continue to be held without bail was set for the week of Nov. 9.