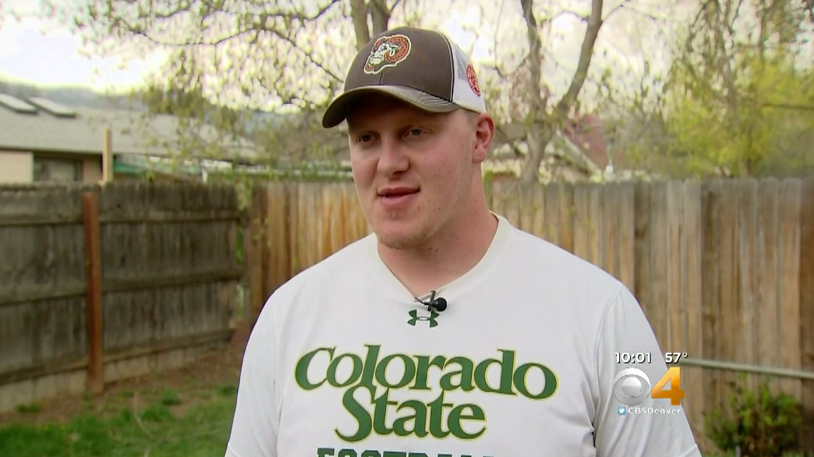 FORT COLLINS, Colo. -- A survivor of the 2012 movie theater shooting in Aurora, Colorado, has signed with the NFL's Los Angeles Chargers. The team announced Saturday that Zack Golditch was signed on a free agent contract after no teams selected him in this year's draft, CBS Denver reports.

"I was kind of just hanging out and then I got the phone call and the nerves settled a little bit and the excitement kicked in," Golditch told CBS Denver.

The 23-year-old guard shined on the offensive line for the Colorado State University (CSU) Rams. He was a first-team All-Mountain West selection during his senior year.

He attended Gateway High School in Aurora. On July 20, 2012, he was watching a movie in the theater right next to the one where the shooter killed 12 people. A bullet fired by the gunman came through the wall and went through his neck, just missing his spine.

It wasn't easy, but over time he healed both physically and mentally. Golditch said he always had football to take his mind of things, but it was the CSU community that also helped him move on.

"They helped me develop myself as a person on and off the field," he said.

Golditch is excited about the possibility of playing against his hometown team, the Broncos. He hopes his story will help inspire anyone else.

"You control your attitude for everything, just embrace the people around you. They're going to be there for you at the end of the day," he said.