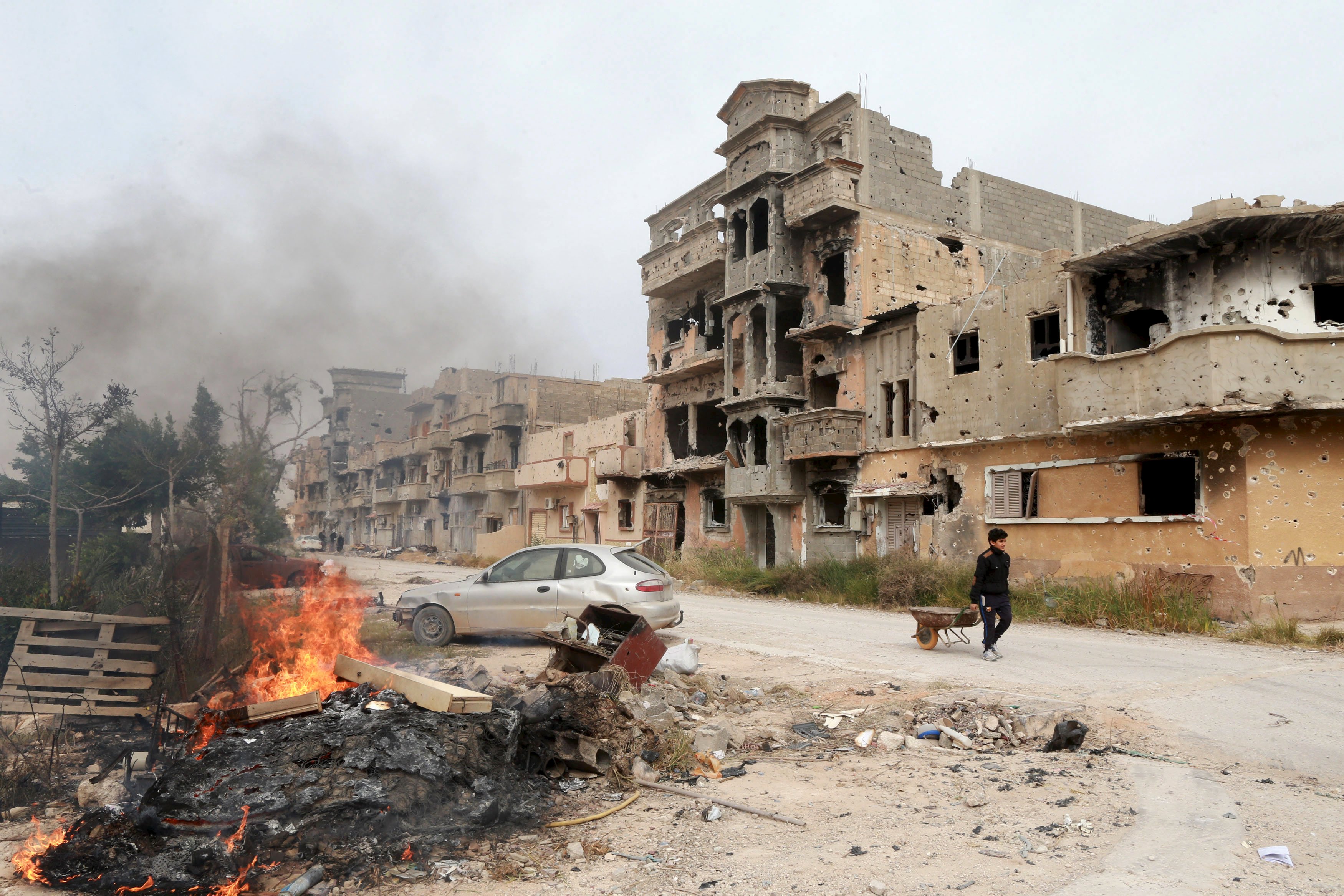 BENGHAZI, Libya -- Two Italian construction workers who were kidnapped in Libya last July may have been killed in the North African country during a clash between militants from the Islamic State of Iraq and Syria (ISIS) and local militias fighting them, Italian authorities and Libyan officials said Thursday.

Photographs of nine people killed in the clash, including the two possible Italians, were posted online after the gunfight, which took place on Wednesday near the Libyan city of Sabratha. Their identity has not been definitively confirmed yet.

The Italian Foreign Ministry said in a statement Thursday that the families of Fausto Piano and Salvatore Failla have been informed that their loved ones "could" be the two victims. The ministry said it couldn't confirm the identities because officials do not have access to the bodies.

The contested western Libyan city of Sabratha has been the scene of heavy clashes recently.

Last month, the U.S. carried out airstrikes against an ISIS position there, killing dozens of militants as well as two Serbian hostages. Later in February, a militia loyal to the Islamist-backed government in the capital of Tripoli said it arrested the leader of the ISIS branch in Sabratha, after ISIS tried to take over the city, storming its security headquarters and beheading at least 12 militiamen.

On Thursday, the head of the so-called "Sabratha Media Center" said the local militia fighting ISIS ambushed two of the group's cars in a desert highway, 22 miles south of Sabratha, killing all nine people in the vehicles.

The bodies of the two Italians were later found, with weapons in their hands, said the head of the media center, Esam Krair.

At first the militiamen thought the two were from Syria because of their fair skin - the others in the convoy were from North African or had sub-Saharan African origins, said Krair.

"We will contact the Italian authorities and hope they recover the bodies for investigation," added Krair.

The four Italians were working for the Italian construction company Bonatti when they were kidnapped July 19 near an industrial complex owned by the Italian energy giant Eni in the western Libyan city of Mellitah.

Libya slid into chaos following the 2011 toppling and killing of dictator Muammar Qaddafi. Since 2014, its divisions only increased, splitting it into two governments and parliaments -- the internationally recognized one in the country's east, and an Islamist-backed one in Tripoli.

Each side is backed by an array of different militias. Amid the chaos, the Libyan ISIS affiliate has surged, claiming responsibility for a series of deadly attacks as it tries to expand its territory and take control of oil terminals and fields, the sole source of Libya's wealth.