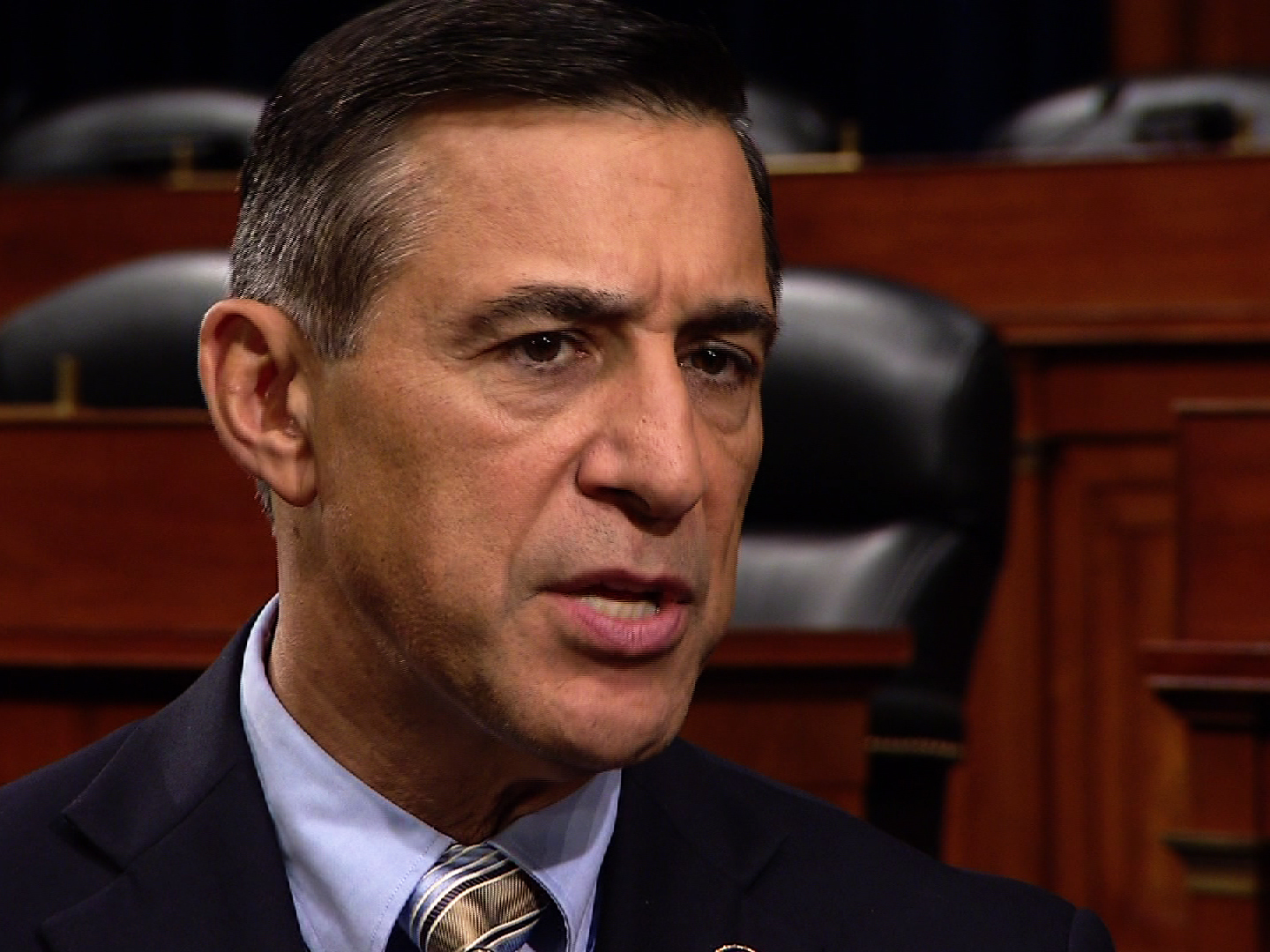 There's "no question" someone from Hillary Clinton's circle - if not the former secretary of state herself - was involved in the "cover-up" of any missteps by the administration following an attack on a U.S. consulate last Sept. 11 in Benghazi, Libya, House Oversight and Government Reform Committee Chairman Darrell Issa, R-Calif., told CBS News on Monday.

"If Hillary Clinton is not responsible for the before, during and after mistakes... it's somebody close," Issa told CBS News correspondent Nancy Cordes on Monday. "There certainly are plenty of people close to the former secretary who knew, and apparently were part of the problem."

Ahead of a hearing on Benghazi in Issa's committee this week, Fox News reported that Mark I. Thompson, the deputy coordinator for operations in the State Department's counterterrorism bureau, will testify that Clinton attempted to cut out the bureau from communications about the attack. Such charges would likely cripple not only Clinton's pristine record as secretary, but also the chance that she'll decide to launch a presidential bid in 2016.

Those close to Clinton who may have engaged in "deliberately, premeditated lying to the American people," Issa said, could include Under Secretary for Management Patrick Kennedy or Beth Jones, acting assistant secretary for near eastern affairs at the State Department.

In excerpts of an interview with investigators released Sunday, Greg Hicks - the No. 2 official in Libya at the time of the attack that killed Amb. Chris Stevens and three other Americans - claimed that "everybody in the mission" thought the strike was a terrorist act "from the get-go." One day after U.S. Ambassador to the United Nations Susan Rice hit the Sunday show circuit Sept. 16 to make the case that it was not a premeditated terrorist attack but began "spontaneously" out of protests in Egypt, Hicks said, he called Jones.

"I asked her... 'Why did Amb. Rice say that?'" Hicks said. The tone of her answer - "I don't know," he continued - indicated that "I perhaps asked a question that I should not have asked."

Issa suggested Monday the ever-evolving talking points that guided Rice were likely perpetrated by political worries three weeks before a major election. Or, he added, "it could be a general want to believe that we're closer to the end of the war on terror than right in the middle of it."

January 6 defendant is first to be acquitted on all charges