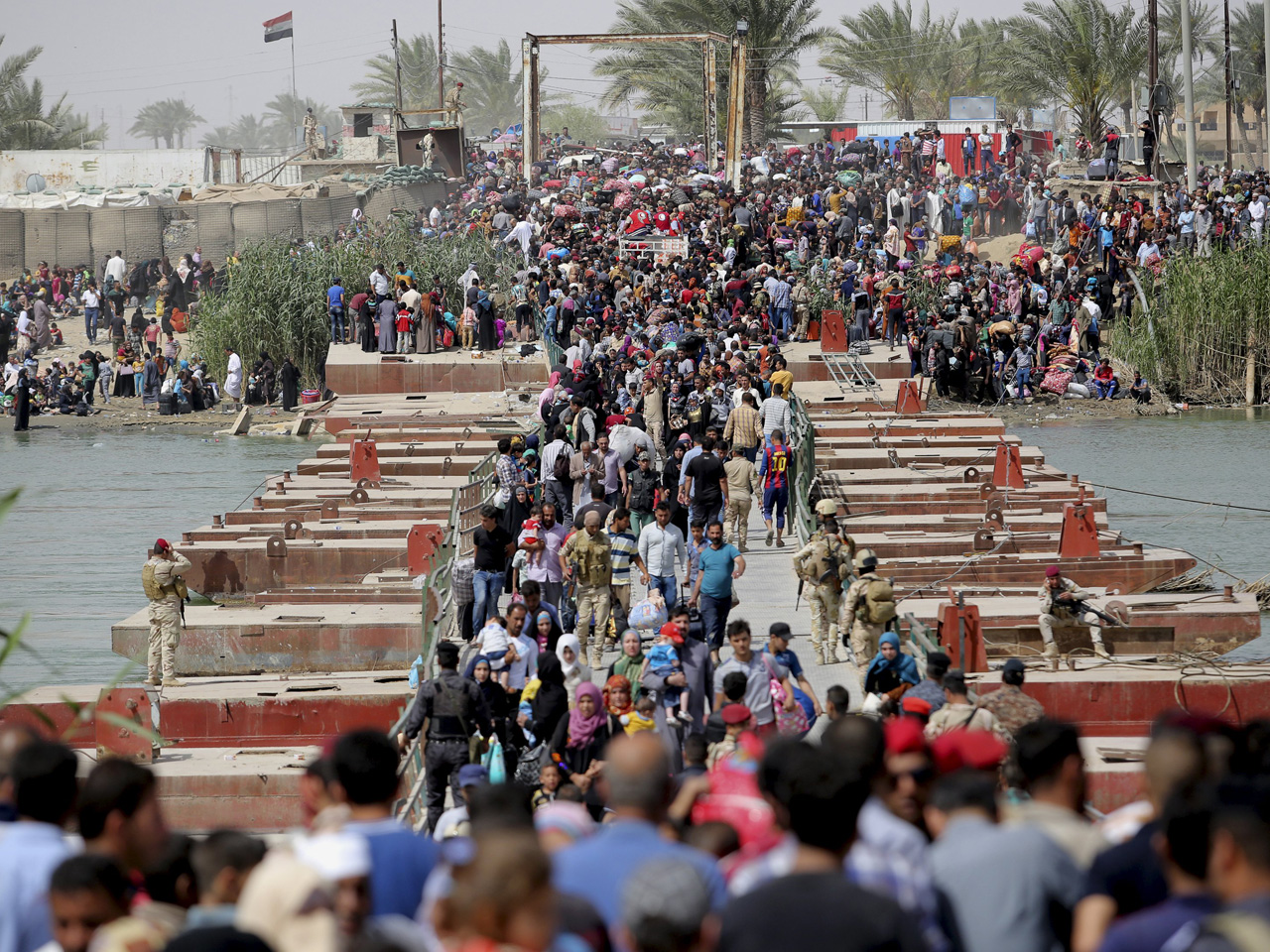 CAIRO - A video released by the Islamic State of Iraq and Syria (ISIS) on Sunday appears to show the killing of two different groups of captured Ethiopian Christians by the extremist group's Libyan affiliates.

The 29-minute online video purports to show militants holding two groups of captives. It says one group is held by an ISIS affiliate in eastern Libya known as Barka Province and the other by an affiliate in the south calling itself the Fazzan Province.

A masked fighter brandishing a pistol delivers a long statement, saying Christians must convert to Islam or pay a special tax prescribed by the Quran.

It was not immediately clear who the captives were or when they were captured. It was also not clear how many captives were killed.

The Ethiopian government said they were looking into reports that it was their citizens in the video.

Also in the video,

The video bore the official logo of the ISIS media arm Al-Furqan and resembled previous videos released by the extremist group, including one in February in which ISIS militants in Libya beheaded 21 captured Egyptian Christians on a beach.

Since that video, tens of thousands of Christians have fled Libya, fearing for their safety. Egypt responded angrily to the atrocity, bombing several ISIS targets inside Libya in response.

ISIS has claimed that Christians who pay a tax to live in its territories are well-treated and has called on Christians who have left ISIS-controlled land to return.

In the recent video, a man identified as a Christian said he's safe and happy living under ISIS.

ISIS has been able to gain a foothold amid the chaos in Libya as it has descended into chaos more than 3 years after a U.S.-backed uprising toppled the country's longtime dictator Muammar Qaddafi, as various tribes, militias, political parties and religious groups battle for power.

French forces largely expelled al Qaeda-linked insurgents from northern Mali in 2013 and some fled to Libya.

ISIS is also advancing in Iraq, where the extremists captured three villages near the city of Ramadi in the western Anbar province and were locked in heavy clashes with Iraqi troops.

The Office for the Coordination of Humanitarian Affairs said in a statement that civilians are fleeing Ramadi as well as the three nearby villages captured by ISIS a few days ago. It said humanitarian agencies have moved quickly to provide assistance, including food, water and shelter.

"Our top priority is delivering life-saving assistance to people who are fleeing -- food, water and shelter are highest on the list of priorities," said Lise Grande, the U.N. humanitarian coordinator for Iraq.

Grande expressed concern over the safety of the displaced people, who are mainly heading to Baghdad and the ISIS-held city of Fallujah.

"Seeing people carrying what little they can and rushing for safety is heart-breaking," she added.

Iraqi officials in Anbar have described Ramadi as a ghost town, with empty streets and closed shops.

Iraqi troops backed by Shiite militias and U.S.-led airstrikes managed to dislodge ISIS from the northern city of Tikrit earlier this month.

But the troops have struggled against the militants in Anbar, which saw some of the heaviest fighting of the eight-year U.S. military intervention that ended in 2011.