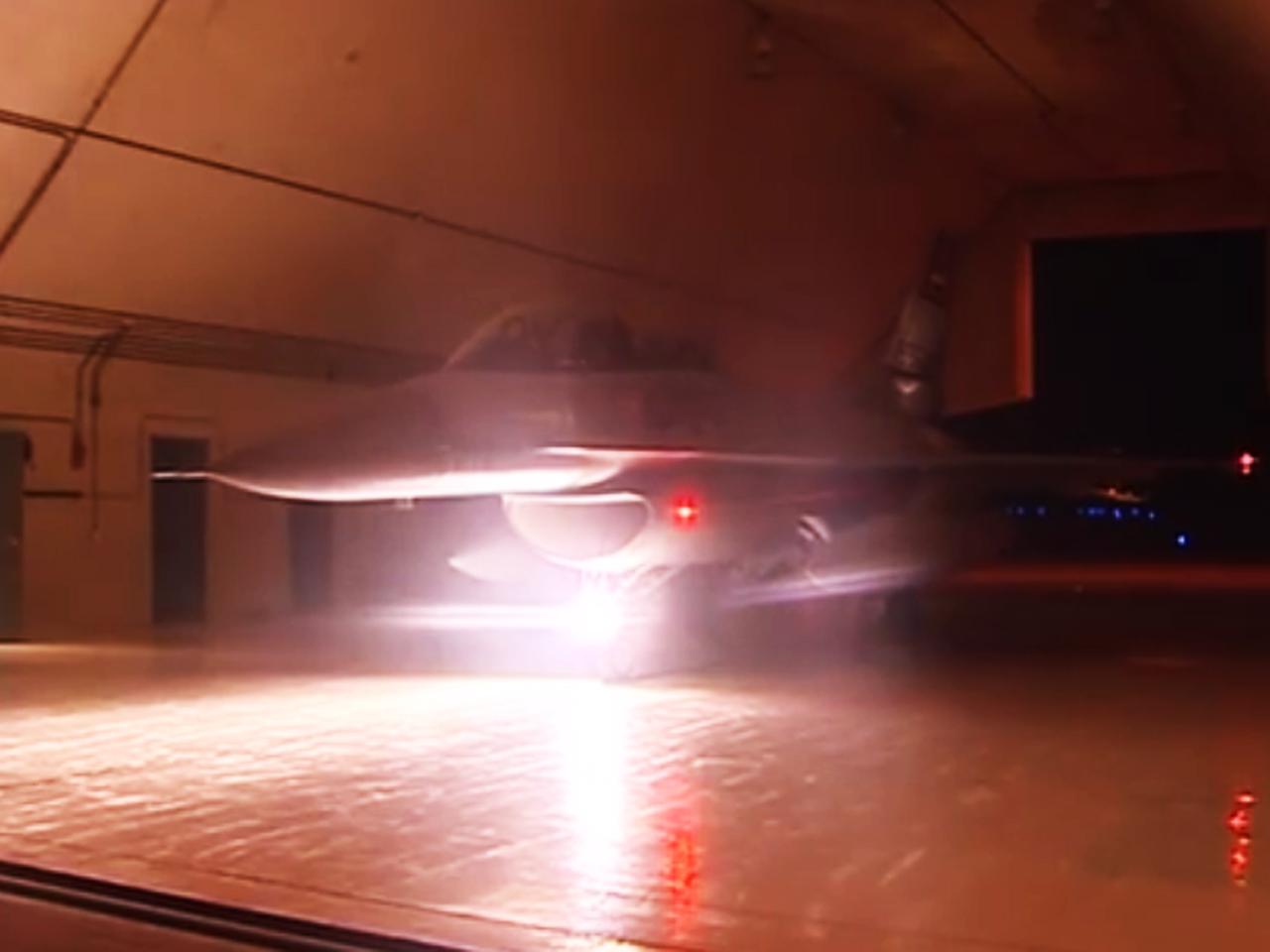 CAIRO -- Egypt has launched airstrikes against Islamic State of Iraq and Syria (ISIS) targets in Libya after the extremist group released a grisly video purporting to show the beheading of several Coptic Christians it had held hostage for weeks.

A spokesman for the Armed Forces General Command announced the strikes on state radio Monday, marking the first time Cairo has publicly acknowledged taking military action in neighboring Libya, where extremist groups seen as a threat to both countries have taken root in recent years.

The statement said the warplanes targeted weapons caches and training camps before returning safely. It said the strikes were "to avenge the bloodshed and to seek retribution from the killers."

"Let those far and near know that Egyptians have a shield that protects them," it said.

Egyptian State TV aired military footage of fighter jets taking off at dawn for the airstrikes.

Libya's air force meanwhile announced it had launched strikes in the eastern city of Darna, which was taken over by an Islamic State affiliate last year. The announcement, on the Facebook page of the Air Force Chief of Staff, did not provide further details.

The video purporting to show the mass beheading of Coptic Christian hostages was released late Sunday by militants in Libya affiliated with the Islamic State group. The Egyptian government and the Coptic Church, which is based in Egypt, have said the video is authentic.

The video shows several men in orange jumpsuits being led along a beach, each accompanied by a masked militant. The men are made to kneel and one militant addresses the camera in English before the men are simultaneously beheaded.

The makers of the video identify themselves as the Tripoli Province of ISIS.

The United States condemned the purported killings, calling them "despicable" and "cowardly."

Earnest said the killings underscore the need for a political resolution to the conflict in Libya. He said the situation there only benefits terrorist groups, and he called on the Libyan people to unite in opposition to terrorism.

Also Sunday, Secretary of State John Kerry called Egyptian Foreign Minister Sameh Shoukry, offering his condolences on behalf of the American people and strongly condemning the killings. Kerry and the foreign minister agreed to keep in close touch, according to a release from the State Department.

The killings raise the possibility that the extremist group - which controls about a third of Syria and Iraq in a self-declared caliphate - has established a direct affiliate less than 500 miles from the southern tip of Italy. One of the militants in the video makes direct reference to that possibility, saying the group now plans to "conquer Rome."

Italian Defense Minister Roberta Pinotti said in an interview published Sunday in the Il Messaggero daily that her country was ready to lead a coalition of countries - European and North African - to stop the militants' advance.

"If in Afghanistan we sent 5,000 men, in a country like Libya which is much closer to home, and where the risk of deterioration is much more worrisome for Italy, our mission and commitment could be significant, even numerically," she was quoted as saying.

Italy, she said, would gladly take a lead role "for geographic, economic and historic reasons," but she stressed that so far such an intervention was only theoretical. Asked if ground troops were a possibility, she said it would depend on the scenario.

The militants had been holding 21 Egyptian Coptic Christian laborers rounded up from the city of Sirte in December and January. It was not clear from the video whether all 21 hostages were killed.

It was one of the first such beheading videos from an Islamic State group affiliate to come from outside the group's core territory in Syria and Iraq.

An Egyptian government official tells CBS News' Alex Ortiz that, by the Foreign Ministry's count, there are around 1.5 million Egyptian nationals currently in Libya -- a common destination for Egyptian migrant workers. The concern in Cairo is not only that things could militarily escalate between Egypt and Islamist groups in Libya, but that there are many, many Egyptian targets who could become victim to more ISIS attacks.

The same official tells Ortiz the focus now is on evacuating those nationals -- but that's a huge number of Egyptian citizens in Libya, and it's unclear how Egypt can evacuate them in a hurry.

Libya in recent months has seen the worst unrest since the 2011 uprising that toppled and killed longtime dictator Moammar Qaddafi, which will complicate any efforts to combat the country's many Islamic extremist groups.

The internationally recognized government has been confined to the country's far east since Islamist-allied militias seized the capital Tripoli last year, and Islamist politicians have reconstituted a previous government and parliament.

Egypt has strongly backed the internationally recognized government, and U.S. officials have said both Egypt and the United Arab Emirates have taken part in a series of mysterious airstrikes targeting Islamist-allied forces.

The Egyptian government declared a seven-day mourning period after the release of the video, and President Abdel Fattah el-Sissi addressed the nation late Sunday night, pledging resilience in a fight against terrorism.

"These cowardly actions will not undermine our determination" said el-Sissi, who also banned all travel to Libya by Egyptian citizens. "Egypt and the whole world are in a fierce battle with extremist groups carrying extremist ideology and sharing the same goals."

According to CBS News' Pamela Falk, the United Nations Security Council issued a statement saying it "strongly condemned the heinous and cowardly apparent murder in Libya of 21 Egyptian Coptic Christians by an affiliate (ISIS). This crime once again demonstrates the brutality of ISIL, which is responsible for thousands of crimes and abuses against people from all faiths, ethnicities and nationalities, and without regard to any basic value of humanity."