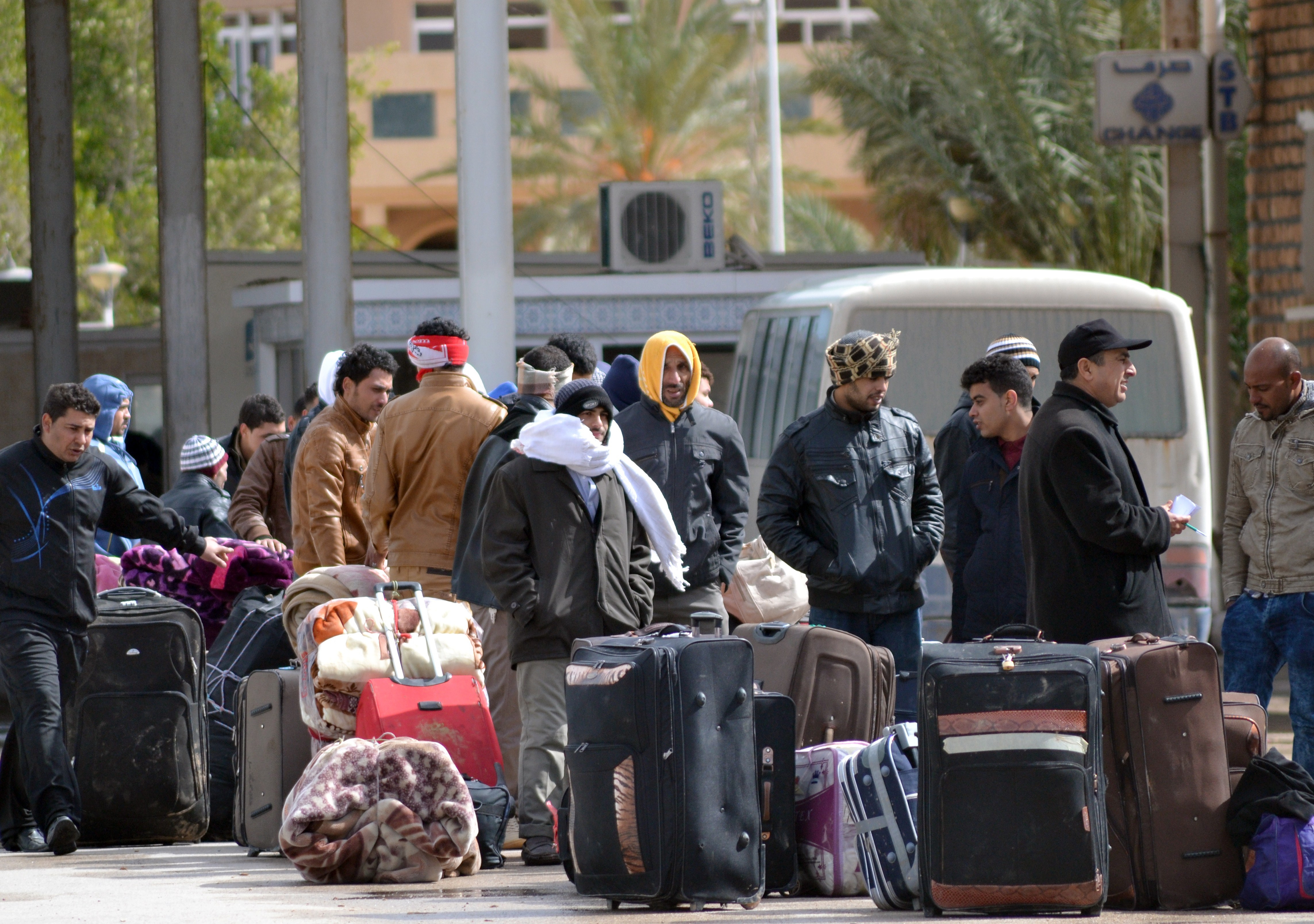 CAIRO -- An Egyptian border official says some 20,000 Egyptians have fled Libya since the release of a grisly beheading video by Islamic State of Iraq and Syria (ISIS) militants.

The video, showing the beheading of 21 Egyptian Christians, prompted Cairo to launch retaliatory airstrikes and ban Egyptians from traveling to the increasingly volatile North African country.

Fawzi Nayel, security chief at the Salloum crossing, told The Associated Press an average of 2,000 to 3,000 Egyptians have crossed daily from Libya in the 10 days since the video was released. Many have come from Sirte, the central city where the 21 Coptic Christians were abducted.

He said no mass evacuation is underway in the east, which is largely controlled by the internationally recognized Libyan government, and that Egyptians in western Libya are crossing into Tunisia.