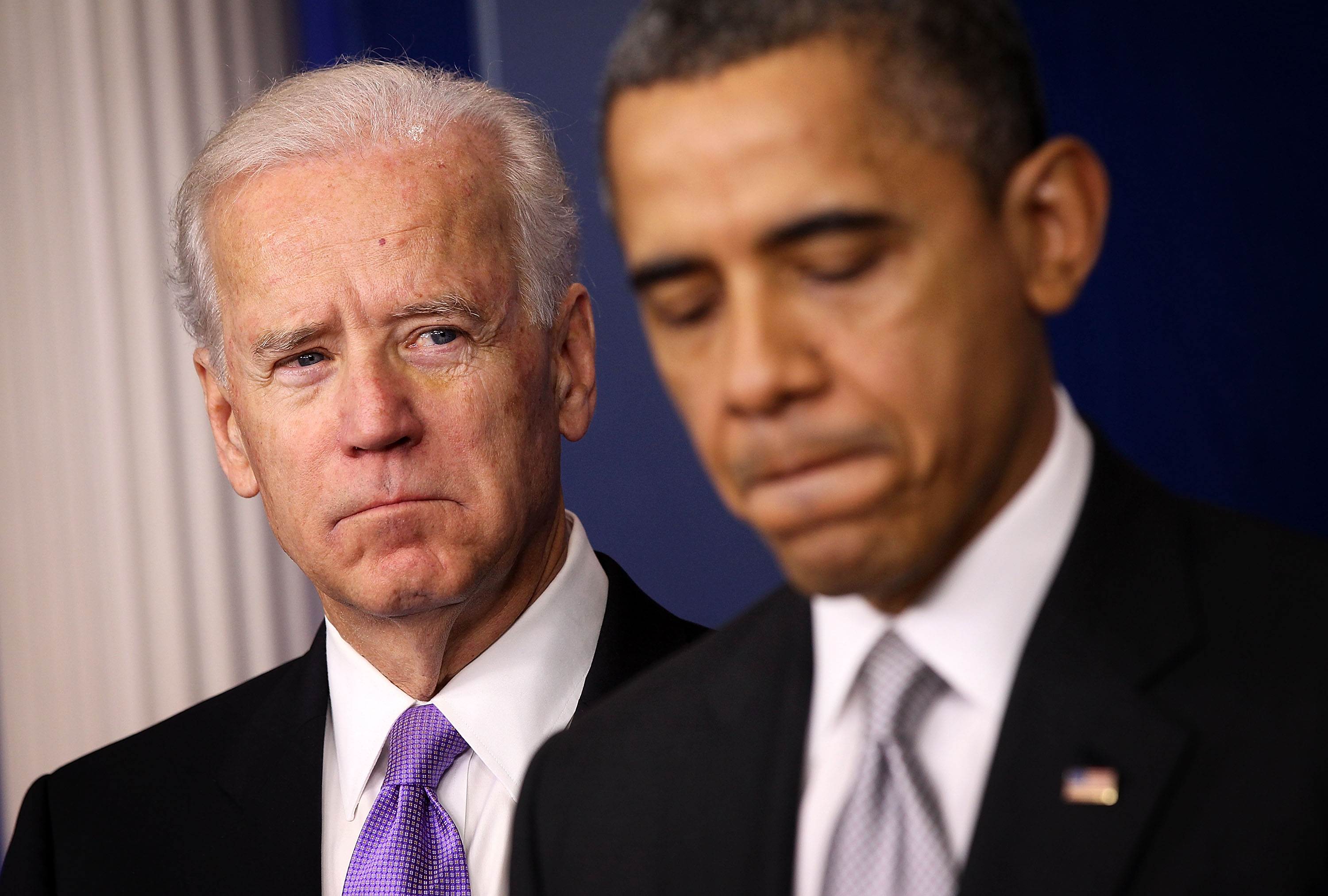 On Wednesday, a little more than a month after the deadly shootings in Newtown, Connecticut, President Obama will unveil a series of proposals aimed at reducing gun violence in America, broaching one of the most politically toxic issues in Washington even as he gears up for a series of critical economic battles with Congress. As details about his plans become clear, however, questions remain as to what, if anything, the president will be able to get past a bitterly divided Congress -- and how much he can get done without it.

In the aftermath of the December shootings, in which 20 first-graders and six adult faculty members were killed in a shooting spree at Sandy Hook Elementary School, a number of pro-gun Democrats -- and even a handful of Republicans -- have shown a newfound openness to considering new restrictions on gun laws.

Mr. Obama, too, who has long supported laws like the Assault Weapons Ban but had previously done little to push for them, made it clear within days of the shooting that he meant to act, tasking Vice President Joe Biden to develop a series of actionable recommendations to reduce gun violence. Biden, the original author of the now-expired Assault Weapons Ban, has spent the last few weeks soliciting recommendations from various stakeholders on the issue, and has already suggested that his proposals will include calls for universal background checks, reinstating the Assault Weapons Ban, and stricter regulations on high-capacity magazine ammunition clips.

In a press conference yesterday, Mr. Obama reaffirmed those expectations, and suggested he will take administrative "steps" to implement his plan where possible. Biden told House Democrats Monday that the president is mulling over 19 possible executive orders, according to Politico - changes to the law Mr. Obama can make without congressional approval.

As for broader-reaching legislation to tighten gun laws, gun control activists are expressing optimism. However, the major roadblock to passing such laws -- much less a comprehensive gun control package -- remain the same: Republicans, who face enormous pressure from the National Rifle Association (NRA) over gun rights, control the agenda of the House of Representatives, and there's no indication they're ready to budge on the issue.

"I don't think there's any gun control issue that could get a majority of Republican support," said Adam Winkler, a professor of constitutional law at the UCLA, and an expert in gun laws. Barring a "time machine," he said, "any comprehensive legislation might be D.O.A."

The expectation that any gun control-related measure will stall out in Congress hardly comes from out of the blue. Despite a spate of mass shootings over the three decades -- from Columbine to Tucson to Aurora to Virginia Tech -- gun rules have, as a general rule, become more lax rather than stringent. Although Congress did pass a law providing new funds for states to gather background information on potential gun purchasers after the Virginia Tech massacre, to date the most deadly mass shooting in American history, few other meaningful regulations have made its way through Congress. Meanwhile, the Assault Weapons Ban expired in 2004, and states across the country have passed all sorts of laws making it legal to carry concealed weapons everywhere from schools and daycare centers to bars, churches, hospitals and sports stadiums. After the Sandy Hook massacre, legislators in a handful of states have also proposed laws enabling teachers to bring guns to school.

Even if a majority of Congress members decide to buck these trends, many of them, primarily Republicans, face the prospect of the NRA's wrath -- and its pocketbook. The lobbying group spends heavily to prop up pro-gun candidates, and while its recent effectiveness has been disputed by gun control advocates, there's no question that the organization maintains immense grassroots organizing capabilities.

The Sandy Hook shootings did nothing to change that: After waiting briefly to comment on the murders, the NRA came out as vocally opposed to gun laws as ever, and is as boldly pro-gun as before. Instead of tightening gun laws, it proposed placing an armed guard in every school. Yesterday, it released a new shooting-oriented video game aimed at children aged four and up.

Moreover, there is little to no indication that the necessary number of House Republicans would support any restrictions on gun laws, or that Boehner would even allow such a bill to see the light of day on the House floor. Michael Steel, a spokesman for Boehner, said the speaker would "take a look at" the Obama administration's offer, but did not respond to questions about his own ideas as to means to effectively reduce gun violence. In the aftermath of the chaotic "fiscal cliff" negotiations -- which resulted in tax hikes and left Boehner's reputation battered even within members of his own caucus -- his willingness to compromise with Democrats on one of the most divisive issues in modern politics seems increasingly unlikely: He recently told House Republicans he would no longer be negotiating one-on-one with the president.

Even Senate Majority Leader Harry Reid, D-Nev., a pro-gun senator who has recently expressed a newfound openness to new gun laws, was skeptical that any meaningful legislation would get past the House.

A possibility for change?

Despite all the hurdles, many advocates of stricter gun laws believe the fight is more possible now than anytime over the last two decades -- and that as a result, it's worth fighting an uphill battle.

A handful of recent polls has shown a spike in public support for more stringent gun controls: A new study from the Pew Research Center indicates that most Americans favor many of the policies under consideration -- background checks, a ban on semiautomatic weapons and high capacity magazine clips -- while the idea of arming teachers is much less popular. Meanwhile, according to a new survey from The Washington Post/ABC News, 52 percent of Americans say they are more likely to support stronger gun control laws now, in the wake of the Newtown violence.

"People inside the movement tell me they've never seen anything like this support," said Kristin Goss, an expert on gun control and associate professor at Duke's Sanford School of Public Policy. "And while the numbers in the House look tough, I have been very surprised by how many pro-gun lawmakers from both political parties have come out publicly and signaled their willingness to strengthen laws -- if not on guns themselves then on high-capacity magazines" and other similar measures.

Gun control advocates say that the Newtown murders served as a sort of emotional tipping point for many Americans -- and that the NRA leadership, by coming out so vociferously against any gun laws not long after the attacks, caused friction among many of its more moderate members.

"After Sandy Hook, there was an outpouring of intense public demand for sensible gun laws that I have never seen -- and others who have worked on this issue for decades -- have never seen before," said Jonathan Lowy, the director of the legal action project Brady Campaign to End Gun Violence. "I have yet to see any politician stand up and say, 'I think felons and mentally ill people and domestic violence abusers should have forum to buy guns, no questions asked, no background checks... That is going to be the debate that's going to be on the floor of Congress. And particularly after the public's eyes have been opened as wide as they have after Sandy Hook, I don't think there are going to be enough politicians who are going to be willing to say that in public."

A handful of new interest groups are working hard to make sure that any Republicans who do stand with the NRA are held accountable to the public: Former Rep. Gabrielle Giffords, D-Ariz., who sustained a massive head injury in the Tucson shootings two years ago, recently started a group aimed at neutralizing the NRA's longstanding financial advantage in promoting pro-gun issues. And New York City Mayor Bloomberg, an independent politician who backed Mr. Obama this election, is making a renewed push to do the same with his group Mayors Against Illegal Guns. Monday, the group launched a TV ad demanding action from Washington on gun control; Bloomberg also released a new report detailing the gun lobby's efforts to suppress funding and research for and about gun violence.

"I'm going to prove a counterweight" to the NRA, Bloomberg told the Washington Post in a recent interview. The multi-billionaire, who is finishing up his last term as mayor and has no apparent plans to seek further political office, spent approximately $10 million of his own money supporting pro-gun control candidates in the 2012 election, and he appears poised to keep bankrolling the operation.

"You can organize people, I can write checks," he said.

Despite the formidable hurdles to passing a comprehensive gun reform package, then, Winkler has noted a sort of sea change in the movement as a whole.

Can state laws be a placeholder for national legislation?

One way of channeling this new wave of momentum barring federal legislation is through state legislatures: Yesterday, New York became the first state post-Newtown to enact new laws making gun laws in the state more stringent. Meanwhile, Gov. Martin O'Malley, D-Md., also announced yesterday his intention to introduce his own proposals to tighten his state's gun laws. Lowy said a number of other states -- including California, Connecticut, and New Mexico -- have expressed "interest" in stricter gun laws as well.

"There are policy and political advantages to passing state laws" strengthening gun laws, Goss said, particularly from a movement-building perspective. "The way that we have traditionally gotten social protections on the books is for a few states to pioneer the ideas."

Even so, there are obvious caveats with passing gun laws on a state-by-state basis.

"State laws can be effective for individual communities, but we need federal laws to fundamentally alter the market for guns in the country," said Dayne Walling, the mayor of Flint, Michigan, rated by the FBI as the second-most violent city in the nation. "As long as military-style weapons can be sold to people in some states, then there's going to be an illegal supply that finds its way to other places."

In the absence of a federal law, Winkler said, the left will have to be satisfied with whatever actions Mr. Obama is able to take administration along with "state-level gap-fillers."

"They also have to keep up the heat," he said. "Keep up the focus on the issue. Don't let it fade away."

The NRA did not respond to an interview request for this piece, nor did a spokesman respond to several questions sent via email.