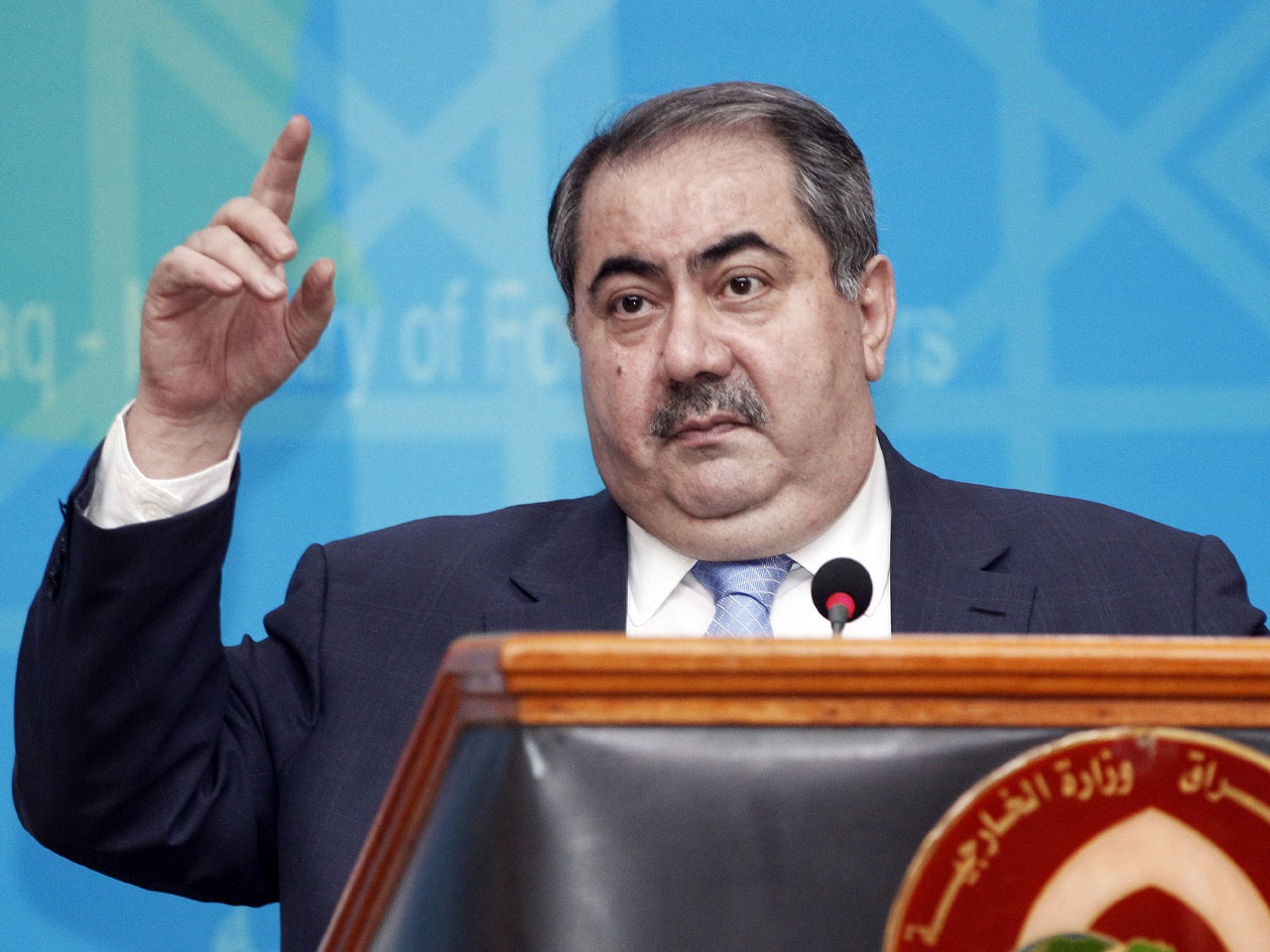 (AP) BAGHDAD - Iraq's top diplomat on Thursday said he had "solid information" that al Qaeda militants were crossing from Iraq to Syria to carry out attacks, warning of a violent spillover that could shake the Middle East.

Foreign Minister Hoshyar Zebari said Baghdad had for years urged Damascus to clamp down on militant traffic as Sunni fighters headed from Syria to aid the Iraqi insurgency.

"Now their direction is the other way around," Zebari told reporters in Baghdad.

"We have solid information and intelligence that members of al Qaeda's terrorist network have gone to Syria," he said, without elaborating. "Our main concern, to be honest with you, is about the spill over — about extremist, terrorist groups taking root in neighboring countries."

Zebari also blamed a recent surge of violence in Iraq on the months-long political crisis that has gripped the country. Militants have launched major bombings and shootings at least every three days since the start of June, killing nearly 300 people. Among the chief targets have been Shiite pilgrims, security forces and government officials, groups that al Qaeda-linked Sunni insurgents frequently attack to destabilize the government and try to stoke retaliatory violence between the wider Sunni and Shiite communities.

On Thursday, explosions in two Iraqi cities — Baghdad and Mosul in the nation's north — killed at least six people and wounded 17 more.

Police say a bomb at the home of an Iraqi government official killed his wife and two daughters in Baghdad. Senior city government official Ali Abdul-Amir, a Shiite, was wounded along with his two sons in the strike in the Sunni-dominated western neighborhood of Ghazaliyah. Hospital officials confirmed the deaths.

In the central city of Mosul, a suicide bomber detonated his explosives belt at the door of a barber shop frequented by Iraqi police and soldiers. Police and health officials said three died, including an off-duty soldier, and 14 others were wounded in the attack 360 kilometers (225 miles) northwest of Baghdad.

All officials spoke on condition of anonymity because they were not authorized to release the information.

While terror attacks have been a fact of life for Iraqis for years, their pace and magnitude has increased in recent weeks. In the months before U.S. troops left on Dec. 18, extremists were launching large-scale attacks only every few weeks, indicating they needed time in between to coordinate and gather explosives.

Experts say extremists may be benefitting from the crisis in neighboring Syria, where Iraqi insurgents may have been getting their hands on weapons intended for rebels fighting forces loyal to Syrian President Bashar Assad.

At the same time, feuding between Prime Minister Nouri al-Maliki and his Sunni, Kurd and Shiite political rivals has given insurgents an opening to try to exacerbate sectarian violence.

"We have a political crisis; this definitely reflects on the security situation," Zebari said. "And these groups will find ways to operate, to strike in order to widen the gap between the political leaders."

Zebari, a Kurd, said the political impasse — and the violence it has stoked — also is spooking foreign businesses from investing in Iraq as the country struggles to gain normalcy after decades of dictatorship, sanctions and war.