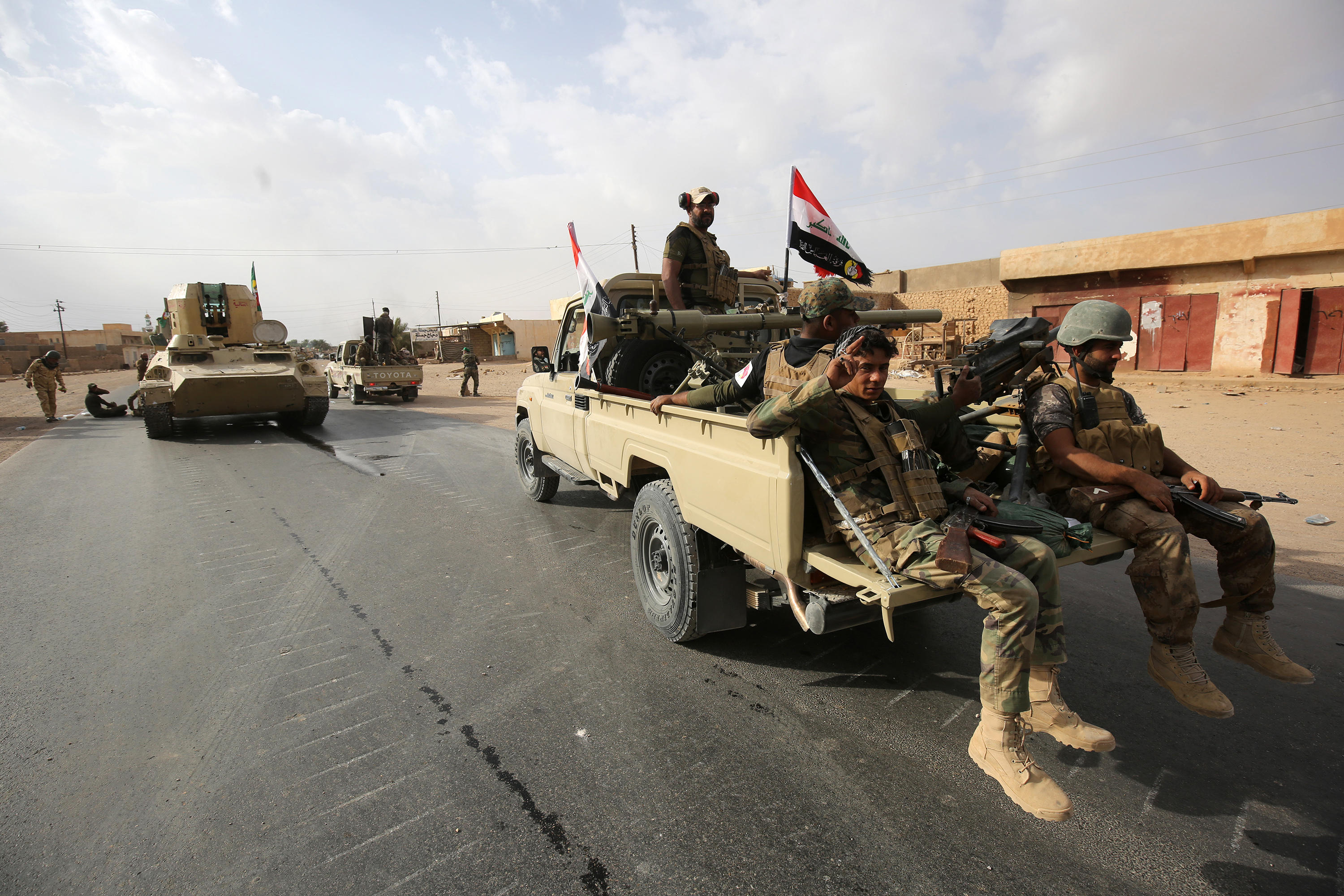 BEIRUT -- Iraqi Prime Minister Haider al-Abdi is congratulating Iraqi forces on liberating the town of Qaim, the last town in Iraq held by the Islamic State of Iraq and Syria (ISIS).

In a statement released by his office Friday evening, al-Abadi's announcement comes just over a week after the operation -- closely backed by the U.S.-led coalition -- to retake the area was launched, a pace the Iraqi leader described as "record time."

Earlier Friday, Iraqi forces retook the nearby Husaybah border crossing with Syria, according to the prime minister's office.

Qaim and the border crossing, located about 200 miles, about 320 kilometers, west of Baghdad, sit along what was once an important supply route used by ISIS when the group's territorial hold stretched across the two countries.

The extremist group has lost more than 96 percent of the territory it once held across both countries in 2014 and 2015, the height of the caliphate. Those losses include Iraq's second-largest city of Mosul, which it lost in July, and Raqqa, the group's one-time de facto capital in northern Syria, which it lost last month.

The militants, routed from one urban stronghold after another, have recently been moving deeper into Syria's remote desert, where they are believed to be regrouping and preparing to return to guerrilla-style tactics, including scattered hit-and-run attacks and suicide bombings.

Experts agree the group's territorial losses will not mark the end of ISIS, which will continue its insurgency and try to inspire attacks around the globe by disenchanted individuals.

In its weekly newsletter, the group claimed credit for the bike path attack that killed eight people in New York. Authorities identified the attacker as Sayfullo Saipov, 29, an immigrant from Uzbekistan, and ISIS described him as "a soldier of the caliphate."

While the city of Deir el-Zour was divided into parts held by the Syrian government and the militants, the United Nations was only occasionally able to deliver helicopter-dropped food aid to besieged residents estimated to number about 200,000.

Syrian government forces and their allies first broke the militant siege of their part of the city in September in a Russian-backed offensive, and have been advancing on ISIS positions since then.

Moscow's involvement in the Syrian civil war since 2015 has propped up Assad's forces and turned the conflict in his favor, while Russian mediation earlier this year launched cease-fire talks in Astana, Kazakhstan. The talks, sponsored jointly with Iran and Turkey, have brokered local deals that have significantly reduced violence in the country.