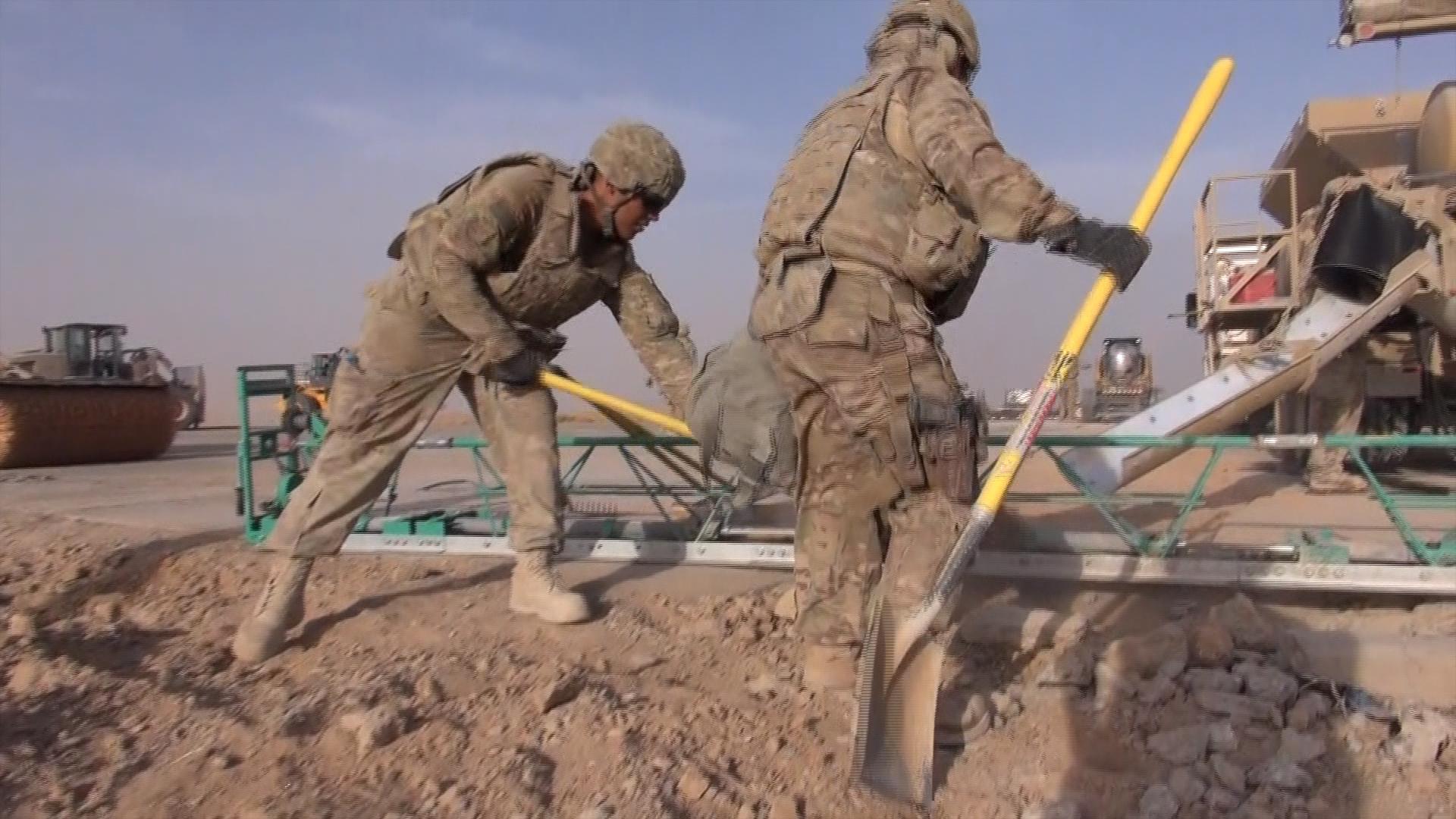 ERBIL, Iraq -- The long-awaited offensive to recapture Iraq’s second largest city, Mosul, from Islamic State of Iraq and Syria (ISIS) militants could be weeks, or even days away, and U.S. coalition forces are part of the operation.

Most American troops thought they’d left Iraq for good in 2011. But fast forward five years, and there are now around 6,000 U.S. service members back here again, and as CBS News correspondent Holly Williams reports, they’re preparing for what could be a decisive battle against ISIS.

Forty miles outside Mosul, the Qayyarah airbase sat in ISIS territory just over three months ago. Now recaptured, it’s operated by the 101st Airborne Division, from Fort Campbell Kentucky. The nearby Camp Swift will be the headquarters for the Mosul battle, where officers from the U.S.-led coalition and Iraq are working together.

Colonel Brett Sylvia did two tours in Iraq after the U.S. invasion of 2003, but he insists this time, American troops are not here for combat.

“That is not the fight that we have today. Today we advise them, and we assist them,” he tells Williams. Sylvia is adamant that U.S. troops will not serve on the front line.

Yet as Williams reports, we’ve seen Americans lose their lives in Iraq, fighting ISIS, this year.

“This is a combat environment, it’s not to say that it’s not dangerous here,” Sylvia says.

Major General Gary Volesky served in Mosul during the U.S. occupation in 2009. Now he’s in charge of American ground forces helping to liberate the city.

“What we’ve seen is the enemy is pretty demoralized right now,” he told CBS News, adding that the U.S. is “getting indications” some of the group’s leaders are leaving Mosul. “So we’ll enable the Iraqis to go as fast as they need to go.”

Even so, Colonel Sylvia admits America’s limited role in the battle is sometimes frustrating.

“Things are much easier when you’re forward and you’ve got the rifle in your hand and you’re maneuvering -- you’ve got great control over everything you’re doing,” he tells Williams, who asks whether it would be easier to evict ISIS from Mosul if the U.S. forces could just do it themselves.

The U.S. military tells CBS News there are still believed to be between 3,000 and 5,000 ISIS fighters in Mosul, with around a million civilians who are effectively being used by the extremists as human shields.

The militants are also laying explosives to protect themselves in the upcoming battle.