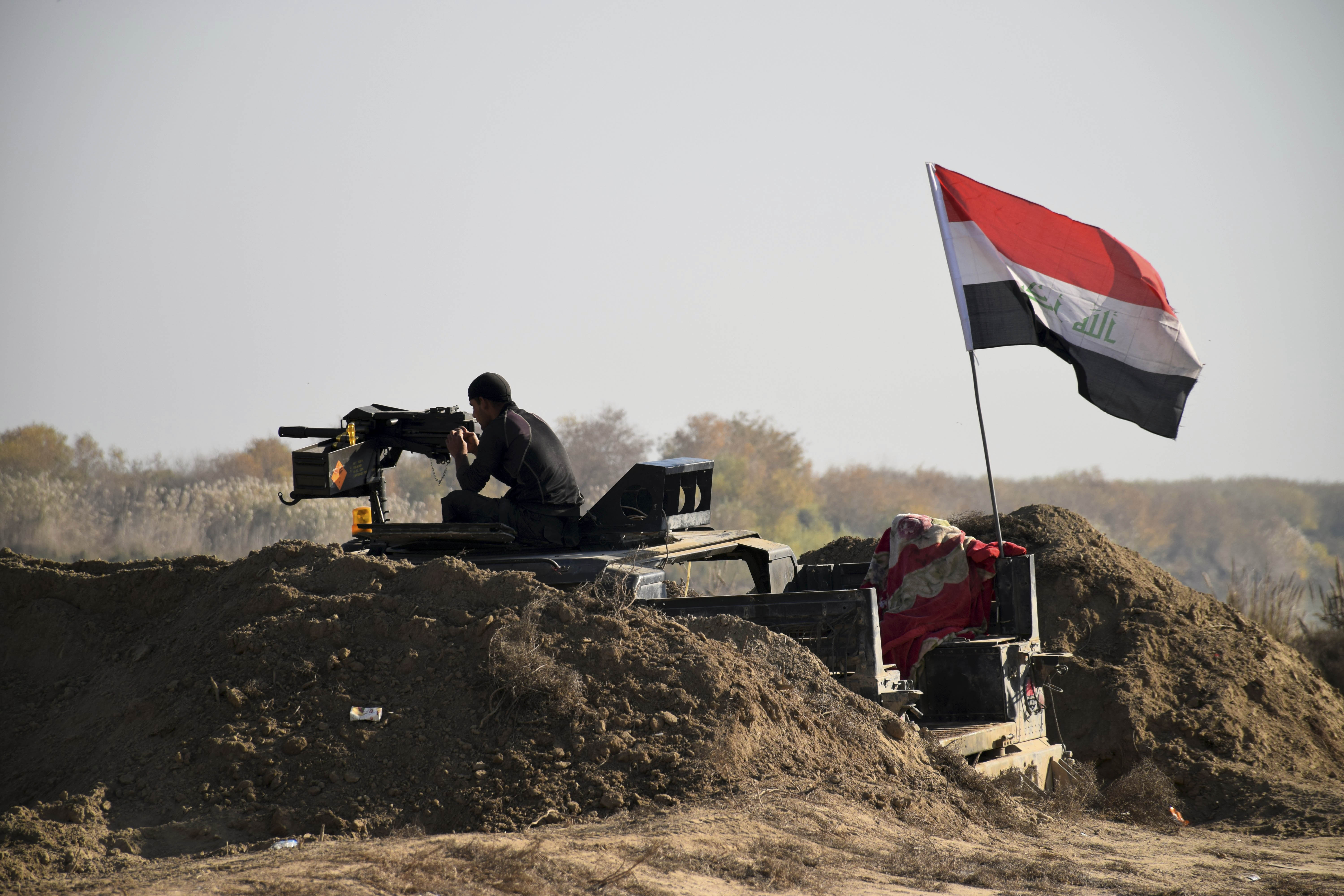 An Iraqi military spokesman said on Monday that the city of Ramadi, which was taken by the Islamic State of Iraq and Syria (ISIS) group in May, has been "fully liberated," CBS News correspondent Debora Patta reports.

Iraqi troops took back Ramadi street by street, but progress was hampered because the area was rigged with explosives, and the six day offensive was a tough fight, Patta reports.

Fierce gun battles raged as Iraqi soldiers pushed their way into the heart of the city. Their target was the main government compound. Their goal was to seize it back from ISIS.

Brig. Gen. Yahya Rasool announced on Monday that government forces had retaken the capital of Anbar Province after a protracted siege, but CBS News correspondent David Martin reports some neighborhoods remained in ISIS hands, and the city was crawling with IEDs.

Indeed, Gen. Ismail al-Mahlawi, head of military operations in Anbar province, told the Associated Press that the government had only overtaken the strategic compound, while ISIS remains in control of some parts of the city.

"The troops only entered the government complex," al-Mahlawi said. "We can't say that Ramadi is fully liberated. There are still neighborhoods under their control and there are still resistance pockets."

"We congratulate the Iraqi Security Forces for their continued success against ISIL in Ramadi," United States COL Steve Warren in Baghdad said in a statement.

Still, Iraqi forces received praise for the progress they've made.

"Today's success is a proud moment for Iraq," he said, and "the coalition will continue to support the Government of Iraq as they move forward to make Ramadi safe for civilians to return and as the military moves to fight ISIL in other areas of the country."

Iraqi Prime Minister Haider al-Abadi said the victory "fulfilled the promise to defeat Daesh in Ramadi," using an alternate Arabic acronym for ISIS. He touted 2016 as "the year of the final victory and the end of the existence of Daesh on Iraqi territory."

The Iraqi military launched a long-promised campaign to retake the city last week, but their progress had been hampered by snipers, booby traps and the destruction by ISIS militants of all bridges leading into the city.

Though slow, this offensive was a far cry from the humiliating defeat Iraqi forces suffered in Ramadi in May, when they were shown fleeing the city after ISIS captured it.

And recapturing most of Ramadi was not only a psychological boost for the Iraqi military. The city is also strategic geographically, lying about 60 miles west of Baghdad on a strategic road that leads into Syria, Patta reports.

After Ramadi, the government's next major target will be the northern city of Mosul, the most densely populated area under ISIS control. The offensive in Ramadi served as a test case for an operation to retake Mosul, which remains the big prize for the Iraqi military. Regaining control there would deprive ISIS of a major source of funding and influence.