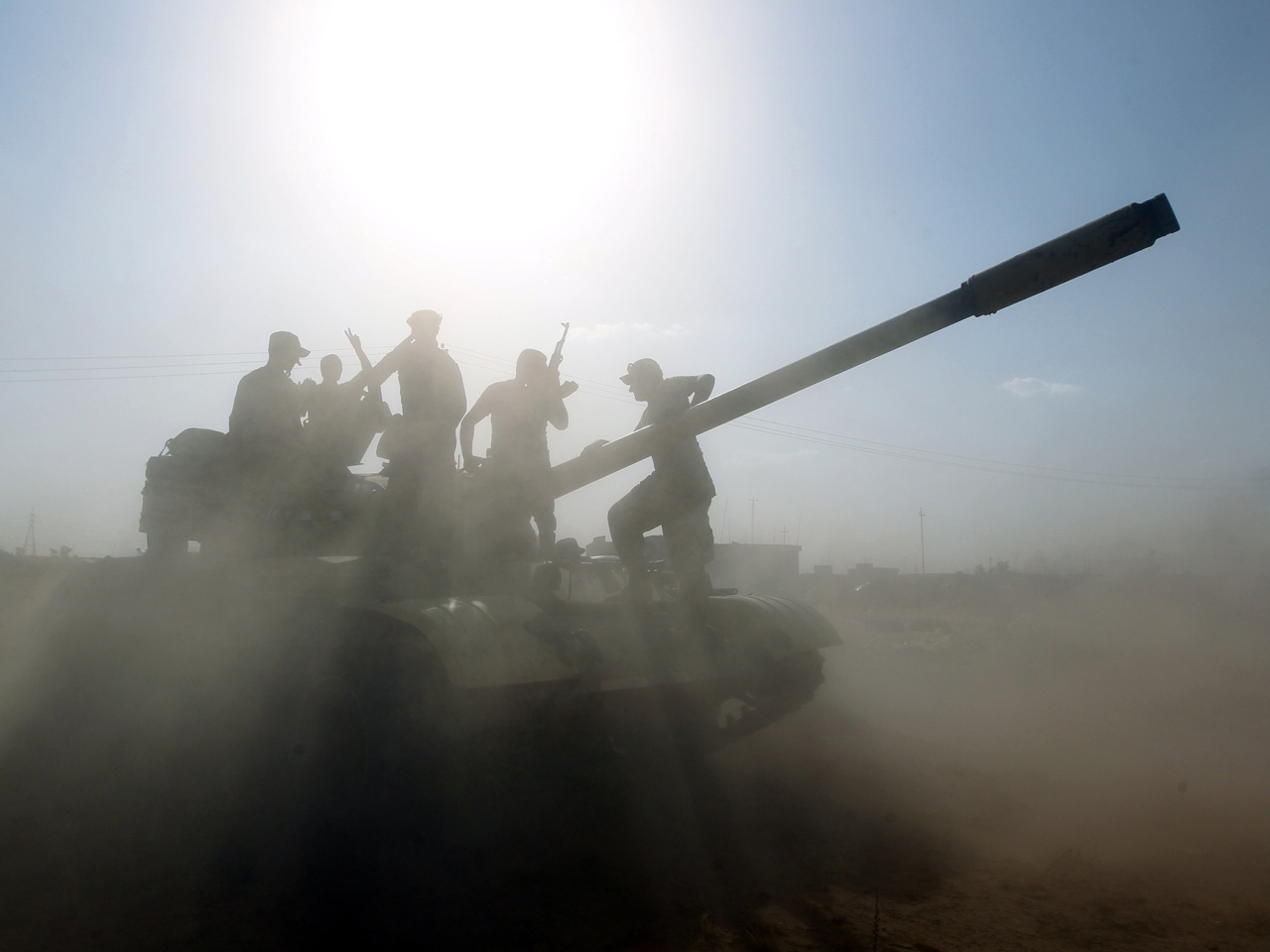 The commander of the Interior Ministry's Quick Reaction Forces, Brig. Gen. Nassir al-Fartousi, told state TV that the Iraqi flag was raised on a local government building in Beiji and that troops were advancing to other areas, without elaborating.

There was no word on the fate of the contested refinery on the town's outskirts.

Beiji, some 155 miles north of Baghdad, fell to the extremist ISIS group during its blitz across northern Iraq nearly a year ago, but parts of the town and nearby refinery have since been retaken by government forces. The town is strategically significant as it lies on the road to ISIS-held Mosul, Iraq's second largest city.

Iraqi and Kurdish forces have managed to roll back ISIS in many parts of the country with the help of U.S.-led airstrikes, and recaptured the northern city of Tikrit in April. But last month ISIS captured Ramadi, the provincial capital of the western Anbar province, in the extremists' most significant advance since last year.

ISIS has declared an Islamic caliphate in the territories it controls in Syria and Iraq, and has used oil facilities and smuggling to finance much of its operations.

In neighboring Syria, the U.S.-led coalition carried out airstrikes against ISIS positions in the northern town of Souran, which ISIS captured last week from Syrian rebel groups and members of al Qaeda's affiliate in Syria, the Nusra Front.

The coalition airstrikes against ISIS in Souran were the first in the area since the extremist group launched an offensive last month on the northern parts of Aleppo province close to the border with Turkey. ISIS has captured several villages and towns from the Nusra Front and Syrian rebels.

The main Western-backed opposition group, the Syrian National Coalition, says government warplanes have been attacking rebels in Aleppo province, claiming that the "terrorist interests" of President Bashar Assad's government and ISIS are aligned.