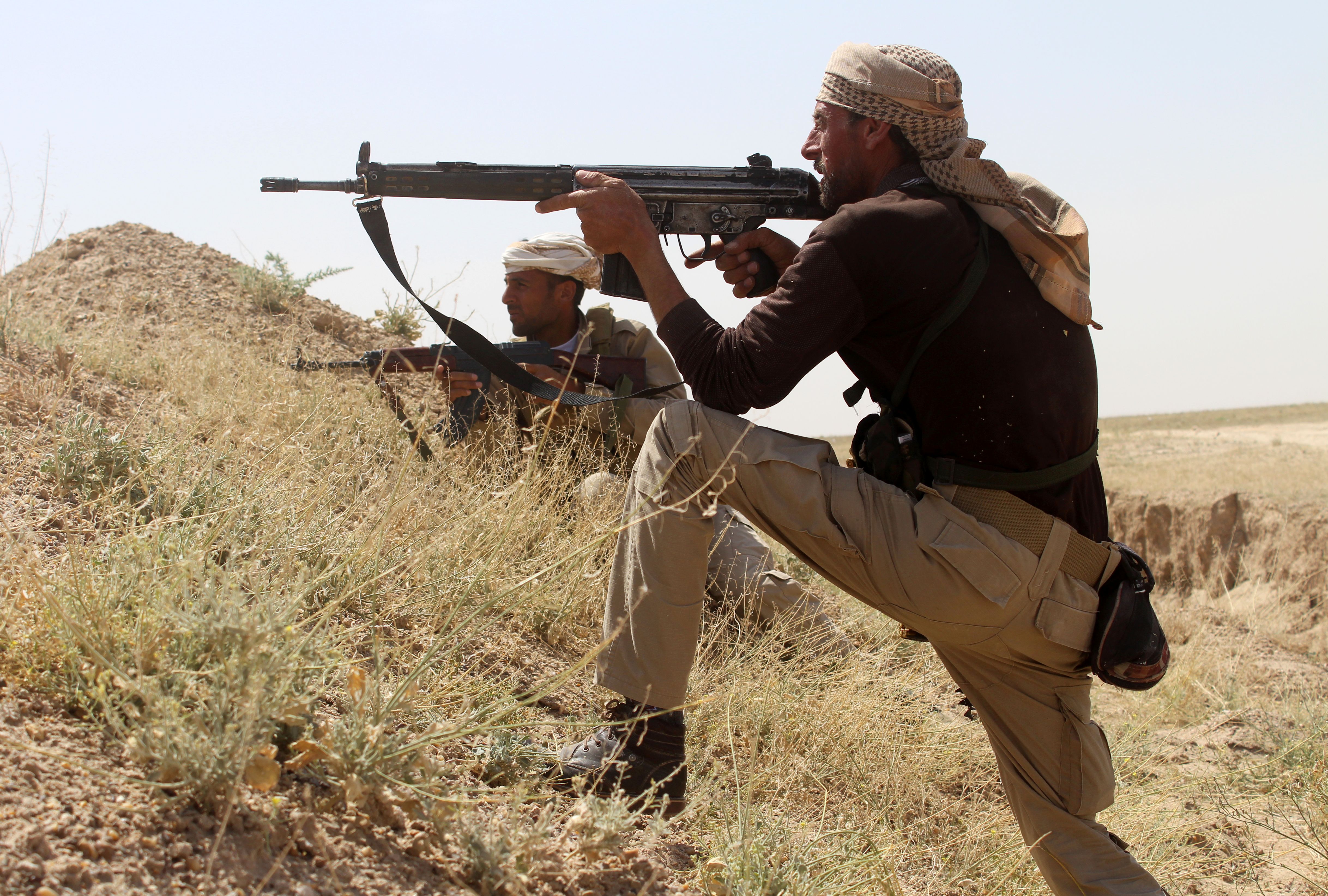 BAGHDAD -- Iraqi Prime Minister Haider al-Abadi announced the beginning of military operations to retake the Islamic State of Iraq and Syria (ISIS)-held city of Fallujah, west of Baghdad, in a televised address on Sunday night.

Iraqi forces are "approaching a moment of great victory" against ISIS, said al-Abadi, who was surrounded by top military commanders from the Ministry of Defense and the country's elite counterterrorism forces.

However, Iraqi forces are expected to face a complicated fight to push ISIS out of Fallujah, which is about 40 miles west of Baghdad, and has been under the militants' control for more than two years.

Asked about the Iraqi announcement on plans to retake Fallujah, the U.S. State Department and the Pentagon did not immediately comment.

During the Iraq War, Fallujah was an insurgent stronghold and the site of the bloodiest battle of the Iraq War. In November 2004, U.S. forces led a coalition attack against several thousand insurgents in Fallujah in which thousands of buildings were destroyed in house-to-house fighting. More than 80 U.S. troops were killed along with an estimated 2,000 insurgents.

Fallujah is still home to tens of thousands of civilians and has been under ISIS rule since January 2014, longer than any other territory recently retaken by Iraqi forces. Iraqi security forces repeated calls for civilians trapped inside Fallujah to flee on Sunday, but residents say that checkpoints controlled by the extremists along all roads leading out of the city are preventing most from fleeing.

Iraq's military is also still struggling to rebuild after it largely collapsed when ISIS fighters overran Mosul in the summer of 2014. Since then, successful operations against ISIS have largely been led by the country's powerful Shiite militias or Iraq's elite counterterrorism forces closely backed by coalition airstrikes. An array of fighters -- including Shiite militias and counterterrorism forces -- have announced they plan to take part in the Fallujah operation, but it's unclear how command and control will be exercised over the disparate groups.

U.S.-led coalition aircraft have carried out seven airstrikes in and around Fallujah over the past week. Retaking Fallujah could help protect the Iraqi capital from IS bombings like those seen over the past two weeks, according to the Baghdad-based spokesman for the US-led coalition in Iraq, Col. Steve Warren.

Fallujah is "a safe haven for (ISIS) where they can construct their bombs and plan their operations in relatively close proximity to Baghdad," Warren said.

But despite gains on the front lines, al-Abadi's government must deal with deepening political and social unrest in Baghdad.

Clashes between protesters and Iraqi security forces inside Baghdad's highly fortified Green Zone compound -- which houses most Iraqi government ministries and foreign embassies -- left two people dead after security forces fired tear gas, water cannon and live ammunition in an attempt to disperse the crowds. Over 100 people were wounded, hospital and police officials said. They spoke anonymously as they were not authorized to brief the press.

Al-Abadi's office released a preliminary investigation Sunday that claimed police and military guards did not fire directly into the crowd of demonstrators, according to a statement released Sunday by Saad al-Hadithi, the prime minister's spokesman.

Many of the protesters were supporters of powerful Shiite cleric Muqtada al-Sadr, who has led months of demonstrations and sit-ins calling for government reforms. Al-Sadr has since issued a statement condemning the use of force against "peaceful" demonstrations and vowed to continue to support the "revolution" against the government.

Al-Abadi spoke by phone with U.S. President Barack Obama on Saturday and "agreed on the critical importance of improving the security" of Baghdad and the Green Zone, according to a White House statement. It added that the two leaders also discussed progress being made in the campaign against ISIS.

Despite a string of territorial defeats, ISIS still controls significant patches of Iraqi territory in the country's north and west including Mosul, the country's second largest city. The militant group also has claimed responsibility for a series of large-scale bombings in and around Baghdad recently that have killed hundreds of people.

Colonel Ahmed has been there since Fallujah fell to ISIS.

Iraqi forces can get as close as about 200 yards of the ISIS front lines, within range of mortars and sniper fire.

U.S.-led air strikes are of limited use, with many insurgents hiding among local residents -- some of whom are loyal to ISIS.

"When you enter a home, you don't see anything, but you step on something...the home, all of it, explosion," he said.

In early May, it was reported that U.S. military advisers were actively helping to plan the battle to retake the city. While nobody could tell CBS News when that was likely to happen, the Iraqi government had said then it believed ISIS had been launching its terror attacks on the capital from Fallujah.