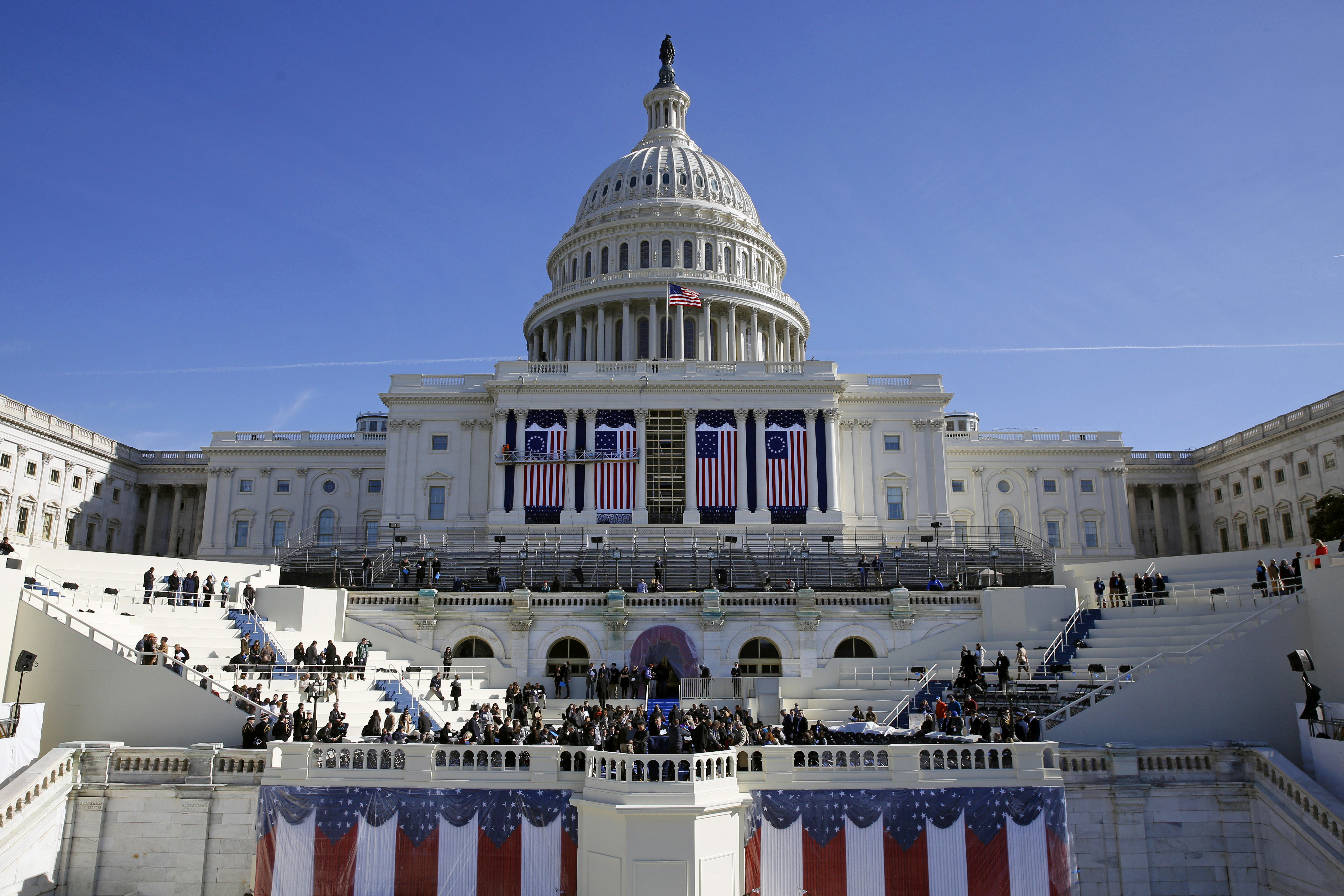 On Tuesday, longtime Trump friend Tom Barrack hinted at what Americans will hear in the new president’s inaugural address -- “a switch from candidate to president,” Barrack promised on “CBS This Morning.” Mr. Trump he also said, will focus on the “issues that unite us,” and the divisions from the campaign will “vanish.”

Though there are always a handful of the 535 lawmakers in Congress who don’t make it to the ceremony, this year there’s a bigger group than usual. So far, a total of 54 congressional Democrats have announced they will not be attending the inauguration -- as a protest against the president-elect or in support of Georgia Rep. John Lewis. Mr. Trump has been lashing out over Twitter at Lewis, who said last week that he was not attending the inauguration because he doesn’t feel that Mr. Trump is “a legitimate president.”

On Friday, Mr. Trump and Vice President-elect Mike Pence will be sworn in surrounded by members of Congress, the Supreme Court justices, their family, and other invited guests at the ceremony, which begins at 9:30 a.m. ET and will take place on the western side of the Capitol. Musical performers, including singer Jackie Evancho and the Radio City Rockettes, are expected to start start at 9:30 a.m. ET. After much speculation over their attendance, all living former presidents and their families (except George H.W. Bush) will also be present for the event.

Opening remarks by religious leaders are scheduled for 11:30 a.m. ET, and at noon, Supreme Court Chief Justice John Roberts will swear in the president-elect.

Following the ceremony, the inaugural parade -- which will include 8,000 people from more than 40 organizations -- will begin at the Capitol Building and proceed down Pennsylvania Avenue to the White House.

Officials estimate 800,000 to 900,000 people will be in Washington for inauguration events Friday. City planners, the Associated Press reported, estimate that Mr. Trump’s attendance levels will be more in line with the 800,000 who attended President Obama’s second inauguration than the 1.8 million who attended Mr. Obama’s first inauguration. The swearing-in ceremony requires tickets to the event, but spectators can also watch the inauguration from video screens set up on the National Mall. Tickets will not be required for general public attendance for the parade, though certain special viewing areas are reserved for ticket-holders.

There will also be several featured events hosted by the Presidential Inauguration Committee (PIC) outside of Friday’s official swearing-in ceremony and parade.

On Thursday, Jan. 19, Mr. Trump and Pence will attend a wreath-laying at the Arlington National Cemetery in Virginia. That Day, the PIC is also hosting a welcome celebration -- the official kickoff of inaugural events -- at the Lincoln Memorial that’s open to the public. According to the committee, it will feature a diverse group of performers, including local school bands and choirs. Celebrities like Toby Keith, Jennifer Holliday, and 3 Doors Down will make an appearance at the concert, where Mr. Trump is also expected to deliver remarks.

On Saturday, January 21, an interfaith prayer service will be held at Washington’s National Cathedral.

At least three official inaugural balls are planned for that weekend, with special appearances by Mr. Trump and his wife Melania. The two main balls will take place at the Walter E. Washington Convention Center, and the Armed Services Ball will be held at the National Building Museum.

Protests are also expected to take center stage that weekend, along with a bevy of alternative inauguration balls. Ninety-nine organizations are planning to demonstrate either for or against the event that weekend, with more than 60 of them scheduled to do so on Friday, CBS News’ Errol Barnett reports.