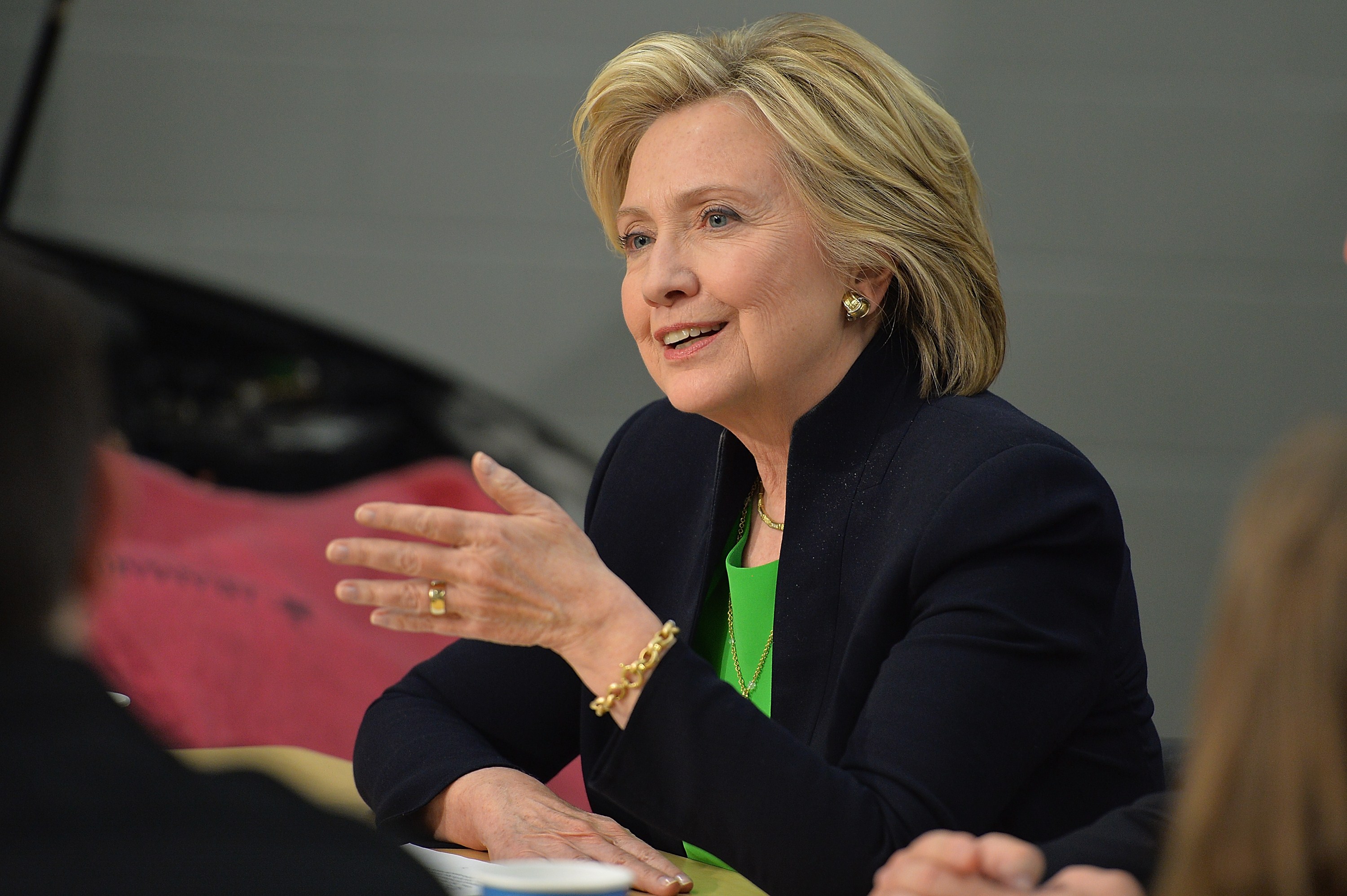 After hours on the road in her "Scooby" van, Hillary Clinton made her official campaign stop in Monticello, Iowa on Tuesday. The Democrat held a low-key roundtable with students and educators at Kirkwood community college, where she laid out four specific priorities of her campaign, including campaign finance reform.

Specifically, Clinton said she wants to focus on building an "economy of tomorrow," strengthening families and communities, campaign finance reform and national security.

She called them "four big fights that I think we have to take on, because there are those who don't agree with what I think we should be doing, and they're pretty powerful forces."

With respect to campaign finance reform, she said, "We need to fix our dysfunctional political system and get unaccountable money out of it once and for all, even if that takes a constitutional amendment."

Clinton said she was in Iowa "to begin a conversation" about how to improve the nation. She heard a great deal from the students and educators regarding the place of community college and furthering education. They discussed what's worked in Iowa and might as a model for elsewhere.

The former secretary of state also stopped at a coffee shop in Le Claire, Iowa, Jones St. Java House, where she met with collegiate Democratic leaders and student activists.