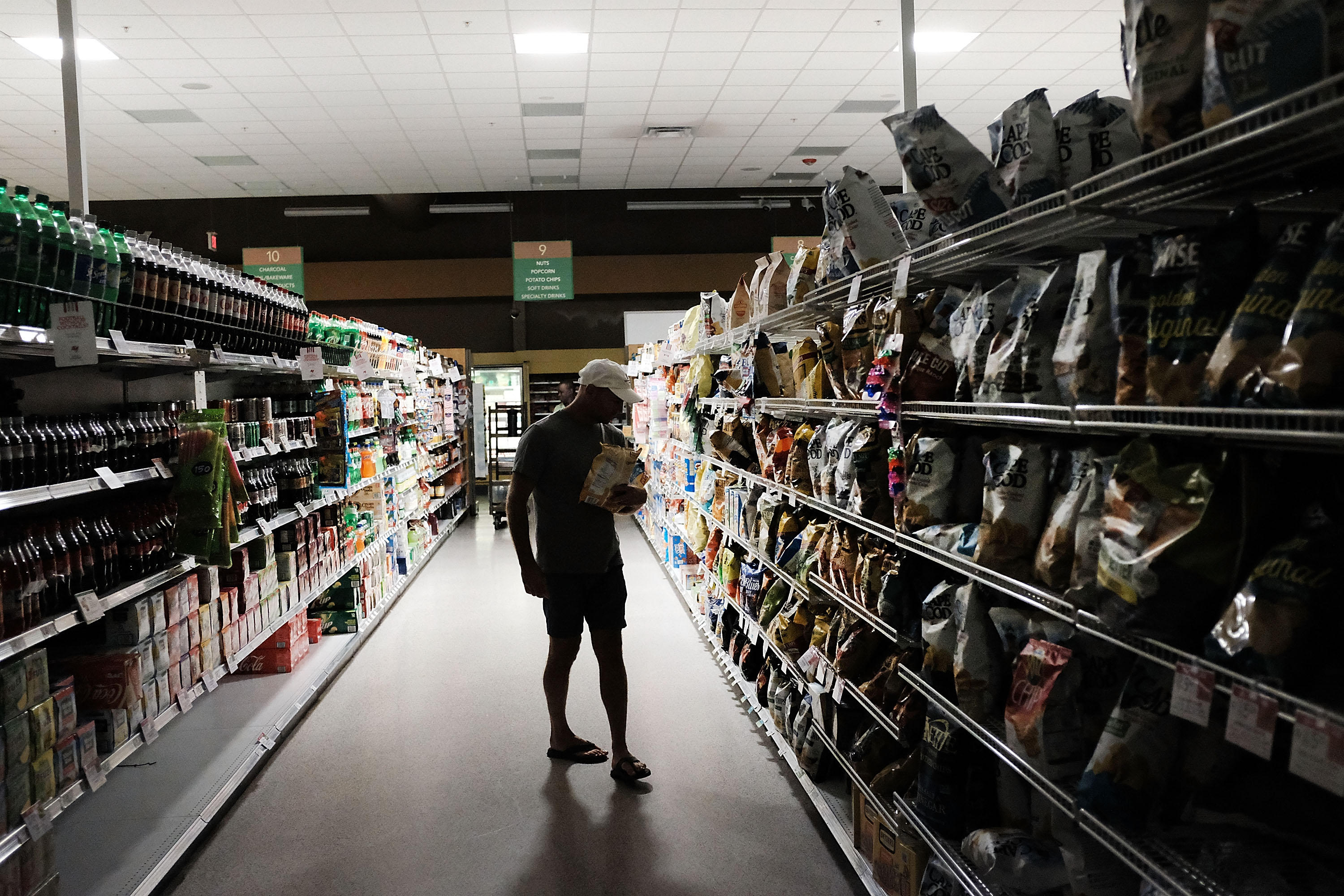 TALLAHASSEE, Fla. -- Irma's march across Florida and into the Southeast triggered one of the bigger blackouts in U.S. history, plunging as many as 13 million people into the dark as the storm dragged down power lines and blew out transformers. It also shattered the climate-controlled bubbles that enable people to live here despite the state's heat, humidity and insects.

In Florida, more than 5 million customers were still without power Tuesday. In Georgia, nearly 1 million residents were in the dark, along with 95,000 in South Carolina, 54,000 in North Carolina and 20,000 in Alabama.

Florida residents who evacuated ahead of the hurricane are returning to homes without electricity and facing the prospect of days, maybe weeks, with little to ease the withering late-summer stickiness.

"Power, power, power," Gov. Rick Scott said. "The biggest thing we've got to do for people is get their power back."

The Irma blackout is still much smaller than a 2003 outage that put 50 million people in the dark. More than 50,000 utility workers -- some from as far away as Canada and California - are responding to the crisis, according to the association that represents the nation's investor-owned utilities.

The state's largest utility, Florida Power & Light, said Irma caused the most widespread damage in company history, affecting all 35 counties in its territory, which is most of the state's Atlantic coast and the Gulf Coast south of Tampa.

On Tuesday, the company announced that it expected to have the lights back on by the end of the weekend for the east coast. Customers living in the hard-hit neighborhoods in southwest Florida, where damage was much more extensive, were expected to get power restored within 10 days.

Utility officials, while acknowledging the public's frustration, said they are getting power back on faster than they did after Hurricane Wilma hit the state 12 years ago. The company said it had already restored service to nearly 1.8 million customers.

But there were signs on social media that some residents are growing angry and tired of waiting. Others steeled themselves for an extended period without electricity.

Standing in front of a produce cooler at a reopened Publix grocery store in Naples, Missy Sieber said the worst thing about not having electricity is not having air conditioning.

The forecast for the next week in Miami calls for daytime highs in the mid- to upper 80s with humidity between 70 and 80 percent.

Dan Eckler sat next his luggage Tuesday at Fort Lauderdale Hollywood International airport, waiting for a ride after scoring a seat on one of the few arriving flights after the airport reopened following Irma.

"I'm soaking up a few last minutes of AC before I return to my house with no electricity," said Eckler, 46, who lives in Fort Lauderdale and went 16 days without power during Hurricane Wilma.

"You learn what you can cook on your grill. I cooked a frozen pizza because it was about to go bad," he said, referring to his experience during Wilma. "And you finally meet your neighbors."

Irma's arrival came in the wake of Hurricane Harvey, which created widespread outages in Texas. Some three weeks after Harvey, at least 10,700 customers in that state remained without power. Many of those were homes and businesses that will have to undergo repairs before they are ready to receive electricity again.

In Houston, about 4,000 customers were without power as many of those homes remained flooded due to water releases from two reservoirs that were filled by Harvey's torrential rainfall.

Back in Naples, Sieber and her husband and 9-year-old son have been using a generator to run a small air conditioner in a bedroom at night for sleeping.

"It makes you count your blessings," she said.