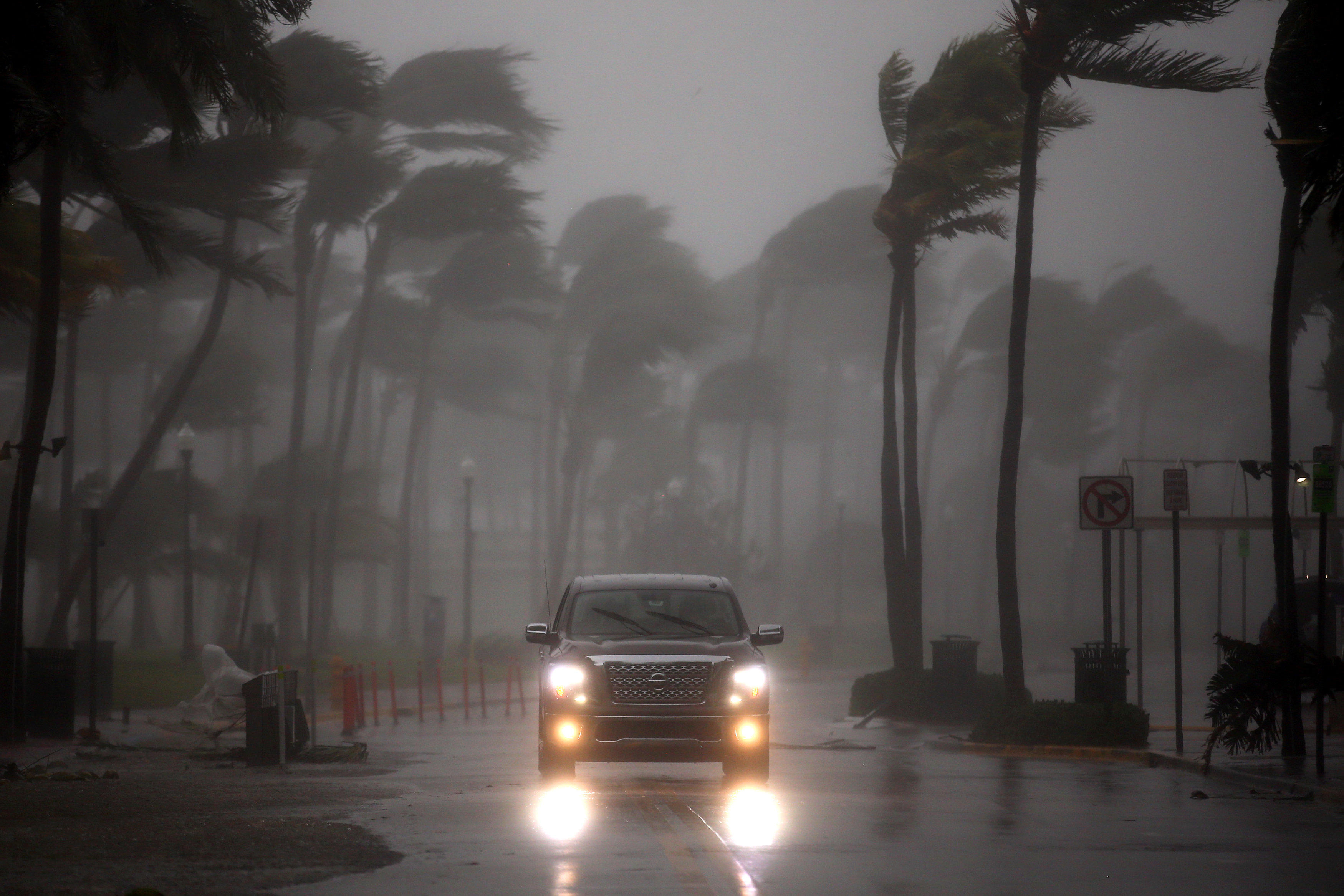 ST. PETERSBURG, Fla. -- Hurricane Irma has left a trail of destruction Sunday leaving more than 3.3 million homes and businesses -- and counting -- without power in Florida as Irma moves up the peninsula. Florida Power & Light says it will be weeks, not days, before electricity is fully restored.

The widespread outages stretch from the Florida Keys all the way into central Florida.

Spokesman Rob Gould said Sunday he expects thousands of miles of poles and lines will need to be replaced, particularly on the Gulf coast.

Duke Energy, the dominant utility in the northern half of Florida, had about 13,000 outages with the outer bands of Irma sweeping across the region.

The power companies said they have extra crews on hand to try to restore power -- when it becomes safe to do so.

Hurricane Irma began its assault on Florida early Sunday, later making landfall with top sustained winds of 130 mph. The center of made landfall on Cudjoe Key in the lower Florida Keys at 9:10 a.m. ET, according to the National Hurricane Center in Miami.

The storm's center was forecast to move up the state's Gulf Coast. But the effects were being felt far from the center because of Irma's size.

"This is a life-threatening situation," the hurricane center posted.

There are roughly 7 million residential power customers in the state.