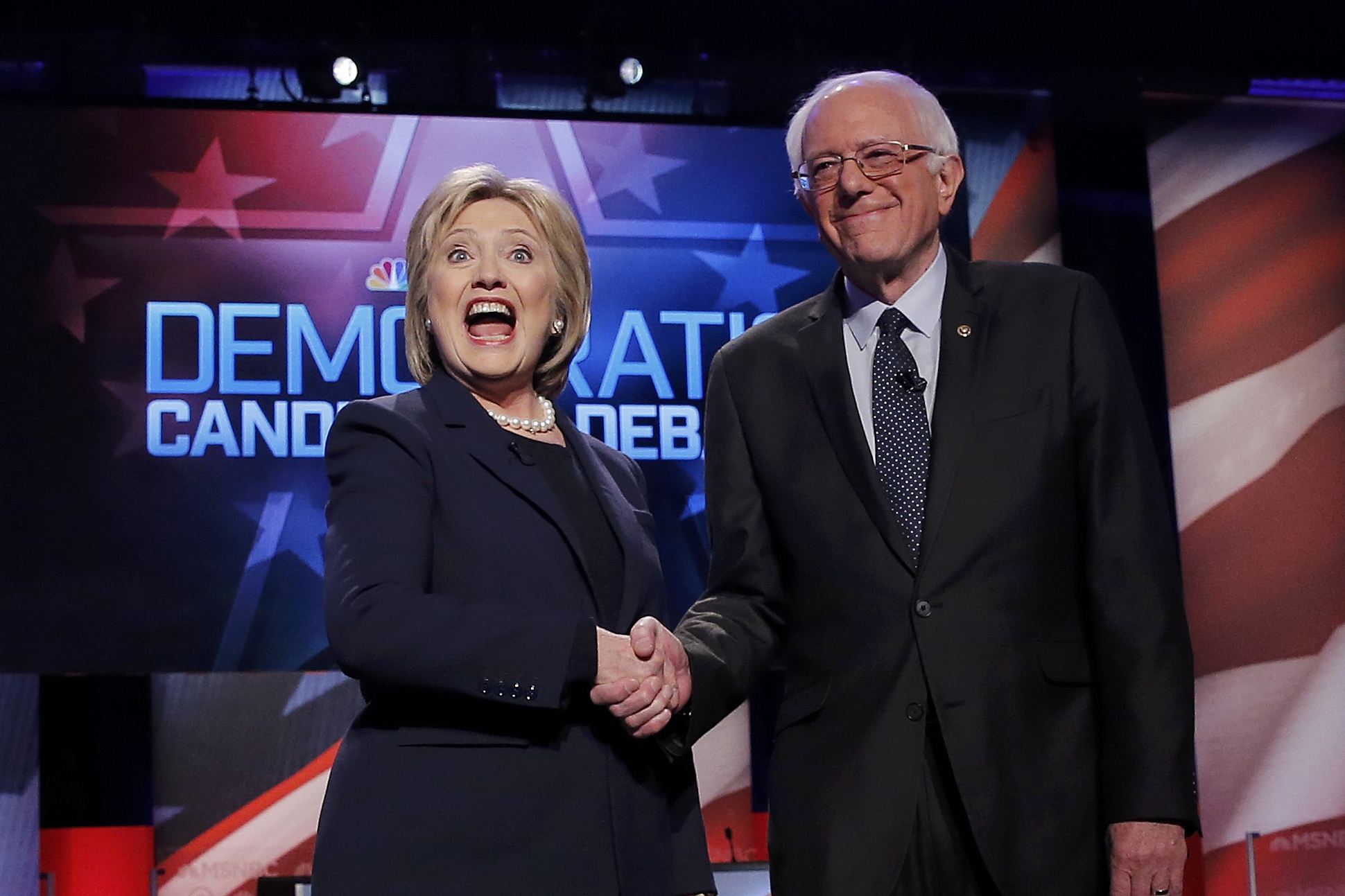 On Thursday night, Hillary Clinton and Sen. Bernie Sanders will face off in their sixth debate, just two days after the Vermont independent won New Hampshire's Democratic presidential primary by a wide margin.

PBS NewsHour will host the debate and CNN will simulcast it at 9 p.m. ET from the Helen Bader Concert Hall at the University of Wisconsin in Milwaukee.

The debate comes after Sanders defeated Clinton in the first-in-the-nation primary on Tuesday night. With 93 percent of the vote in, Sanders beat Clinton 60 percent to 38 percent.

At his primary night rally in Concord, Sanders said he believed it was a "record-breaking" or "yuge" voter turnout that led to his victory. According to exit polls, nearly 60 percent of liberals said they voted for Sanders compared to 40 percent for Clinton.

Sanders led with 65 percent of men and 53 percent of women. More than 80 percent of young women between the ages of 18 and 29 also supported Sanders while 56 percent of women over the age of 45 said they backed Clinton. Sanders also benefited from the independents who chose a Democratic ballot.

Clinton, meanwhile, was declared the official winner of last week's Iowa caucuses, beating Sanders by 0.3 percentage points. During her concession speech in Manchester Tuesday night, Clinton said she would fight for "every vote in every state" and acknowledged that she has work to do, particularly in winning over the support of young people.

Just before her speech, Clinton's campaign manager Robby Mook released a memo as polls closed that said the states that hold the March nominating contests are much more important than the first four in February. He said her campaign better represents the diversity within the Democratic party and suggested Clinton will perform better next month because those states have large black and Hispanic populations -- voting blocs that support her more than Sanders.

But on Wednesday morning, Sanders met with civil rights activist Al Sharpton for breakfast in Harlem. Ben Jealous, the former president of the NAACP who recently endorsed Sanders, spoke at a press conference after the meeting and said there is no candidate "fiercer" in standing up for those who struggle than Sanders. Sharpton says he'll probably endorse a candidate after he meets with Clinton next Thursday.

Clinton has the support of the Congressional Black Caucus, which will formally announce its endorsement Thursday in Washington.

The next two contests for the two contenders are the Nevada Democratic caucuses on Feb. 20 and the South Carolina Democratic primary on Feb. 28 where black voters will be a key demographic that both candidates will try to win over.

→ Online: PBS NewsHour will be live-streaming the debate