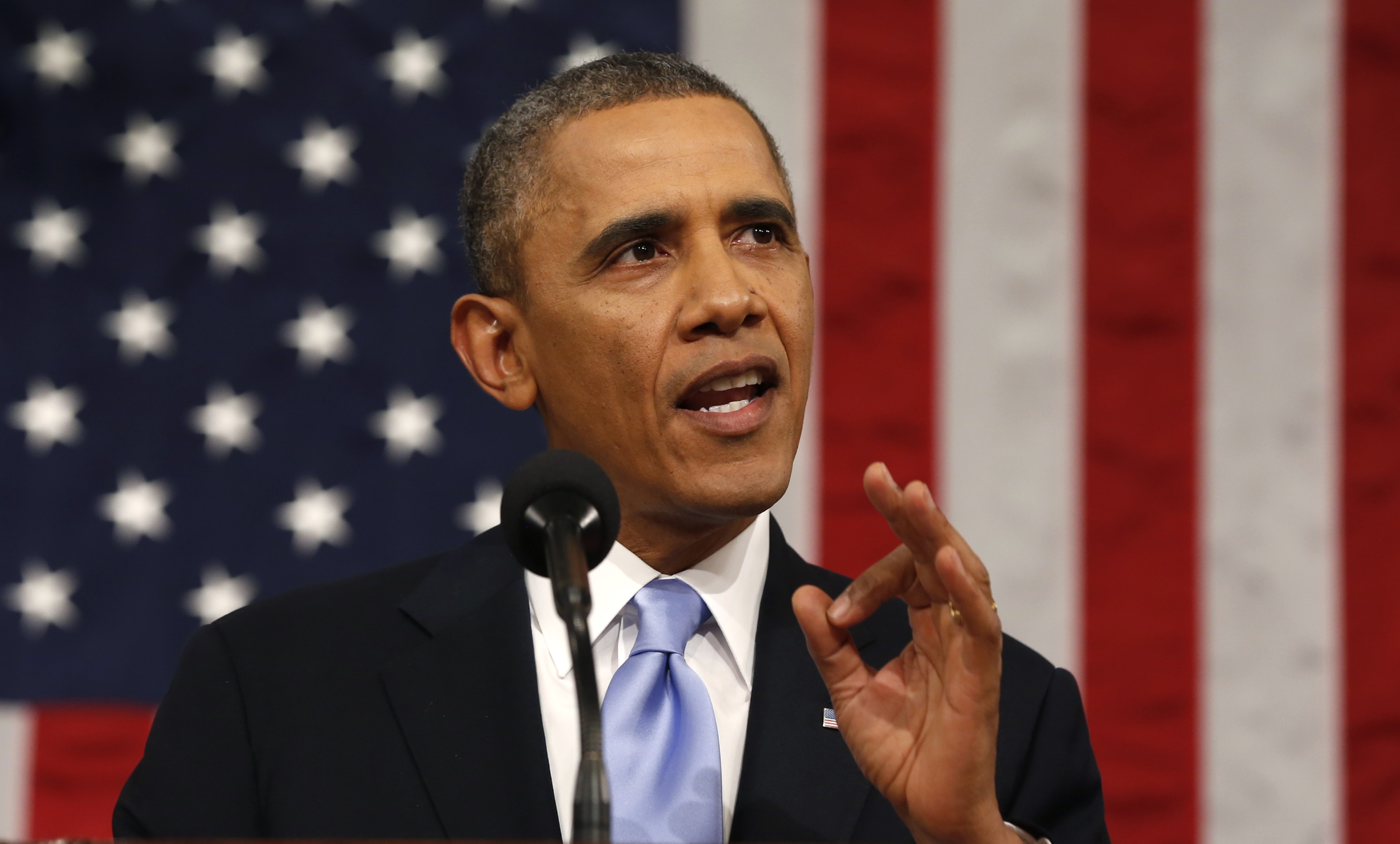 President Obama will deliver his final State of the Union address Tuesday at 9 p.m. and is expected to focus on the future, with the 2016 presidential election at stake later this year.

According to excerpts released ahead of the speech, Mr. Obama will say that Americans must "fix our politics" in order to make progress in the U.S.

The White House has invited a number of people to sit in the box with First Lady Michelle Obama during the address, and one seat has been reserved and will be left vacant to represent "victims of gun violence who no longer have a voice."

Other White House guests include Connecticut Gov. Dannel Malloy (D); the CEO of Microsoft, Satya Nadella; Jim Obergefell, the lead plaintiff in the landmark Supreme Court same-sex marriage case; Spencer Stone, one of the three Americans who thwarted a potential terrorist attack on a Paris-bound train in August; one of the partners of a San Bernardino terrorist attack victim; and a Syrian refugee who moved to the U.S. with his children in December.

The speech, which will be the first with Paul Ryan, R-Wisconsin, as speaker, will come just weeks before the 2016 primary season kicks off in Iowa and New Hampshire. Mr. Obama wants to ensure that a Democrat succeeds him, but he also is focused on plans he'd like to fulfill in his final year in office.

The president, for example, is intent on delivering a plan to Congress that would permanently close the Guantanamo Bay prison. He has challenged Congress to consider a new war authorization against the Islamic State in Iraq and Syria (ISIS). Criminal justice reform and getting approval for the Trans-Pacific Partnership are also among Mr. Obama's final priorities.

South Carolina Gov. Nikki Haley (R) is scheduled to deliver the Republican response after the address. According to excerpts, Haley is expected to rebut not only the president, but also Donald Trump.

Who attends: Vice President Joe Biden will sit behind the president, next to Speaker Ryan. Members of the House and Senate will file into the House chamber for the speech. Some of the 2016 GOP presidential candidates will be there. Sens. Marco Rubio and Rand Paul will attend, but Ted Cruz is skipping it in favor of his own campaign event in New Hampshire. New Jersey Gov. Chris Christie will be delivering his state of the state address on Tuesday.

A number of Supreme Court justices usually show up, as well as members of the president's cabinet. There's always a "designated survivor," who is a member of the cabinet designated to be at an undisclosed location when he delivers the speech, in case something happens to the president, vice president and speaker. Transportation Secretary Anthony Foxx was the designated survivor last year.

Kentucky Clerk Kim Davis who spent five days in jail defying a court order to license same-sex marriages will be in the chamber, although no one has revealed which lawmaker invited her.

Rep. Steve King, R-Iowa, on Tuesday said he won't be there, and further, he has reserved an empty seat in the House chamber's gallery during the State of the Union to represent "the lives of more than 55 million aborted babies."

The CBS News digital journalists covering the presidential campaign spoke with people at some of the candidates' events around the country to get their take on the state of the union.