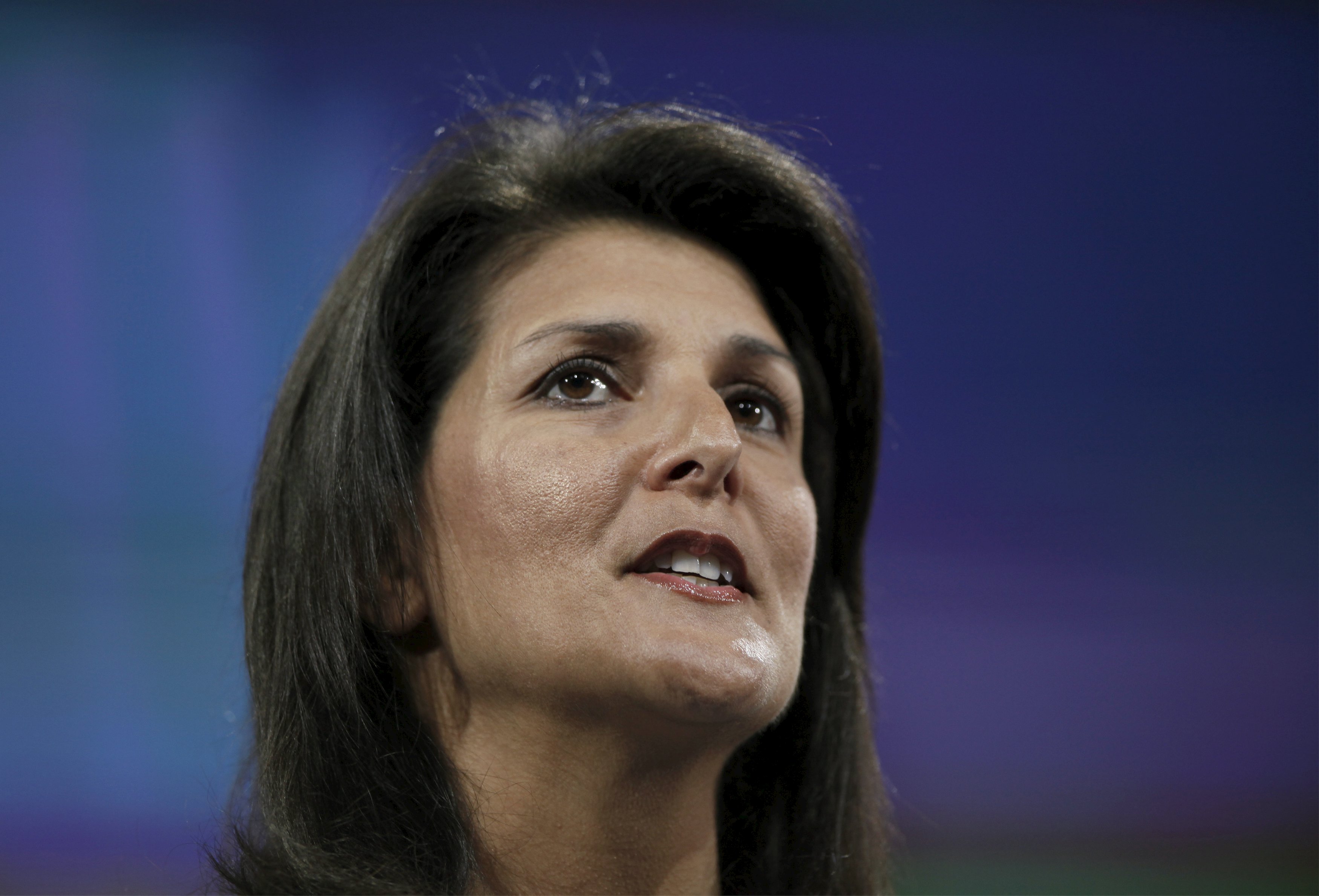 The Republican response to the President Obama's State of the Union address Tuesday evening appears to rebut both President Obama and some of the policies espoused by Republican presidential candidate Donald Trump, according to excerpts released by House Speaker Paul Ryan, R-Wisconsin.

South Carolina Gov. Nikki Haley will deliver the official GOP response after Mr. Obama's speech. She is the first female and first minority governor of South Carolina and the youngest governor in the country. She was first elected governor in 2010 and reelected in 2014.

Haley will argue that the president's record has "fallen far short of his soaring words," according to the excerpts. But she will also recall her heritage as the daughter of Indian immigrants, and call on Americans to "resist the temptation" to follow the angriest voices in politics.

"No one who is willing to work hard, abide by our laws, and love our traditions should ever feel unwelcome in this country," she will say.

The line reads like a response to Trump's call for a temporary ban on all Muslims entering the U.S. in the wake of the shooting in San Bernardino, California.

Here are the advance excerpts of Haley's speech:

"The President's record has often fallen far short of his soaring words. As he enters his final year in office, many Americans are still feeling the squeeze of an economy too weak to raise income levels. We're feeling a crushing national debt, a health care plan that has made insurance less affordable and doctors less available, and chaotic unrest in many of our cities. Even worse, we are facing the most dangerous terrorist threat our nation has seen since September 11th, and this president appears either unwilling or unable to deal with it. Soon, the Obama presidency will end, and America will have the chance to turn in a new direction. That direction is what I want to talk about tonight."

"I am the proud daughter of Indian immigrants who reminded my brothers, my sister and me every day how blessed we were to live in this country...My story is really not much different from millions of other Americans. Immigrants have been coming to our shores for generations to live the dream that is America...Today, we live in a time of threats like few others in recent memory. During anxious times, it can be tempting to follow the siren call of the angriest voices. We must resist that temptation. No one who is willing to work hard, abide by our laws, and love our traditions should ever feel unwelcome in this country."

"If we held the White House, taxes would be lower for working families, and we'd put the brakes on runaway spending and debt...We would make international agreements that were celebrated in Israel and protested in Iran, not the other way around. And rather than just thanking our brave men and women in uniform, we would actually strengthen our military, so both our friends and our enemies would know that America seeks peace, but when we fight wars we win them."

"We have big decisions to make. Our country is being tested. But we've been tested in the past, and our people have always risen to the challenge. We have all the guidance we need to be safe and successful. Our forefathers paved the way for us. Let's take their values, and their strengths, and rededicate ourselves to doing whatever it takes to keep America the greatest country in the history of man."