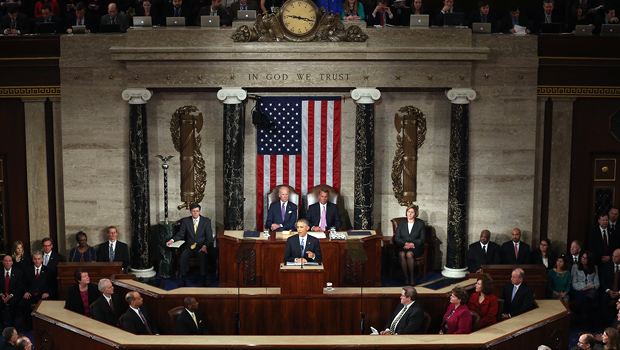 After a recent push by the White House to expand gun background checks, President Obama will take his gun control crusade to the symbolic next level at his final State of the Union address.

On Friday, Mr. Obama announced on a conference call with over 20,000 grassroots supporters that a single seat would remain empty in the first lady's guest box.

According to a White House official, the chair "will be left empty for the victims of gun violence who no longer have a voice - because they need the rest of us to speak for them."

Presidents will often invite guests to the national address that reflect various policy initiatives and priorities for the upcoming year -- like when Mr. Obama's 2015 guest list included Alan Gross, an American freed from a Cuban prison, just as the president announced a new diplomatic push to reinstate ties with the island nation. But the president's gesture for the upcoming Tuesday event is unparalleled during his White House tenure.

This is not, however, the first time a seat at the State of the Union address has remained empty.

According to the Washington Post, a chair was left unoccupied in Laura Bush's guest box in 2003, commemorating the Americans who lost their lives in the terrorist attacks on Sept. 11, 2001.