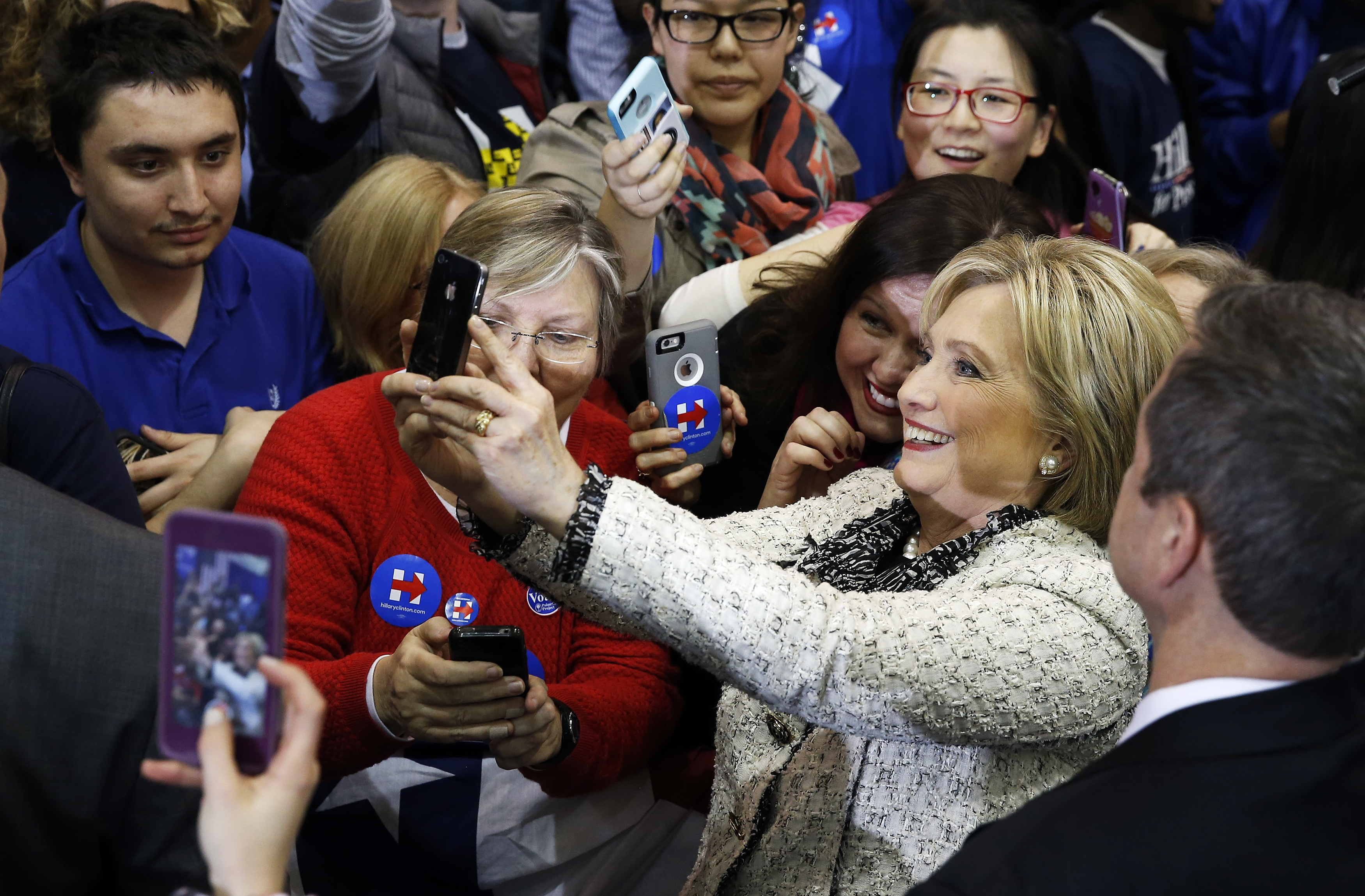 Hillary Clinton won a resounding victory in the South Carolina Democratic primary with the overwhelming support of African-American voters. South Carolina was the first state to test Clinton's standing among black voters. Today's results suggest that she is extremely popular among blacks who trust her -- far more than Bernie Sanders -- to handle the important problems facing the country.

According to the CBS News South Carolina exit poll, 86 percent of African Americans voted for Clinton. Clinton beat Sanders among young and older blacks, among those with and without a college education, and among more and less affluent blacks. Eighty-three percent of African Americans said that Clinton is honest and trustworthy, and 88 percent said they trust her to handle race relations. 94 percent of blacks said they would be satisfied if Clinton were the Democratic nominee.

Clinton has been strongly emphasizing her ties to Barack Obama in this campaign and it appears that this is resonating with African Americans. Eighty-eight percent of blacks in the exit poll said they wanted the next president to continue Obama's policies, and Clinton was the overwhelming choice of these black voters.

African Americans in South Carolina turned out in large numbers Saturday. According to the exit poll, 61 percent of voters were black; only 35 percent were white. What is somewhat surprising is that blacks made up a larger part of the Democratic primary vote today than eight years ago when Barack Obama was running for the nomination.

South Carolina Democratic primary voters are very worried about the future of the U.S. economy and believe that the economy is biased in favor of the wealthy. Fifty percent said they are very worried about the direction of the economy in the next few years and 34 percent said they were somewhat worried. Almost 8 in 10 believe that U.S. economic system generally favors the wealthy.

This should be a reassuring victory for Hillary Clinton, not just in the size of the win, which looks to be even larger then predicted by the pre-election polls, but in what it suggests for Super Tuesday and beyond. African-Americans make up a large fraction of the Democratic electorates in many of the states that will vote on Tuesday and Clinton demonstrated great strength among blacks in South Carolina today. She also topped Sanders among white voters. If this continues it will make it difficult for Bernie Sanders to win many of the Super Tuesday contests.

Stanley Feldman is a political science professor at Stony Brook University and author of the book Going to War in Iraq: When Citizens and the Press Matter