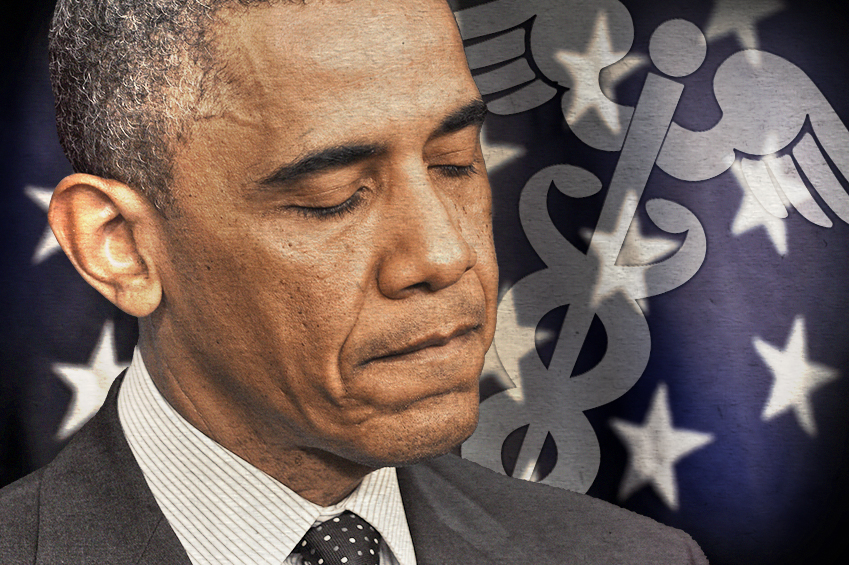 House Republicans on Friday filed their long-threatened lawsuit against the Obama administration for some of the unilateral actions it has taken under Obamacare.

"Time after time, the president has chosen to ignore the will of the American people and rewrite federal law on his own without a vote of Congress," House Speaker John Boehner, R-Ohio, said in a statement. "If this president can get away with making his own laws, future presidents will have the ability to as well. The House has an obligation to stand up for the Constitution, and that is exactly why we are pursuing this course of action."

The lawsuit was filed in the U.S. District Court for the District of Columbia. It is in some ways seemingly counterintuitive.

The GOP-led House is suing Mr. Obama in part for delaying the employer mandate -- a provision of the Affordable Care Act that Republicans in the House don't want to implement anyway. In fact, the House has actually passed a bill (though it died in the Senate) to stop the implementation of the provision. And if the lawsuit were successful and Mr. Obama were forced to implement the mandate, the House would once again pass a bill to stop its implementation.

However, the lawsuit's supporters have said they are more interested in making a broad statement about the need to rein in presidential power than they are about the specifics of the case. The suit was filed one day after Mr. Obama announced unilateral actions on immigration reform that have added fuel to the fire.

"People are looking at this controversy in terms of whether they support health care or immigration reform -- that's not what this is about," Jonathan Turley, a law professor at George Washington University, told CBS News over the summer.

"President Obama did not start this trend toward a dominant American presidency -- it's' been building for some time, but it certainly has accelerated under President Obama. We have a system that is not designed for this type of uber-presidency."

After struggling to find a law firm to take their case to court, the House has hired Turley to do so.

In addition to challenging those changes, the GOP lawsuit says the administration is acting illegally by transferring money to insurance companies without explicit congressional authorization.

The Affordable Care Act explicitly requires health insurers in the Obamacare marketplaces to provide subsidies, or "cost-sharing reductions," to consumers to make them more affordable. The law also explicitly authorizes the government to make direct payments to insurers to pay for those subsidies. The lawsuit filed Friday takes issue with the use of Treasury Department funds to make those payments The speaker's office said that the lawsuit won't deny customers subsidies, since insurers would still be obligated to pay for them -- with or without the government's help.

Over the summer, when Republicans announced their intent to sue Mr. Obama, the president repeatedly dismissed the threat as a stunt.

"I'm not sure which of the things I've done they find most offensive," Mr. Obama said wryly at a public event in Minneapolis in June. "But they're going to sue me for doing my job."

The Democratic party, meanwhile, has been using the Republican tactics to make fundraising appeals. Democratic National Committee Chairwoman Debbie Wasserman Schultz on Friday posted a message to Twitter about the lawsuit, with a link to a page where Democratic supporters could make donations to the party. "Unlike our opponents, we don't take money from special interests, corporate lobbyists, and political action committees," the page reads.