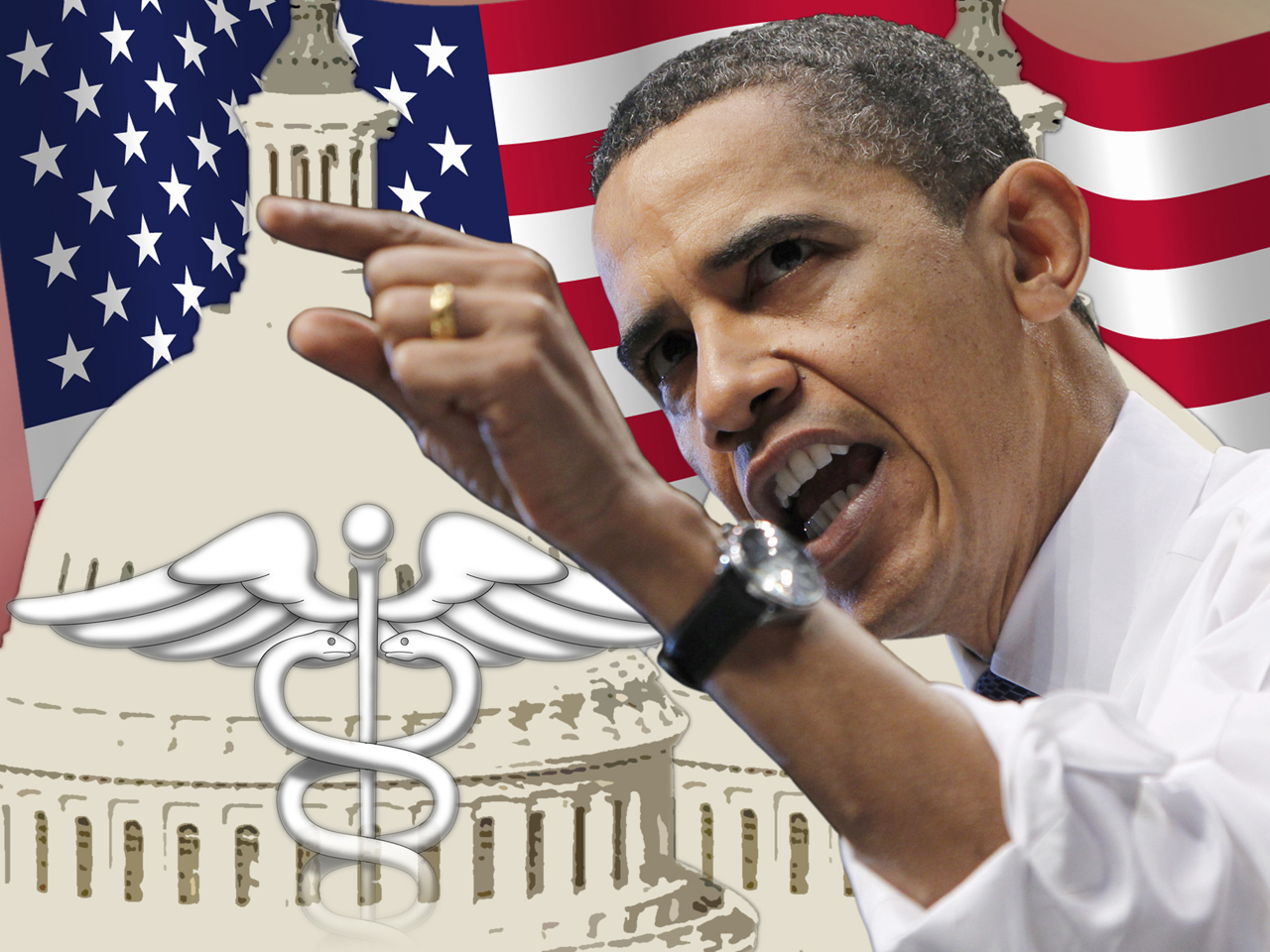 On Tuesday, the Obama administration announced a major change to the implementation of its landmark health care law, delaying by a year the requirement that all businesses with more than 50 workers provide health-care coverage or pay fines of $2,000 per employee.

While the administration made the announcement with little fanfare, insisting the rest of the Obamacare rollout would continue unabated, the delay changes the game in a number of ways. Given how interconnected all the elements of the Affordable Care Act are, delaying the employer mandate could have a ripple effect on other parts of the law -- including its price tag. On top of that, the legal underpinnings of the administration's move could have broader consequences for presidential power. Those consequences, meanwhile, will certainly change the political dynamics surrounding the ongoing debate over health care.

Here's a look at three key questions about the impact of the employer mandate delay:

How will this affect the rest of the Obamacare rollout?

It's worth noting that some significant parts of the Affordable Care Act are already in effect. Currently, the law stops insurance companies from denying coverage for children with pre-existing conditions, and it eases prescription drug costs for seniors. Insurers are now required to spend at least 80 percent of premiums on actual health care, rather than overhead expenses. Children under 26 years old are now able to stay on their parents' insurance plans, enabling 3.1 million more young adults get health insurance.

Most of the key pieces of the law, however, were slated to go into effect at the same time as the employer mandate. That includes the individual mandate -- the requirement for all Americans to acquire health insurance. It also includes the implementation of the health care exchanges -- state-based, online marketplaces where individuals and small businesses can comparison shop for health insurance. Open enrollment for the exchanges is slated to start in October of this year, three months before they are up and running. In a White House blog post, White House senior adviser Valerie Jarrett wrote, "We are full steam ahead for the Marketplaces opening on October 1."

Still, the many different parts of the Affordable Care Act were designed to work in concert with one another -- and delaying the employer mandate could impact which Americans are exempt from the individual mandate, or who gets subsidies to purchase insurance on the exchanges.

Tim Jost, a professor of health law at Washington and Lee University, noted in a blog post Tuesday that consumers will be eligible for subsidies based on the level of health coverage their employer offers them (if any). However, Jost wrote, "If employers have no obligation to report coverage, how will the exchanges or the IRS verify claims that coverage is unaffordable or inadequate?"

Even if consumers can report that information themselves on their tax returns, Jost continued, "Will the lack of an employer mandate mean that many more individuals will become eligible for premium tax credits, either because their employers drop or do not expand coverage, or fail to respond to requests to verify coverage?"

In other words, delaying the employer mandate could throw off projections regarding how people get health insurance in the next year, and as well as projections of Obamacare's cost.

Jost, along with the conservative think tank the Heritage Foundation, note that the nonpartisan Congressional Budget Office estimated that the employer mandate would bring in $10 billion in the first year alone from the penalties imposed on businesses who failed to provide coverage. That's $10 billion less in revenues from a policy that's already having funding issues.

While some supporters of the health care law -- like House Minority Leader Nancy Pelosi, D-Calif. -- have tried to put a positive spin on the delay, others are expressing concern about it.

"The employer responsibility provision included in the Affordable Care Act (ACA), while not as strong as we asked for, was designed to give large employers an incentive to offer or continue offering affordable, comprehensive health care coverage to some of their employees," AFL-CIO President Richard Trumka said in a statement. "The Administration's announcement that it is delaying employer responsibility assessments until 2015 is troubling because it removes that incentive for next year. In light of this decision, we believe it is even more urgent for Congress and the Administration to reaffirm their commitment to employer responsibility."

Is this even legal?

Given that the different parts of the law were expected to work in concert with one another, the Affordable Care Act specifically dictates when they're supposed to start. The law says the employer mandate "shall apply to months beginning after December 31, 2013." At the same time, the law also gives the administration flexibility in implementing the new rules, giving the Health and Human Services secretary broad discretion to create regulations.

Still, some lawmakers are questioning whether the president has the authority to just ignore the 2014 deadline written into law. In a statement, Rep. Phil Roe, R-Tenn., said he's "going to get to the bottom of this question."

"This action raises a lot of questions about whether the Obama Administration can simply ignore the law when it's convenient for them," said Roe, who serves as chairman of the Subcommittee on Health, Employment, Labor, and Pensions. "I have asked Congress's research arm to investigate because I don't think any president has the authority to pick and choose what parts of law to follow."

It's not unheard of for presidents to use their executive power to ignore or alter congressionally-mandated policies. President Obama has done so multiple times, such as when he decided to issue waivers to states that wanted an exemption from the No Child Left Behind Law.

Still, William Howell, a politics professor at the University of Chicago who specializes in the separation of powers, said he couldn't think of another example in which a president flexed his executive muscle to reinterpret a law so closely associated with his own administration. The Affordable Care Act, after all, is one of Mr. Obama's signature achievements.

"It's bizarre," Howell said. "There is a long and tortured legislative history associated with this law, and it took a lot of oomph on the part of the president to get it through -- he's now backing off of it, and I'm sure he has good reason to do so."

Howell pointed out that it's highly unlikely Congress will get its act together to force his hand one way or the other on the law, and the courts won't have time to take any relevant action, "so politically there's this space in which he can operate."

"If it were a President Romney in office right now pushing the start dates forward by a couple of years, you could well expect a whole lot of hollering from the left," he said. "But Obama appears to be getting away with it."

Howell said the broader question about this move is what kind of precedent it will help set for the future use of executive power.

"We all say, 'Of course the president has these powers,' but they're manufactured," he said. "This contributes to that larger project."

Does this change the political dynamic?

While it's unlikely today's hyper-partisan, divided Congress will be able to respond legislatively to the administration's moves, the delay certainly adds fuel to the conservative narrative against the law.

"It sort of contributes to the feeling that the Affordable Care Act is a jalopy they're trying to roll out of the driveway here at barely operational for the president. That's not good," CBS News political director John Dickerson said on CBS This Morning on Wednesday.

In a joint statement Wednesday, House Republican leaders argued the delay reveals that all elements of the law -- including the individual mandate as well as the employer mandate -- are unworkable.

"The President owes the American people an answer: why does he think businesses deserve a one year delay from the mandates in ObamaCare, but middle class families and hardworking Americans don't?" they said. "It's time to put people first, repeal this entire law, and start over with patient-centered reforms that protect families, improve our health care system, and restore personal freedom."

The change in implementation also gives Congress more opportunity to exercise its oversight functions, putting more negative scrutiny on the law. While Poe is looking into the legal tenets that give Mr. Obama to delay the mandate, House Republicans on the Energy and Commerce Committee are investigating what led to the delay.