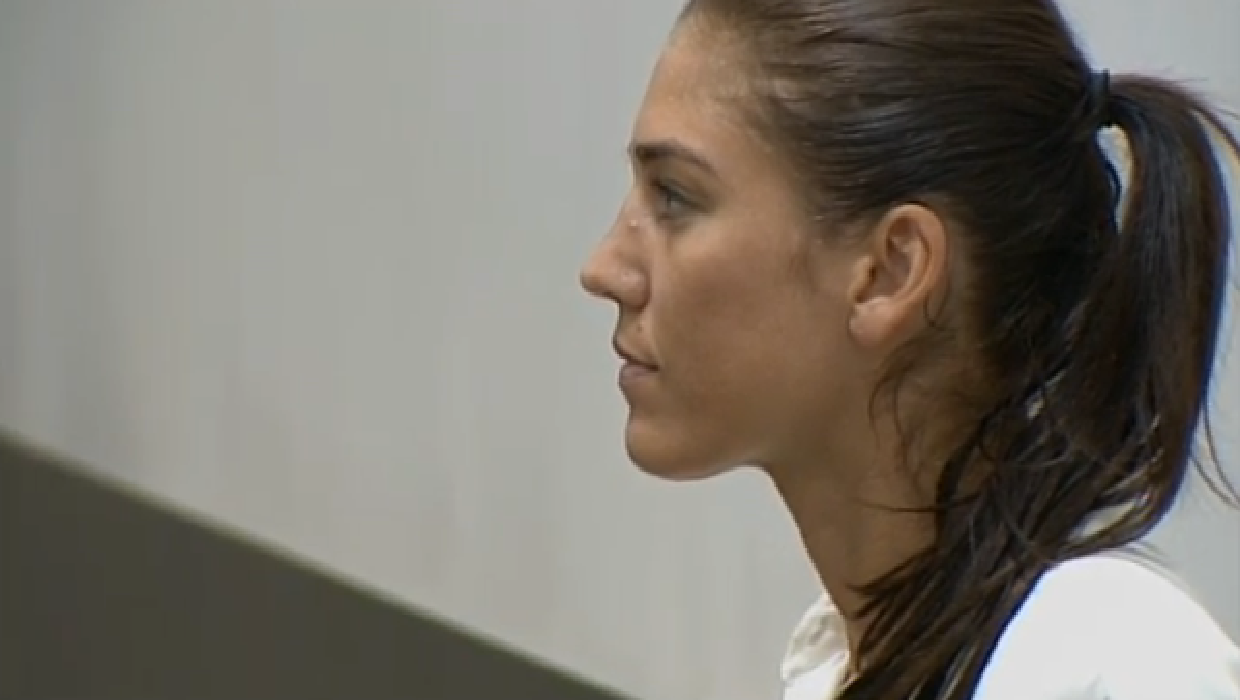 Solo, who also plays for the Seattle Reign of the National Women's Soccer League, posted her apology on her Facebook page and also posted a link to the statement on her official Twitter account.

"I love my family dearly. We, like all families, have our challenges but my sincere hope is that we are able to resolve this situation as a family," she said. "Adversity has always made us stronger and I know this situation will be no different."

Solo pleaded not guilty to two counts of fourth-degree domestic violence Monday in a Kirkland, Wash., court and was released without bail.

She is accused of assaulting her sister and 17-year-old nephew at her sister's home in suburban Seattle early Saturday, June 21. Her lawyer claims the goalkeeper was a victim in the altercation.

"I understand that, as a public figure, I am held to a higher standard of conduct," Solo said. "I take seriously my responsibilities as a role model and sincerely apologize to everyone I have disappointed."

Her next court appearance is scheduled for Aug. 11.

Solo's 17-year-old nephew told police she was upset and appeared to have been drinking when she arrived at a family gathering. She and her nephew got into a fistfight after arguing about his acting aspirations and she called him fat and crazy, according to court documents. When the boy's mother tried to break up the confrontation, Solo punched her in the face, the documents said.

The nephew broke a broom over Solo's head and the teen pointed a broken BB gun at her and tried to get her to leave, the documents said.

"Hope is not guilty of any crime," her attorney, Todd Maybrown said in an email to The Associated Press. "In fact, our investigation reveals that Hope was assaulted and injured during this unfortunate incident. We look forward to the opportunity to present the true facts in court and to having this matter behind Hope very soon."

Solo married former Seattle Seahawks tight end Jerramy Stevens in 2012. He was arrested just before their wedding for investigation of assault after a disturbance involving Solo, but he was not charged. Maybrown represented Stevens in that case.

Solo said soon afterward that there never was an assault and that she and her new husband were happy.

On Thursday she posted a photo of herself with Stevens and two others holding an American flag to cheer on the U.S. men's team in the World Cup.

In her last appearance for the U.S., Solo had her 71st career shutout, a 1-0 victory over France on June 14 in Tampa, Fla.

She did not appear in the team's second match against France last week in East Hartford, Connecticut. Ashlyn Harris started in Solo's place in the 2-2 draw.

The U.S. women's team does not have any additional matches planned at this time before October's CONCACAF qualifying tournament for the 2015 World Cup in Canada.

"I look forward to getting back on the field where I belong with both Seattle Reign FC and the US Women's National Team," Solo said in her statement.