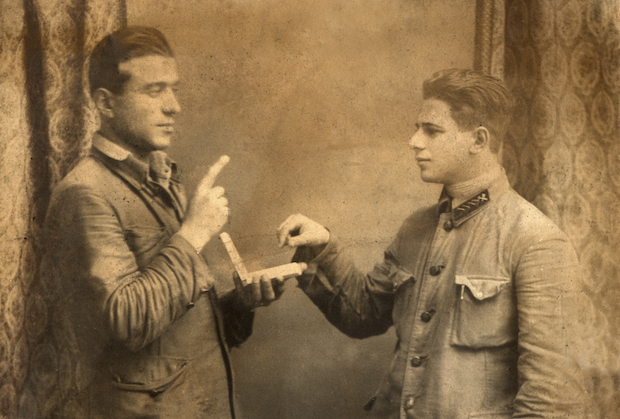 Historical data shows that women have been living longer than men for more than a century.

A new study of people born between 1800 and 1935 shows that once infectious diseases were brought under control, men between 50 and 70 years old died twice as often as women -- and their rates of death were higher at any age. The cause, like today, was most often heart disease.

"There's a complex story here, that as you unpack it, involves both human lifestyle, and behaviors that are sex-linked," Dr. Caleb Finch, Professor in the Neurobiology of Aging at the University of Southern California told CBS News.

"Men take more risks and things. Men in many countries are the dominant smokers. But underlying it is some deeper biology."

The study of more than 1,700 people from 13 developed nations analyzed the reasons and the ages people died. It was conducted by Dr. Finch, lead researcher Dr. Eileen Crimmins, Professor of Gerontology at the University of Southern California and Research Associate Hiram Beltrán-Sánchez.

The deep dive into history gave the research team a group they could study across their entire lifespans, to age 90. Using a public research tool assembled in the past decade called the Human Mortality Database, they followed this "cohort" group of people from birth, instead of looking only at causes of death. This method removed some of the differences between people who lived in different eras. The subjects of this study experienced the same significant public health and lifestyle changes.

"There was already improvement in the environment that reduced deaths from infections," said Finch. "But, the benefits clearly emerged as greater for women than for men."

Increased heart disease among middle-aged and early older-aged men in the cohort born between 1880 and 1935 was the most common cause of death. Researchers found links to both lifestyle and biology.

Around the turn of the century, smoking became more popular and men started the habit earlier. Smoking contributed to a 30-percent increase in the death rates of men born between 1900 and 1935 and 20 percent for the group born earlier, between 1880-1899. There was no measurable death increase from smoking, for women.

Diet changes for men, which were healthier in some ways but also included more saturated fats, was another factor in increased heart disease.

"That's less certain and more uneven quality," said Finch, "but it certainly allowed us to show that there was in increase in fat consumption for some of these countries that matched their male vulnerability."

Researchers noted that the lifestyle choices that helped contribute to earlier and more frequent deaths from heart disease for men in this study -- poor diet and more smoking -- persist in modern medicine.

This investigation also drew on new research on the disparities between the sexes in aging: there may be measurable biological differences between men and women when it comes to heart disease.

Early research says women may be more protected from heart disease by the hormones present before menopause, which could be a lasting buffer against artery plaque and other cell breakdowns.

"There's intrinsic sex differences in biological vulnerability that have nothing to do with culture, they are which sex chromosome you inherited at fertilization," said Finch. "So having an X or a Y makes a big difference at the cellular level to the health of the cell and its resistance to stress. There's some deep biology here that hasn't been explored in any depth."