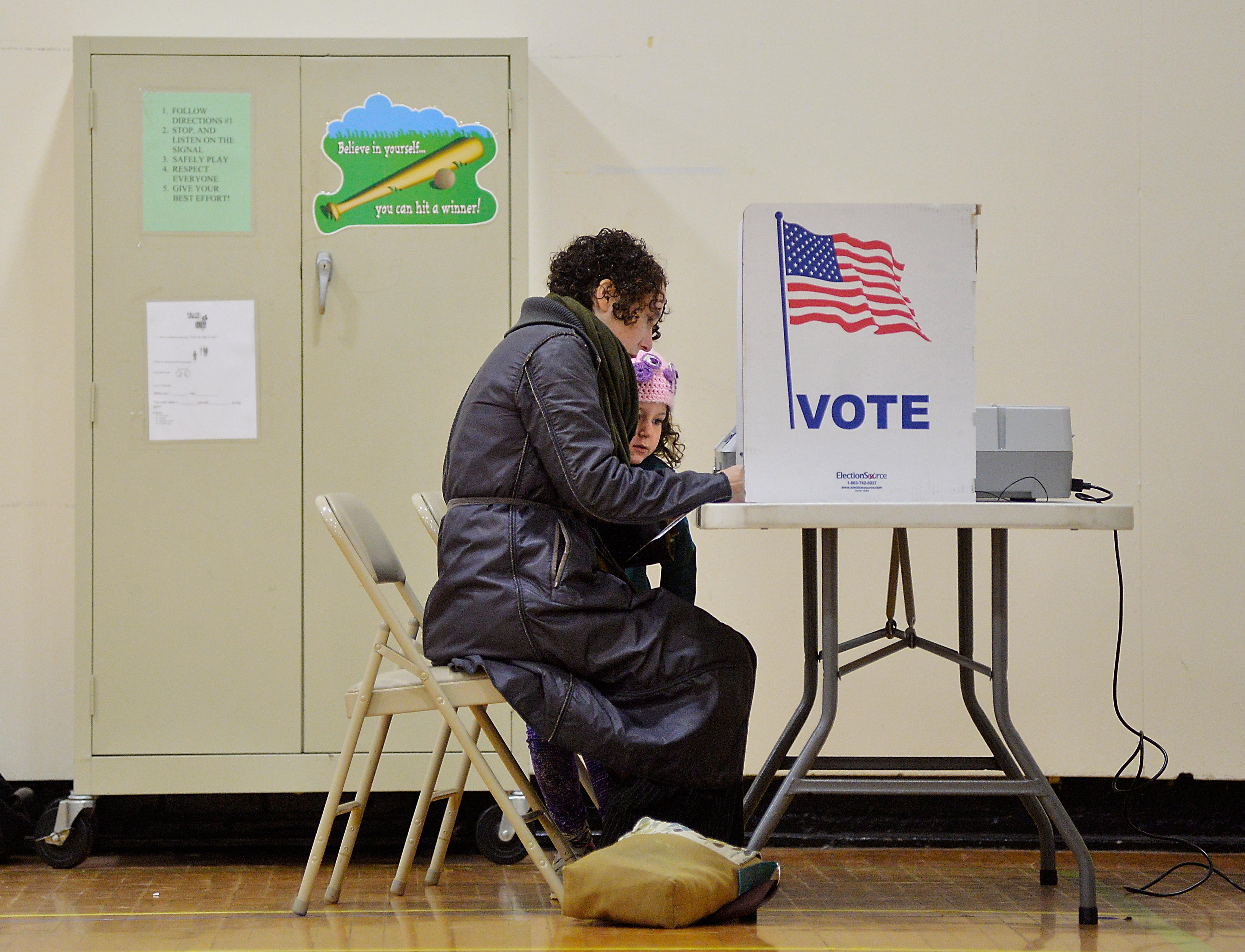 Hillary Clinton is on track to win the national popular vote in the 2016 presidential election, but lose the Electoral College, becoming the second candidate in modern U.S. history to experience that outcome.

It happened 16 years ago to then-Democratic presidential nominee Al Gore after an attempted recount in Florida. George W. Bush’s victory in the Electoral College prompted calls to abolish the system that has decided presidential elections for nearly 230 years. Efforts to get rid of it have fizzled out since 2000.

But Clinton’s popular vote feat is again raising questions about the Electoral College’s legitimacy. Disappointed Clinton supporters are chatting about its elimination on social media and petitions are circulating online in support of getting rid of it. The national field director for Clinton’s campaign, for example, tweeted about it.

Progressive website MoveOn.org has a petition to end it, and even the president-elect himself has railed against it in the past. Trump has reportedly deleted tweets he posted in 2012 in which he wrote, “The phoney electoral college made a laughing stock out of our nation. The loser one!” He also tweeted, “He lost the popular vote by a lot and won the election. We should have a revolution in this country!” In fact, Mr. Obama won the popular vote in 2012 and 2008 by several million votes.

The Electoral College is a process that was established by the Constitution that says a candidate can only be elected president if he or she wins a majority of the 538 electors -- securing 270 electoral votes to win the White House. Most states, except Maine and Nebraska, award their votes based on the candidate who wins the most votes in the state. The final outcome doesn’t become official until Congress counts the votes in early January after electors in each state cast their ballots for president and vice president in mid-December.

Before 2000, only twice before, since the beginning of the two-party system, has the winner of the popular vote lost the presidency -- and the other two occurrences were in the 19th century. Hundreds of proposals have been introduced in Congress over the years to get rid of the Electoral College, but few have gained traction because of how challenging it is to amend the Constitution. A proposed amendment would have to be approved by two-thirds of both the House and Senate and then ratified by at least 38 out of 50 states. The closest Congress has come to amending it since 1804 was in 1969 when the House passed a resolution that proposed the direct election of a president and vice president, but it failed in the Senate.

A movement to implement a plan that would elect the president based on the national popular vote, without technically eliminating the Electoral College, has been slowly spreading across the U.S. over the last decade. The plan has been introduced in 50 state legislatures and so far, 10 states as well as D.C. have passed such legislation totaling 165 electoral votes.

The states so far that have passed the measure are only traditionally Democratic-leaning states and none is a battleground: California, Illinois, Hawaii, Massachusetts, Maryland, New York, New Jersey, Rhode Island, Vermont and Washington state. And it’s passed in one chamber in 12 more states that add up to 96 electoral votes. If enough additional states also passed the plan so that they have added up to at least 270 electoral votes, the plan could actually take effect. Should they reach that magic 270 number, the states that passed the measure would give their electoral votes to the candidate winning the national popular vote.

“I feel very bullish about the popular vote proposal,” said Rob Richie, executive director of FairVote, which supports the plan. “I think that there’s every reason to expect that it will pass if not by 2020, by 2024. I think it actually has a real shot for 2020.”

Efforts to distribute electoral votes based on winners of each congressional district in each state have popped up in states like Pennsylvania and Virginia, according to The Washington Post.

Experts say it’s not completely clear what reform would lead to except that it’s clear that big cities would play a much larger role in presidential elections.

“What you will see is significant money in New York and in Houston, in Miami, in LA and in Chicago,” said John Hudak, deputy director of the Center for Effective Public Management at the Brookings Institution. “You’ll see big cities in red states, big cities in blue states being targeted. You’ll see rural areas in blue states getting targeted by Republicans as well.”

Hudak said it would be “too difficult” to get rid of the current system, but it could happen if there are more presidential elections close together that wind up with the same outcome as 2000 and 2016.

Hans A. von Spakovsky, senior legal fellow at the conservative Heritage Foundation, supports keeping the system and expressed doubts about its elimination.

“I know that over the past 200 years, there have been dozens and dozens of proposals to do it and it hasn’t happened so far,” he said.